Do you have to worry about WoW? 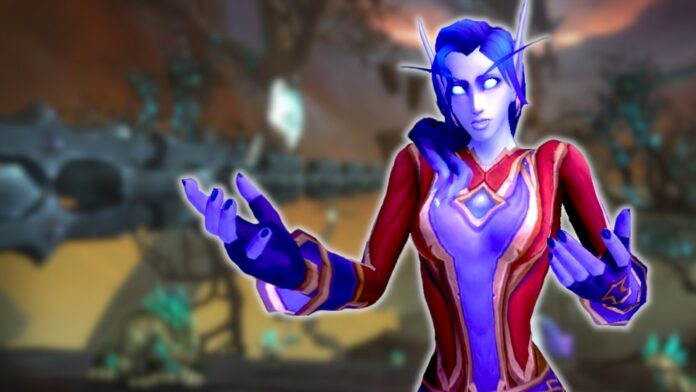 Loot problems, still no information about patch 9.1 and cancelled payment options. Currently, WoW seems to be in crisis. But do you really have to worry?

World of Warcraft is like a never-ending roller coaster ride. It’s always going up, then down again – and somewhere in between there’s a loop. That’s not unusual for a game that’s been captivating hundreds of thousands of people for 16 years.

But if you’ve been following the news about WoW lately, you might doubt the continuity of this roller coaster: Blizzard is breaking the release date that has always been kept since Burning Crusade, payment options are suddenly dropped, and there are only esoteric solutions for the ongoing loot problem so far.

To top it all off, doubts about the new major content patch 9.1 have arisen in the last few days. The patch is titled Chains of Domination and is supposed to bring new content in the form of areas, quests and dungeons, or raids, into the game, which will provide a breath of fresh air.

According to Twitch partner and WoW veteran Towelliee, however, the work on the update is frustratingly protracted, which could ultimately lead to the cancellation of planned content. So far, this has not been confirmed by the official side. We also don’t know when Patch 9.1 will be released. At least a release on the PTR should have happened long ago.

Two steps forward, one step back

Of course, not everything that happens in WoW is bad. Blizzard has certainly proven with its Shadowlands addon that they understand the basic wishes of their community.

With the introduction of pacts, the rougelike dungeon Torghast, and the level crush in the pre-patch, there was a lot of fresh air in WoW. Blizzard also threw out many annoying random loot mechanics and reduced the loot to a few, but more useful items.

So far so good – if the problem with the loot didn’t go to the other extreme: Instead of being overwhelmed with meaningless items, there’s now just about nothing at all. Every week you’ll draw a guaranteed item from the large treasure trove.

Apart from that, however, many players will spend most of the remaining six days looking down the tube. If things go really badly, you’ll complete a whole series of Mythic Plus dungeons and end up with nothing. Blizzard wanted to solve this problem with patch 9.0.5. However, as indicated above, they are complicating the problem rather than solving it.

With the return of the Valor Points system, you can now upgrade any item you get in mythic dungeons with just those points. This is assuming you got the item after patch 9.0.5 and have already completed the necessary keystones to upgrade that item.

Instead of simply increasing the loot a bit, a dusty point system (which was already abolished once at the end of Mists of Pandaria) is now being used to try to somehow get around the problem. The result is yet another currency, more grind, and little help for such a seemingly simple system.

Blizzard takes two steps forward and one step back, so they end up going in the right direction, but nowhere near as fast as they could.

Speaking of moving forward quickly: Patch 9.1 is also supposed to work on the loot problem and iron out what can’t be smoothed out in 9.0. However, it will probably be a while before you can actually play the new content patch – after all, it’s not even available on the official test servers yet.

If we look at the patch history of the last big content patches in comparison, a certain line is noticeable. Until now, the first major X.1 patches always appeared on the official test server one or two months after the release of the addon. After a testing period of one to three months as well, they were then uploaded to the live server for everyone.

This is not the case with Shadowlands. The addon was released on November 24, 2020, so according to the previous procedure, patch 9.1 should have landed on the test server in December or January. Instead, we didn’t get Patch 9.1 until February 2021 at Blizzcon.

Blizzard seems to be anything but on schedule, which means for the rest of the development that we probably have to expect the next big patches like 9.2 or 9.3 much later than usual.

Whether one of the big patches will end up being dropped altogether due to lack of time or in favor of a new expansion is also conceivable and is one of the biggest fears of many WoW fans.

To be fair, we must of course note here that Shadowlands, unlike all other expansions, has to contend with more difficult conditions. The Corona pandemic and also the major fire in Irvine, where Blizzard’s headquarters are located, naturally affect the development of the addon.

However, a sinking feeling in the stomach remains. As if you are slowly rolling towards a precipice with your roller coaster, which might be steeper than the last one. The worry that in the end, content might be cancelled due to time constraints and Blizzard might be in bigger trouble than we thought is there, and given the lack of Patch 9.1 and the waves of layoffs in the development studio, it’s not unjustified.

However, you should not worry too much for the time being, because a postponement can also mean that the developers take the time they need to give Patch 9.1 the necessary quality. In this way, they would be doing exactly what many other development studios keep wishing for.

The decision to tackle many smaller issues first with update 9.0.5, instead of pushing ahead with the release of 9.1 by hook or by crook, was the right one. While the bravery points system may be far from mature, it sends an important signal: Blizzard takes the problems and concerns of its community seriously and wants to solve them.

Whether they ultimately succeed in solving these problems is another matter. But the will is there. The coming months and Patch 9.1 will show how the wild roller coaster ride will continue – whether we will move upwards or downwards.