Valorant: This is how weapons play

Despite the latest cancellation of the gameplay event for VALORANT due to the coronavirus, there is new information about Riots Shooter almost every day.

One of the developers, Lead Game Developer Trevor “Classick” Romleski, now answered a variety of community questions in the VALORANT disc. From the shooting behaviour of the weapons to general game design, everything was included. We have collected his most important statements for you. 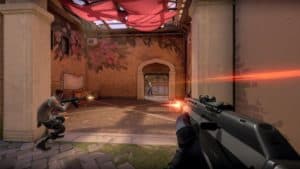 Weapons behaviour orientates itself towards Counter-Strike: Global Offensive
According to Classick, the weapons in VALORANT are strongly oriented towards CS:GO. Many elements are adopted almost one to one.

So the weapons in VALORANT will also have their own spray patterns. Shooting while moving is also not a good idea with most weapons, as this is punished with inaccuracy.

This inaccuracy should even affect some of the agent abilities. Another aspect of CS:GO is the ability to shoot through objects or opponents. So the classic wallbang will also be possible in VALORANT. Also important for Counter-Strike players will be that VALORANT’s weapons will have similar lethality as in CS:GO. For many weapons, one headshot will be enough to eliminate the enemy.

Other aspects such as different reloading sounds and speeds for each weapon are obviously based on the great CS:GO example. For the players of Valves Shooter a change should not be too difficult. 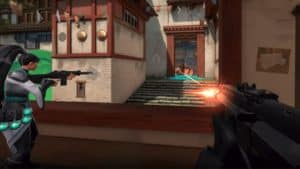 In addition to weapon behavior, major game design decisions have been made with a view to promoting strategic depth. For example, abilities cannot be used simultaneously with weapons to increase risk factors during use. The different characters will also have the same hitbox and number of health points across the board. The background is that agents should be chosen for their personal abilities and not for better characteristics.

Riot’s decision that Health can only be regenerated through abilities is also a similar point. Unlike Call of Duty, for example, early damage can be crucial to the outcome of a round.