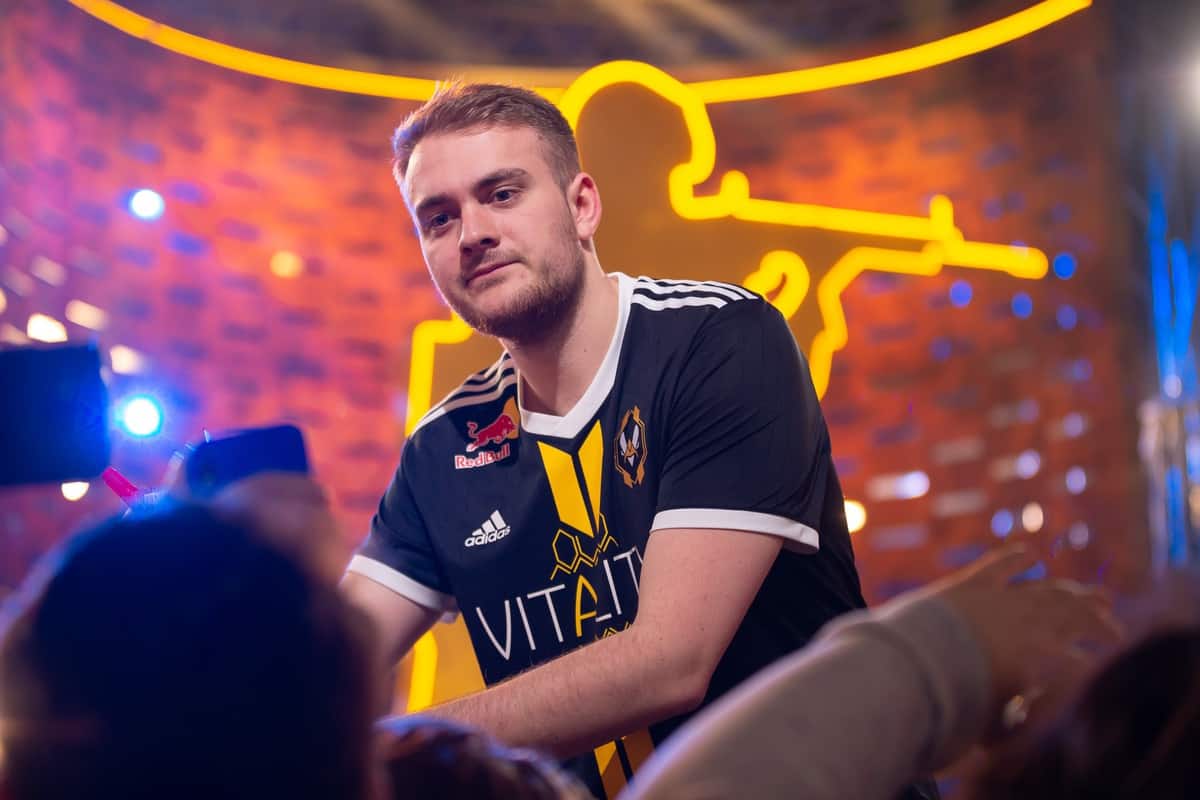 After reports that in-game leader Alex “ALEX” McMeekin is leaving Team Vitality, both the team and the player himself confirmed the rumors.

You may have seen the rumours fly around, I can now confirm that it’s true, I am moving away from playing at (cont) https://t.co/PVmddYzeAo

For Team Vitality, big changes are imminent. Surprisingly the team announced the immediate separation from ALEX. The captain had the reins in his hands for just over a year, but his time with Vitality was crowned with success. Together with superstar Mathieu “ZywOo” Built, he catapulted Team Vitality to the level of the world’s elite. They advanced to second place in the world rankings and won their first major title at the end of last year with EPICENTER 2019.

Although there have been a few setbacks lately, most recently at the IEM Katowice 2020, a change had not been in sight. ALEX cited the strain of permanent travelling as the main reason for the surprising departure:

“Last year we were on the road 36 weeks a year and already in July I had problems keeping up with the travel schedule.”
According to ALEX’s statement it was planned that this year the duration would be limited to 22 weeks. This was made impossible by the commitments with the ESL Pro Tour and the BLAST Premier Series. Accordingly, ALEX took the consequence and resigned from the team.

Is hAdji coming as a replacement?
ALEX had offered his team to continue playing until a replacement was found, but Vitality decided to separate immediately. Rumor has it that Ali “hAdji” Haïnouss from Team LDLC will be the successor of ALEX. With hAdji, Vitality would become a completely French lineup again, even though the communication was already in French.

The next game of Team Vitality is in the ESL Pro League. By March 16th we might be able to see the newly formed team in action.

The current lineup of Team Vitality:

What do you think of ALEX’s departure from Team Vitality? Tell us via social media!