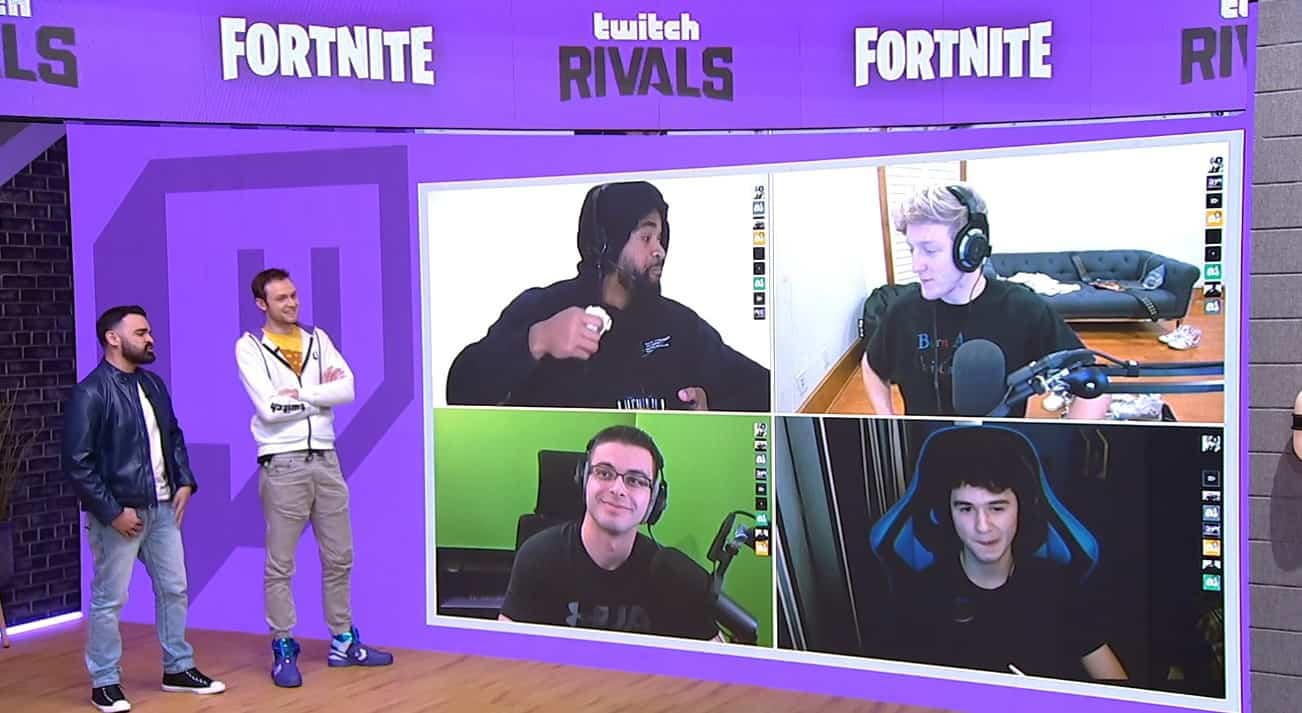 NFL superstars and popular twitch streamers join forces for a Fortnite competition. At the Twitch Rivals Streamer Bowl, celebrity duos play for $500,000 for a good cause.
The Super Bowl weekend is considered one of the biggest highlights in sports. Shortly before the start of the mega-event, the Twitch Rivals Streamer Super Bowl will take place in Miami, Florida, on January 30.

At this event, the popular platform will cooperate with 16 players each from the National Football League (NFL) and Fortnite streamers to put on the spectacle. Superstars of both worlds such as JuJu Smith-Schuster (Pittsburgh Steelers) and Fortnite icon Turner “Tfue” Tenney will form teams. The prize is 500,000 USD, which is to be donated.

Tug of War for the Football Professionals
Who plays in which duo was determined on Thursday at the Draft Showdown. The 16 streamers competed in six games in Creative Mode to collect placement points.

These points then determined the order in which the NFL stars could be selected. This resulted in the following pairings:

Catch all of the action when these Streamer and NFL Superstar Duos square off in Miami on January 30th!

Especially concentrated celebrities can be found in the duos of Smith-Schuster and Fortnite World Champion Kyle “Bugha” Giersdorf as well as Tfue and Cardinals quarterback Kyler Murray.

Focus on Ninja even without participation
However, one big Fortnite name is missing from this event: Tyler “Ninja” Blevins does not participate in the Twitch event. Since August, the streamer has been under contract with the competing platform Mixer.

His influence on the scene will not have been affected by this. The same day the draft took place, developer Epic Games added a ninja skin to the game. Many players were eager to compete with Ninja Avatar.

The moves of a true ninja.

Grab the Ninja Set in the Item Shop now! pic.twitter.com/gu9GlHHG8k