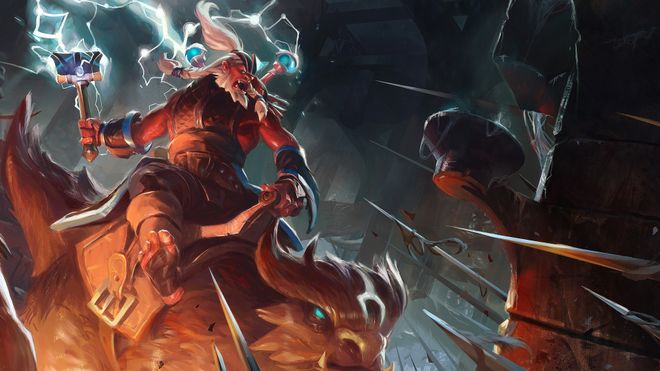 Valve has (once again) made a big hit and banned 40.000 accounts from Dota 2. The reason is said to be the so-called “smurfing”.

Last year Valve already made a name for itself when the publisher took rigorous action against toxic players and banned them from Dota 2 for 19 years.
“Users who have reached such a low level of behavior are too much of a burden for the rest of the community and are simply not wanted.” – Valve said in a blog post at the time.

40.000 is just the beginning
Now it’s the turn of those who are in ranks for whom they are actually too good and experienced. Via the Dota 2 profile on Twitter, Valve announced that “40,000 accounts of players who exploited the matchmaking process” were banned.

We have banned over 40,000 accounts for players who were found abusing matchmaking. These bans will now appear as game bans in Steam as well as being matchmaking bans in Dota 2.

A current update of the Dota 2 client improves the Smurf Detection System enormously and should help against boosting and smurf accounts. A Smurf is a player who deliberately plays in lower ranks despite a high skill level. This results in unfair advantages and disadvantages for all involved players as well as a lot of frustration for the overstrained opponents.

This problem also exists in games such as League of Legends, where the duo queue option is often used to artificially elevate accounts to higher ranks without the advantaged player having worked himself up or having the necessary skills.

We’re making our Smurf Detection System much more sensitive in this update,” said Valve. “This change will be more proactive against potential smurf accounts, could in rare cases give normal players a little extra MMR”.

The Match Making Rating (MMR) affects who a player is matched with. The goal is always to make sure that the skill levels of both teams are as similar as possible.

This rigorous approach may solve some problems, but it also ensures that not a few innocent players will have to face a spell.