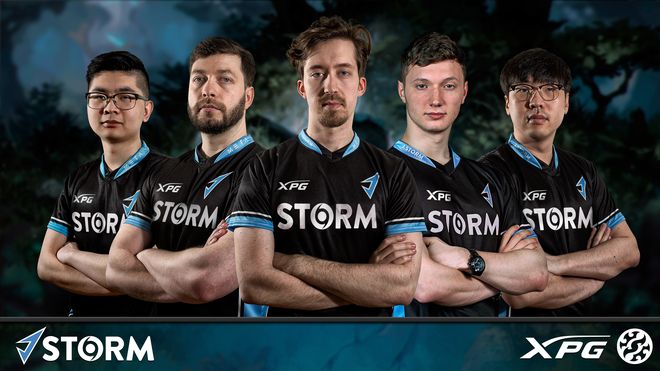 The famous Dota 2 team J.Storm was obviously dissolved. An official statement is pending, information about the team has been deleted.

In the past years J.Storm belonged again and again to the lineup of big and well-known Dota-2 events. But now it seems to be over. So all references to the organization were deleted from the registers of the ESL like Valve. This procedure reminds of the end of Forward Gaming, which disbanded last year.

Two years and end
J.Storm was founded in 2018 in the USA as a pure Dota 2 team. Although the organization was not able to achieve any major successes, J.Storm was able to achieve some smaller victories. The most successful result from a financial point of view was delivered by the organization in the course of the MDL Chengdu Major. Here the team reached the 5-6th place and earned a winning sum of 60.000 US Dollar.

The US-American squad included Leon “Nine” Kirilin, a German professional, who was used on position 2 for testing purposes.

So far there is no official statement about the end of the team. Last year a similar case caused a sensation when Forward Gaming, also a Dota organisation, surprisingly stopped playing and the individual players announced their Free Agency via various social channels.

J. Storm played the supposedly last game in the course of the ONE Esports Dota 2 World Pro Invitationals in Singapore against Alliance.