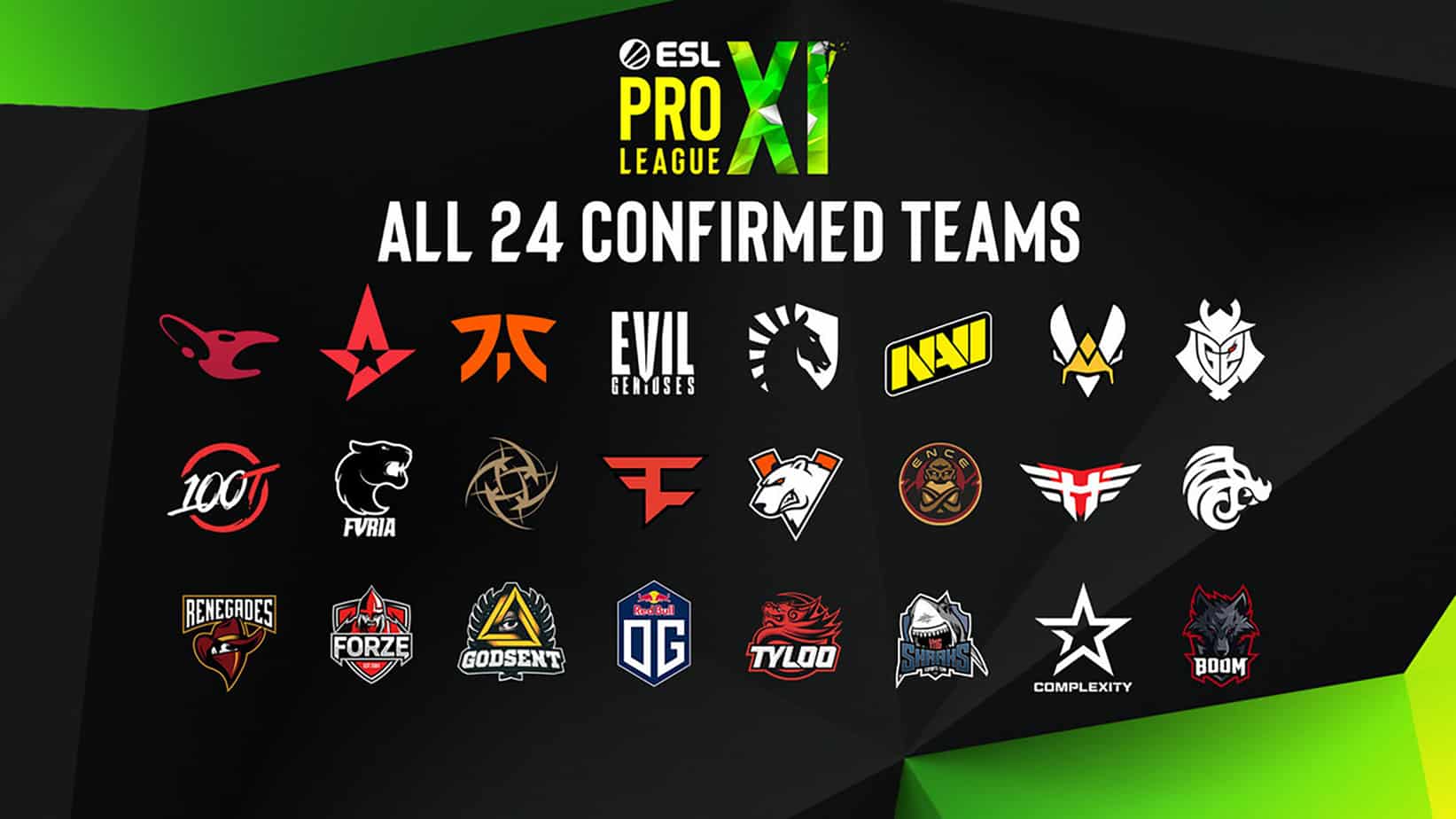 The ESL Pro League has announced its new format. In the future 24 teams from all over the world will play for 750,000 US dollars prize money. A total of 13 of the participating teams have decided to enter into long-term partnerships and will share in the league’s revenues.

The ESL Pro League starts its eleventh season with 24 teams and a completely new format in March. This was announced by the organizer on Tuesday. Among the participating teams are 13 teams that have entered into long-term partnerships with ESL. With this, the ESL has outclassed the American competitor FLASHPOINT, who also wanted to bind the world’s best CS:GO teams in a league format.

Instead of splitting the league into the regions Europe, North America, South America and Asia, as in previous seasons, ESL will rely on a global solution for the coming season. Teams from all regions will already play against each other in the group phase.

We are proud to announce an exciting agreement between us and leading Counter-Strike teams!

You can read up about the 'Louvre Agreement' over at:https://t.co/F6hgyMw26S pic.twitter.com/gzRfi0xdt2

Statement Sebastian Weishaar, CPO of the ESL
“The Louvre Agreement, as we call it, is a clear vote of confidence from the best teams in the world and their players to develop our product further. We will create a platform for stability and growth without restricting new teams and players to come to the top.”

Descent impossible: The advantages of the partner teams
For the 13 teams that have entered into partnerships with ESL, there are several advantages. For example, the teams cannot be relegated, regardless of their performance during the season. Furthermore, the 13 teams get a share of the league’s turnover and are regularly invited to other events of the ESL Pro Tour.

The ESL will start the eleventh season on 16 March with groups A and B. From 26 March onwards the matches of groups C and D will follow. The playoffs start in the fourth week and are scheduled to be played from April 6th to April 12th. The final of the eleventh ESL Pro League Season is scheduled for Sunday, April 12.