Call of Duty: Black Ops Cold War is all about weapons and the next kill. We’ll show you the best weapons for multiplayer, with tips for all weapon classes and powerful setups to try out.

Weapons are a tricky topic in Call of Duty, because every player brings in his own preferences and opinions. But in general, there are always shooting irons that are considered “The Best” by a large group of players, and most of them actually have an advantage over other weapons.

Read more about Call of Duty

Therefore we show you here the best weapons for the multiplayer of Black Ops Cold War, which are currently considered strong in their weapon classes for many soldiers. We keep the article fresh for you on a regular basis and update it when there are major changes in the so-called meta-weapons.

How was this list created? In order to provide you with the best weapons by class, we have watched many videos on the subject, looked at animal lists and also incorporated our own experiences into the evaluation. The most important sources for current changes or assessments are linked at the bottom of the article, directly at the end of the text.

What makes the AK-47 so strong? The Soviet rifle is the only assault rifle to come to the launch of Cold War with the large 7.62 calibre and the developers also gave the classic rifle the greatest damage among assault rifles.

Its first damage range ends relatively early without attachments (at 38.1 meters vs. XM4 at 45.72 meters), but it can knock enemies out of their socks with body hits in just 300 milliseconds. The second best Time to Kill (TTK) in assault rifles is the FFAR 1 (330 milliseconds), which is a bit more difficult to play since a nerf.

The AK-47 can be made into a very stable weapon with a few add-ons and brings along the strong TTK value. A top choice among assault rifles.

What do I have to pay attention to with assault rifles? This weapon class is very popular and the assault rifles are something like the all-rounders among the CoD rifles. The damage is quite good, but doesn’t come close to the MPs. The control is good, but the light machine guns are even better at holding the target.

On the other hand, their range is decent and they offer you a nice mix of everything. Especially good for a beginner’s loadout or if you prefer to put pressure on your opponents from the second row and go less for “Run&Gun”.

What makes the MP5 so powerful? MPs have been considered a very strong weapon class in Cold War since the Alpha phase and the MP5 combines the strengths of submachine guns in a good balance. While the other class representatives are a bit more specialised, the MP5 offers strong but not superior value everywhere:

So while the other MPs shine with a specialization and weaken for it somewhere else, the MP5 brings a strong mixture of all values and puts itself at the top of the MPs, despite a nerf 6 days after release. In addition, the high rate of fire ensures that even a shot can go wrong without you being at a disadvantage compared to other weapons.

What do I have to pay attention to with MPs? With the exception of the AK-74u, submachine guns have a very low bullet speed in Cold War, which you should compensate for with the barrel. Moving targets can be taken under fire much more easily.

Otherwise use the MPs to keep your distance to the enemy. You will only have an advantage if you hit your enemy in the first damage area. You will lose a duel with the other primary weapon classes if the enemy starts firing at the same time. This does not mean that the MPs are useless at longer distances. You just must not get caught first.

What makes the M16 so strong? With the M16 you get a balanced 3-shot salvo rifle, which gives you an excellent time-to-kill and keeps it even at longer distances.

Because in the first damage area the 3-shot salvos are deadly and you knock down your enemies in only 132 milliseconds. A value that otherwise only the one-shot weapons from the sniper or shotgun category crack. In addition, the weapon is pleasantly stable and it is often no problem to sink the 3 bullets directly into the enemy.

What do I have to pay attention to with tactical rifles? All the weapons in this category are either salvo or single-shot rifles and none of them offer an automatic fire mode. This gives you more control over the individual shots, but is not very popular with many players.

The pure single-shot rifles offer a long range, while the salvo guns offer high damage. But what they all have in common is a rather slow playing style. Avoid sprinting and you will stand a chance against MPs.

What makes the Stoner 63 so strong? LMGs are especially well known for their big magazines, and for that they like to lack a bit of liveliness. This class of guns is most comparable to assault rifles, but they are more sluggish, but offer significantly more bullets and a long range.

The Stoner 63 comes closest to the feel of an assault rifle from the LMGs in Cold War, and comes with huge magazines to help you suppress or even eliminate an entire squad on the way to the mission goal.

Especially the good controllability of the recoil, combined with long range, make the LMGs in the CoD of 2020 really strong.

What do I have to pay attention to with light machine guns? Avoid direct close combat duels. You can also use your hip-fire here, but generally you are at a serious disadvantage if you don’t surprise your enemies from the side or from behind.

Rather put enemies at medium or long distances under pressure. With a few attachments for better recoil control, you can build the LMGs into real lasers that give you precise and easy hits even at long distances.

What makes the Pelington so strong? A sniper in Call of Duty usually doesn’t sit on a point forever, waiting for his target to approach. Rather, snipers are very mobile players who travel a lot and try to flank their opponents and send them into the killcam with their one-shot kills.

The Pelington does the best service here. Of the 3 sniper rifles for the release of Cold War it is the fastest and handiest weapon, which makes it predestined for quickscope missions. In addition, the M82 is a little off the mark because as a semi-automatic weapon it does not have the same one-shot bonus on chest hits as the Pelington and the LW-3 Tundra.

What do I have to pay attention to with sniper rifles? Don’t sit at a good point on the map and wait for your enemies, but actively seek out enemies and knock them down with one shot.

However, always take care not to let your opponents get too close. You can also win at close range against MPs with a certain distance, but your greatest strengths are at medium to long range.

This shotgun gives you powerful one-shot kills that, with the right attachments, can go up to almost 10 metres. This gives you a strong melee weapon that can give you many fun and satisfying kills, especially with a run&gun style.

Cold War offers only 2 shotguns for release and in this class it depends on your own preferences. If you play a match with a shotgun as your main weapon, the Hauer 77 is your preferred weapon. If you are looking for a strong secondary weapon, which you always pull when your main weapon runs out of breath at close range, the Gallo SA12 will probably suit you better.

What do I have to pay attention to with shotguns? Shotguns are the melee monsters of Cold War and are frighteningly strong in that area. If you like to be very close to your opponent in your firefights, shotguns should be your first choice.

Be sure to use the “Special Commando” run for the shotguns. With the Hauer, it also brings you one-shot kills in the second damage area (in the setup here from 5 metres) up to almost 10 metres. On the Gallo, it ensures that you have the chance of one shot kills, but only in the first damage area up to 5 metres.

Alternatives for the shotguns

What makes the Cigma 2 so powerful? The Cigma 2 is preferable to the other RPG, because you can use it to put pressure on the scorestreaks. Because of the new scorestreak system in Black Ops Cold War, which does not reset your counter on deaths, you will often see many of the cheap scorestreaks during the round, which you can quickly and uncompromisingly bring down from the sky with the Cigma.

But this is also true for the bigger streaks. Many of them have missile defence measures and the first shot often goes nowhere. But if you have little access to your second weapon anyway to make up for the empty magazine of the main weapon, then take the Cigma with you and help your team to get rid of the nasty airborne supports. Before they completely ruin your match.

By the way, you can also fire this rocket launcher at your opponents without a target lock. But the RPG-7 is better suited for this purpose.

What makes these two pistols so strong? With the small handguns, it all depends on your taste. Magnum and 1911 are both strong substitutes if your main weapon cannot provide enough firepower for an obtrusive opponent. The main distinguishing features:

The Magnum gives you 75 damage and can also kill enemies with full health with 2 shots. It also has a higher bullet speed. The 1911 needs 3 shots, but can fire faster and is generally a bit more lively than the Magnum. But both have the same range and ZV target speed.

When it comes to choosing the right weapons in Black Ops Cold War, it is often a matter of preferences and your own playing style. With the weapons on the list here, you’ll be well equipped for the corresponding game styles. But also try the alternatives and other weapons you often see in the enemies. Often the shooting irons that get on your nerves the most in a match are also a good choice for your loadout.

The same goes for the attachments and setups. The builds suggested here support the strengths of the weapons, but do not necessarily represent the optimal solution for you. The more you try and rebuild, the more you know about the weapon mechanics of the game and can use them to your advantage and optimise the weapons.

If you’re a beginner, it’s best to choose a weapon that suits you right away. Because you will have to play the individual guns for a long time before you get to the good attachments. 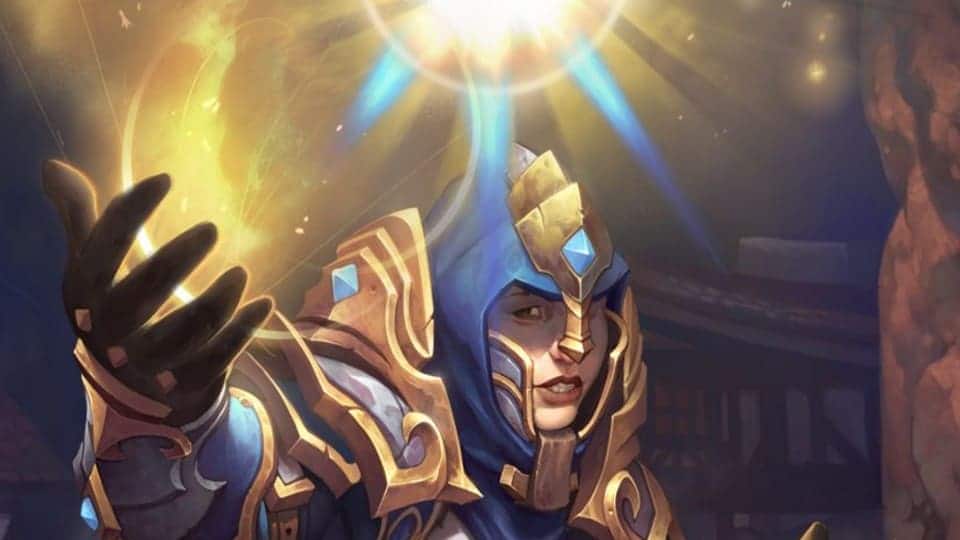 WoW Shadowlands Guide: How to heal properly as a Holy Priest

LoL - You should use these items of the preseason