WoW Shadowlands: Hidden pet Courage discovered, here’s how to get it 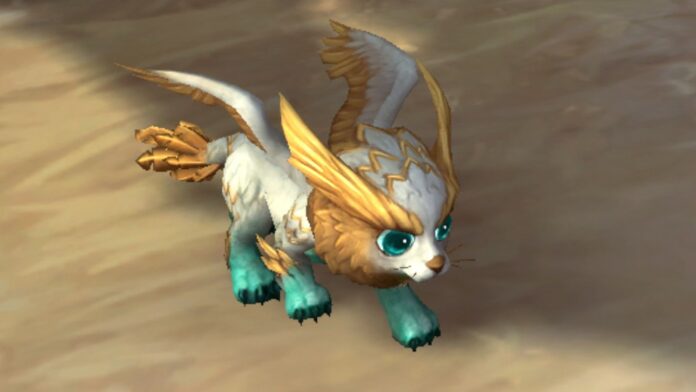 In World of Warcraft: Shadowlands, after a long search, the secret pet Courage has been found. We’ll tell you how to unlock it.

Since the release of World of Warcraft: Shadowlands, many secrets have been revealed. However, one of them has been well hidden until now: the Courage pet, which has been missing from collectors’ lists until now. But that’s over now, because the extremely cute Larion has finally been located.

A note right at the beginning: You can’t unlock Courage on your own. Instead, you need a few other hands to actively support you.

How to unlock courage

To unlock Courage you have to go to the Larion Master Nemea in Bastion. The coordinates are at 57/39. There you will already see numerous Larion hatchlings, which are the crux of the puzzle.

You won’t get far here alone. Instead, you need at least four and a maximum of eight friends to support you. Once all players have arrived at Nemea, assign each player exactly one Larion cub. To avoid confusion, you can assign a raid symbol to each animal.

Agreement is important: Now it is crucial that you agree on exactly what to do. All players must simultaneously pet their Larion cub using a right-click. Once all players have started the petting party, your squad will receive a special buff and Courage will appear next to Namea.

Don’t dawdle: However, the little pet will only stay for about 30 to 45 seconds. During this time, all players can click on Courage and add it to their inventory. After that, it disappears again.

In terms of appearance, Courage resembles the two previous Larion pets Larionjunges and Larionspringer. Most of the time it runs or flies around you.

Courage isn’t all that unique overall, though. However, if you collect all pets, you can’t avoid the little Larion cub.

By the way, time does not stand still in Shadowlands. Only a few days ago, patch 9.0.5 was released, which brought countless changes. Patch 9.1 is already on the horizon.