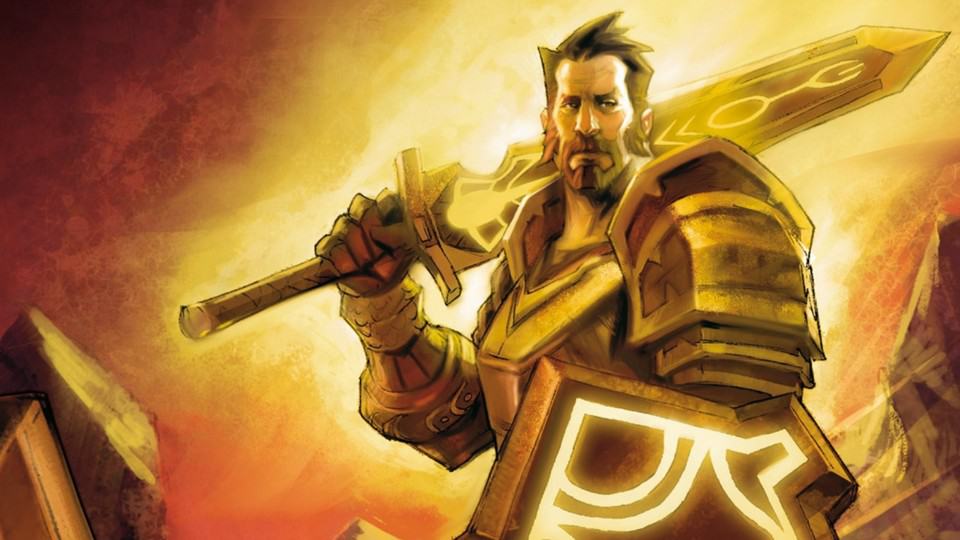 The tanks among the paladins use the Holy Power to protect themselves and allies from heavy attacks.

If you take on the role of the Protection Paladin, you’ll be a tank in WoW. If you prefer to play a healer, you can use the Holy Paladin. Damage dealers should choose the Retribution Paladin.

You now have the new abilities Word of Glory, Dispel Evil, Hammer of Wrath, and Sense the Undead. The system of permanent auras is back. One aura can be active per paladin.

The following auras are available: Aura of the Crusader (level 21, increases riding speed by 20%), Aura of Devotion (level 28, damage taken reduced by 3%), Aura of Retribution (level 38, you receive Wrathful Retribution when a nearby ally dies), and Aura of Concentration (level 52, shorter interruption and silence effects).

Your Shield of Avenger no longer increases the effect of the next use of Shield of the Righteous. Word of Glory heals yourself by 300% more. Hammer of the Righteous cooldown increased from 4.5 seconds to 6 seconds.

At level 40, there is a new talent Holy Avenger. This triples the generation of Holy Power for 20 seconds. Holy Avenger has a three minute cooldown. The Hand of the Protector talent is added at level 45. This increases Word of Glory healing based on the target’s lack of health.

Consecrated Wrath is a new level 50 talent that makes Wrathful Retribution run 25% longer and Judgement generate an additional Holy Power. Other talents have been reworked, and in some cases the levels have changed.

How to play the Protection Paladin

Your attribute priority as a Protection Paladin looks like this:

Make sure that you never reach the limit of your Holy Power. Use Avenger’s Shield, Judgement, and Righteous Hammer to build up Holy Power. When you have three to five Holy Power, use it up with Shield of the Righteous. Cast Word of Glory when half of your Life Bar is empty and Radiant Light is active.

The priority of your abilities is: Judgement, Hammer of Wrath, Avenger’s Shield, Hammer of the Righteous, and Consecration. Against multiple targets, Avenger’s Shield has higher priority. Shield of the Righteous allows you to actively reduce your damage. Defensive cooldowns include Guardian of the Ancient Kings, Indefatigable Defender, Wrathful Retribution, Laying on of Hands, and God’s Shield.

LOL Patch 10.21 - Nerf for Samira and Pantheon, strengthening for Lee Sin and Aphelios