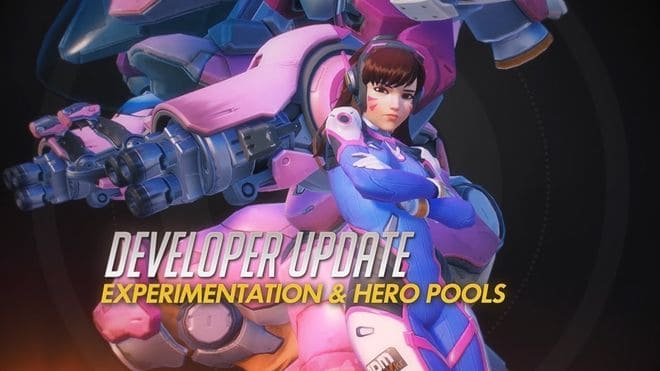 In the new developer update for Overwatch Jeff Kaplan announced major changes. The ranked mode of Overwatch will change and also the Overwatch League 2020 will not be the same as before.

Overwatch has often had metas and certain heroes that have been played over a long time. Blizzard was always very careful in the early years and therefore slow when it came to balancing changes. Jeff Kaplan openly admitted this in a newly released developer update.

In the developer update, Jeff Kaplan talks about the problems we’ve faced so far and how we plan to address them in the future. This gives everyone the opportunity to test the developers’ ideas in an experimental game mode. This allows you to play on your main account, but still give feedback to the developers. It also gives console gamers the opportunity to test new things as well, because a test server (PTR) was previously only available on the PC.
Furthermore, Blizzard will be more aggressive with Overwatch Balancing changes, and if they don’t work as expected, they will simply take them away. This would ensure that a meta is not played for months as before, but that it can be tackled quickly to provide variety in the game.

The last and probably most important point for competitive players is that there will be changing hero pools starting with Ranked Season 21. This means that certain Tank, Support and Damage Heroes will be blocked in turn, and will not be playable in Ranked for at least a week. So if Mei is too strong at the moment, Blizzard could ban her, and you’d have to find other ways to win with your team.

This only affects the ranked mode of Overwatch and not Quick Play.

The Overwatch League is moving with
From the fifth week of Overwatch League 2020 onwards, there will also be restrictions for the professionals. Based on the hero playing time of the previous two weeks in the league, two damage heroes, one supporter and one tank will always be blocked in the following week. No hero will be excluded for two weeks in a row. The only exceptions are the mid-season tournaments, the playoffs and the grand final. For these events the restrictions will not apply.

New patches will also be integrated into the OWL faster. Should a new patch go live in the game, the pros will play it in the Overwatch League at the latest two weekends later. So fans can expect a lot of variety.

While most players agree that these changes announced by Blizzard are good for the game as they bring more variety to the game, there is some criticism regarding the OWL.

Many believe that the Overwatch League could now degenerate into a “ranked game with good players”. Since the teams can already train less due to the home games and the associated travel, weekly changing hero pools are now added. No easy task for the coaches to always find the right players for the current week. However, this can also reveal players who were previously not allowed to play because their heroes were not in the meta.

We’ll see how things are going in the OWL and how the players cope with these changes in March at the latest.