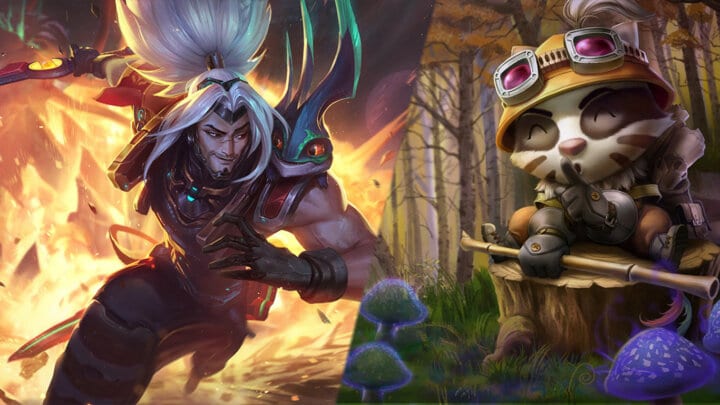 Whether it’s an annoying kit or just way too OP, some champions just seem made to be banned. Here are our top 5 candidates for the most annoying champions in League of Legends.

Every LoL player has at least that one hate champion that somehow wins every fight and you just don’t want to play against anymore. Be it far too high damage, ridiculous mobility or generally a hopelessly too strong kit. Some of these champions are now distinguished by being banned by numerous players throughout the LoL community – which ones they are and why they bring so much trouble with them, we explain to you here.

For many players, this is the first name that comes to mind when they hear the word “hate champion”. Yasuo now shows up on top- as well as mid-lane and is the terror of many SoloQ players in two ways at once. As an opponent, a good Yasuo player can quickly become a nightmare. 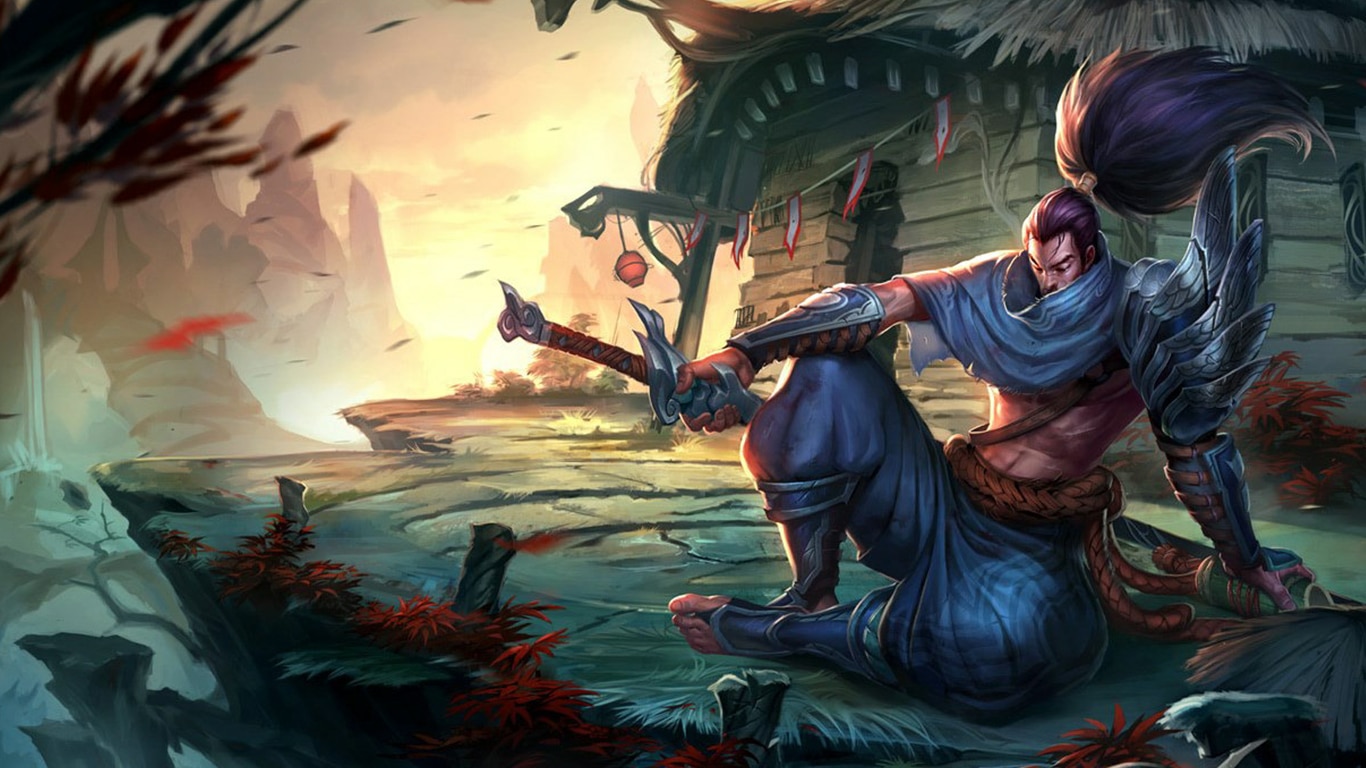 His kit still allows him a huge percentage of critical hits despite multiple adjustments, and even if you dodge them and try to stop the swordsman himself, he can simply block your attack with his wind shield – and it’s his turn again. Once you’ve died a few times against him in the solo lane, he’s virtually invincible in the later game.

Despite Yasuo’s strength in the hands of good players, the champion also has another side. A bad Yasuo player – who is notoriously usually on his own team – cannot use his windwall in time, goes to the front in hopeless fights and dies quite a few times with a miserable item build. So Yasuo in the draft often means either a lot of free kills and an easy lane – or quite a few deaths of your own champion and the worst teamfights the divide has ever seen. A solid ban champion, then.

Whoever says Yasuo must also say Yi. Formerly a top laner and now more of a jungler, the Sword Master tends to be played in low Elo and likes to show his worst side here. The Master is known for his cocky Q-Engages and suspiciously strong heals, but just like Yasuo, his strong kit often leads players to overconfidence. 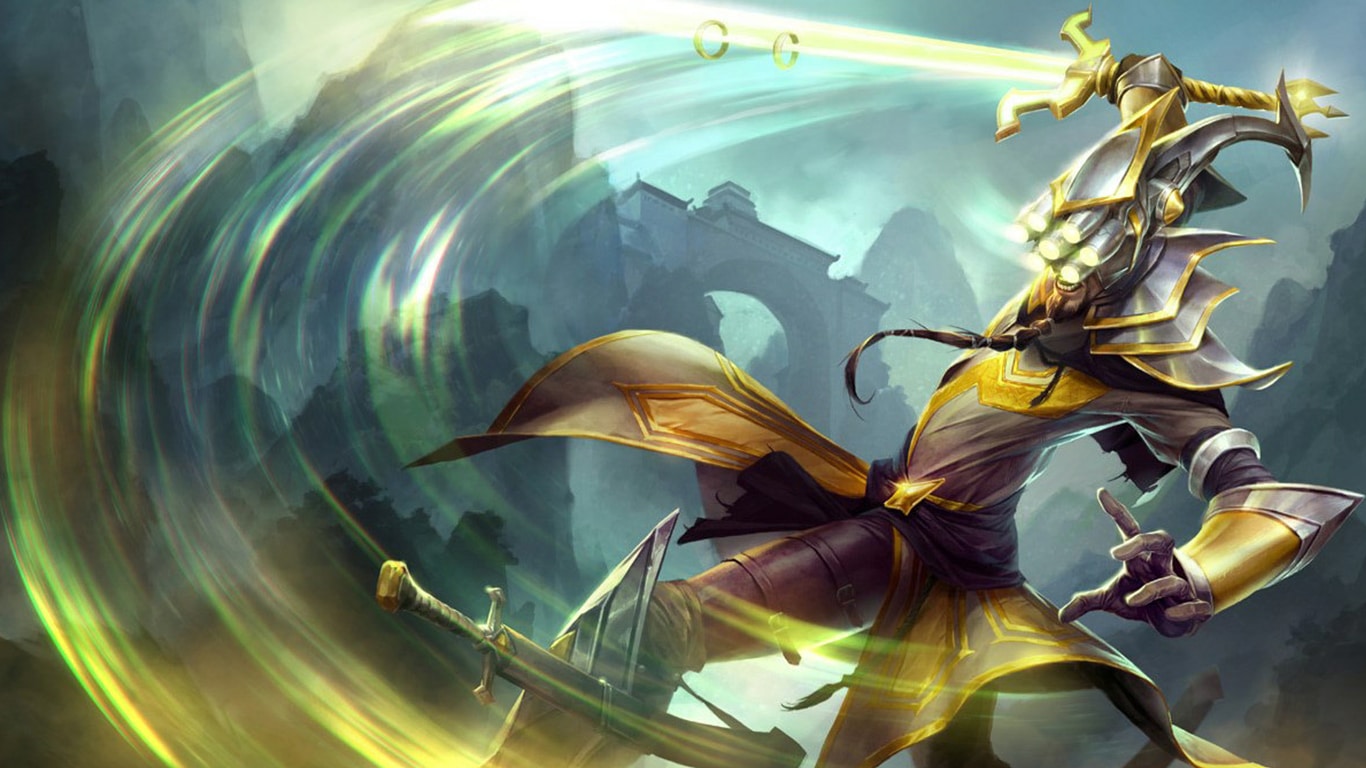 Again, two paths open up: either the Yi player knows the limits of the champion, finds the right Engages and hardly gives his own jungler a chance, or he overestimates himself immeasurably and doesn’t even have time for his Heal before he dies. Let’s hope that the latter happens only in the opponent’s team.

With the second of the Sword Brothers bunch, things are a little different. Yone’s kit allows him, as with Yasuo, an outrageously high chance for critical hits. With him, however, comes an extremely high mobility, which is difficult to keep up with. Most striking here is Yone’s E-ability “Soul Unbound”, which lets him attack at long range and even under the tower without actually having to be there. 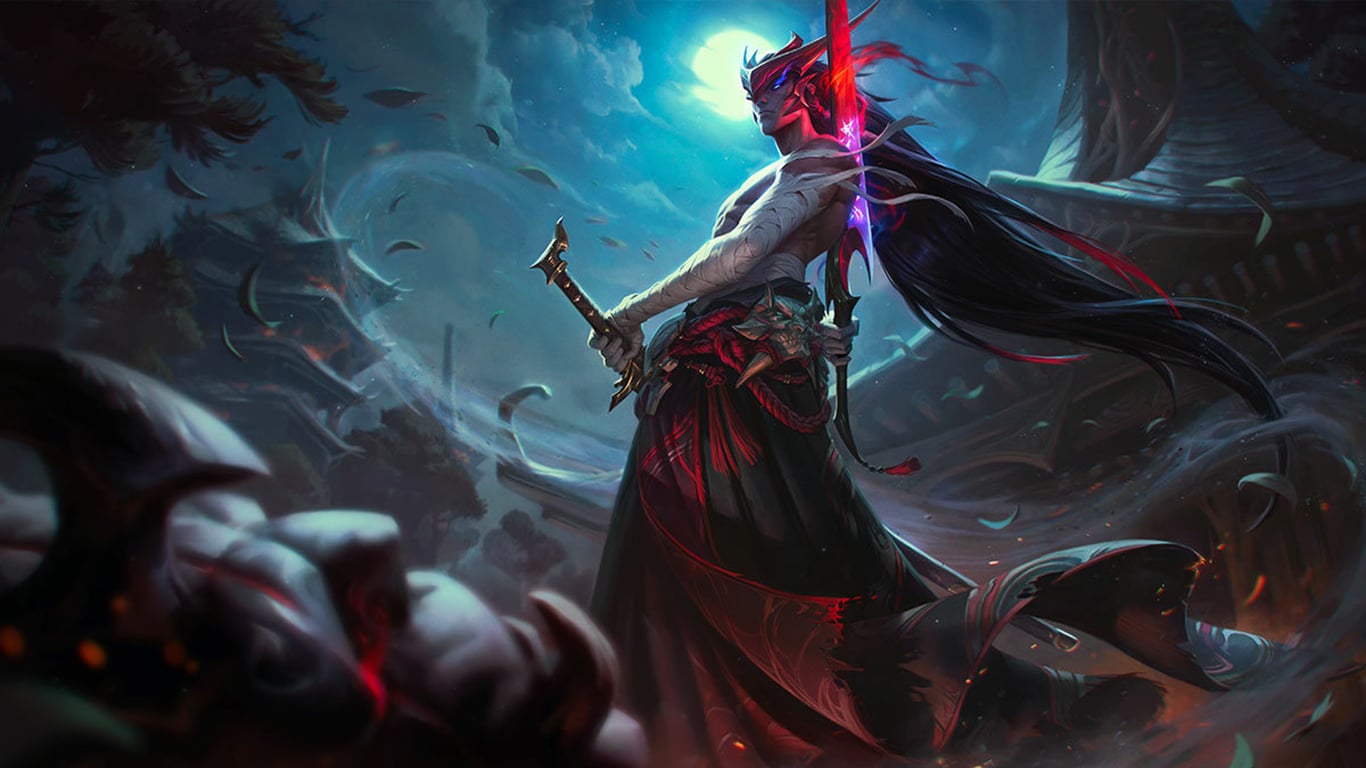 If that doesn’t sound unfair enough to you, wait until a 0/11 Yone scales into the late game despite being hugely behind and gets the solo kill against you. For those threatening to despair against Yasuo’s half-brother, we’ve already written a guide to Yone’s strengths and explain how you should react to them.

This journeyman should also directly trigger a feeling of disgust in most LoL players. The cutely designed scout impresses with its sweet voice and cuddly appearance, but as soon as the little top laner reaches level six, most opponents stop laughing. His poisonous arrows are no fun for melee top laners, but if you try to escape as an already poisoned champion and step into one of his mushroom mines, the screen quickly turns grey. 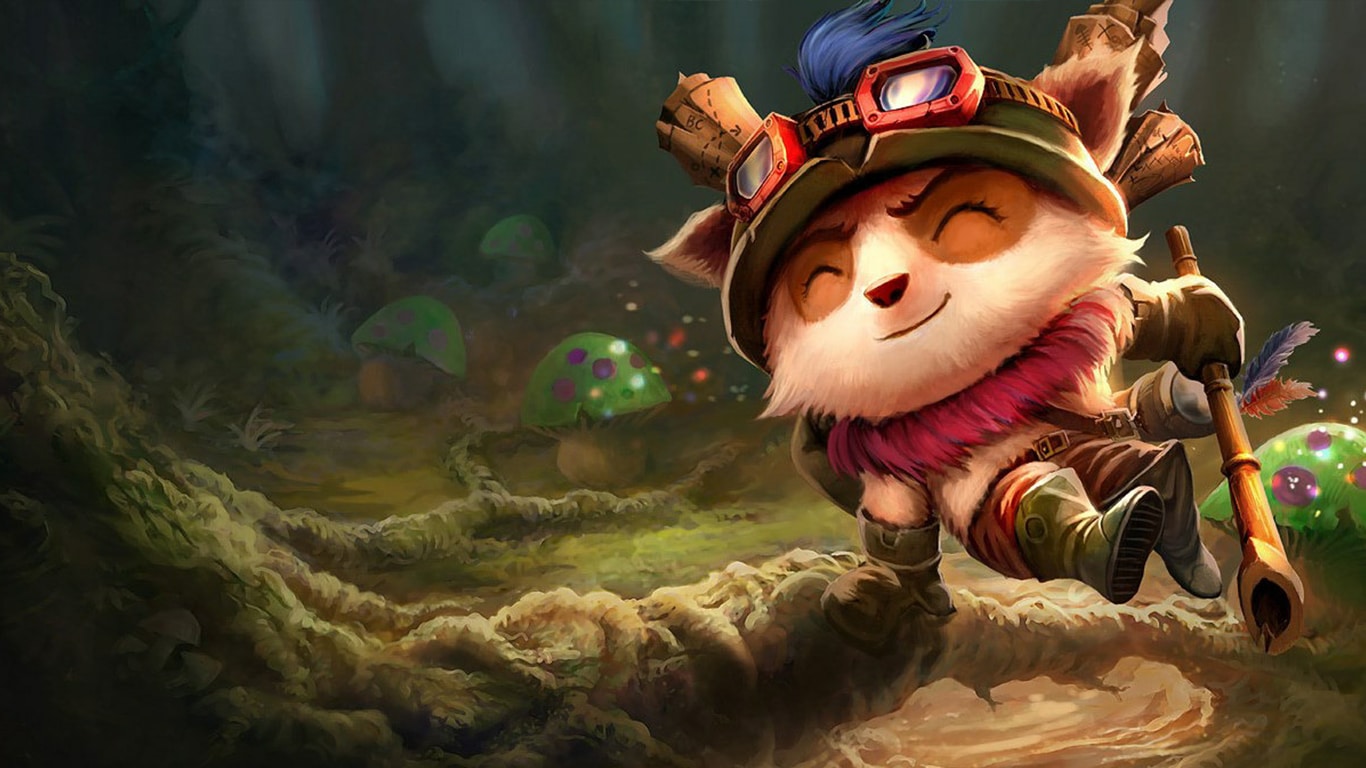 While his own lane quickly turns into a minefield, team fights are also decided for Teemo in no time when the battlefield is completely covered in mushrooms. However, players only really understand the anger towards this champion when they barely escape a fight with 20 HP and die honourlessly at the last moment from a mushroom. GG, Teemo.

Playing Supporter Yuumi is (uncharitably) dubbed a “point and click” simulator by numerous players. Most of the time, the flying cat doesn’t even move by itself, but simply attaches itself to an allied champion and lets itself be carried. While she herself is protected from all champion attacks, her main task is to heal her allies – and unfortunately she is really good at that. In extreme cases, it doesn’t matter how many combos you hit and how well you play the enemy ADC, after all, he still has his faithful kitten, which just keeps healing him fully. In the end, it’s you whose HP drops to zero first. And all because of one pet. 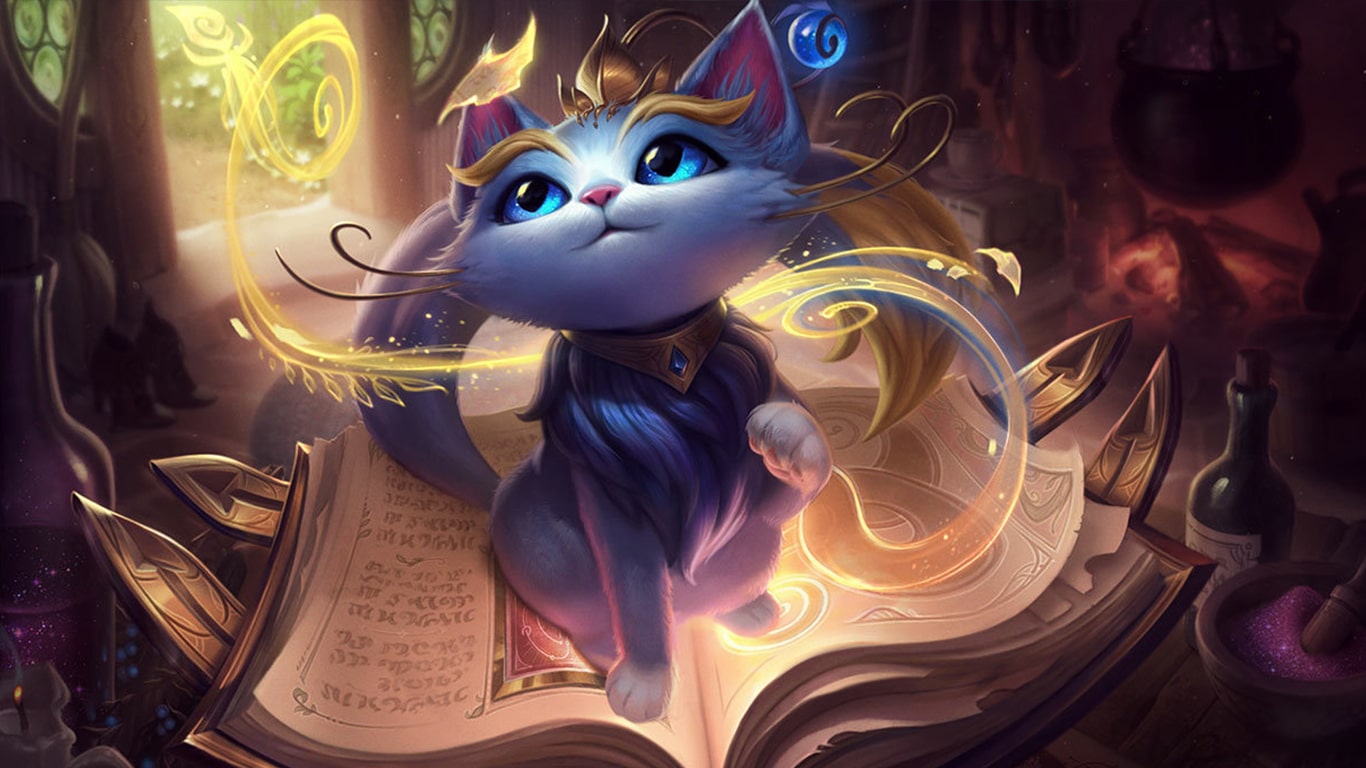