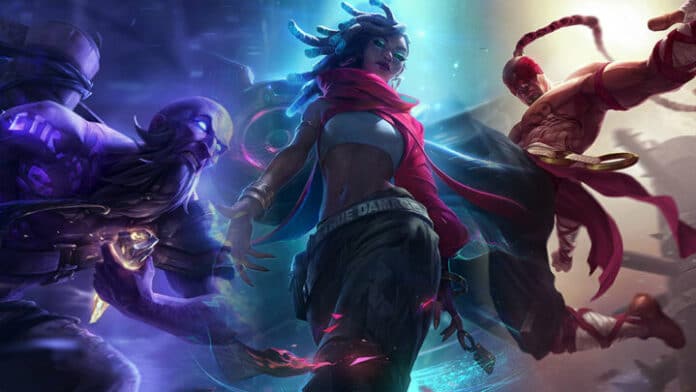 The new patch in League of Legends is coming. While the Wardstone gets more Quality of Life, there are eight champion nerfs and buffs each. Affected are old acquaintances like Lee Sin, Morgana (Jungle), Ryze and Senna.

Riot Games Gameplay Design Director Mark “Scruffy” Yetter gave the first hints about patch 11.11 in League of Legends on Monday. No less than seven items will receive a buff. In addition, the runes Hail of Blades and Buiscuit Delivery have to accept a nerf.

Still work in progress so there may be a few changes to what you see here. Expect more details tomorrow. pic.twitter.com/rLfof4rcRw

The first item on the list will probably receive the biggest buff. Wardstone is one of the least picked items and is listed as “Quality of Life” in the patch preview, suggesting a more user-friendly new addition. According to Dot Esports, this is a minor rework that will benefit support players.

As soon as support champs reach level 13, Watchful Wardstone will be upgraded directly to Vigilant Wardstone. In addition, all buffs for Attack, AP and Haste that the Legendary Item gives will be increased.

In patch 11.11, the Jungle-specific champion variants of Morgana and Rumble are expected to be toned down. Lee Sin, who received multiple buffs in past updates, will also have to cut back – literally. The Blind Monk has a high pick-and-ban rate during the Mid-Season Invitational as a flex pick on the mid- and top-lane and is expected to deal less damage to Minions due to the upcoming nerf.

Similarly, Rumble. The mechanical champion has proven itself as a fast camp killer in the Jungle and has been used accordingly often. A slower Camp Clear would be expected. On the other hand, Hecarim is improved again after his massive nerfs before. Other popular champions like Ryze, Ezreal and Seraphine are on the buff list.