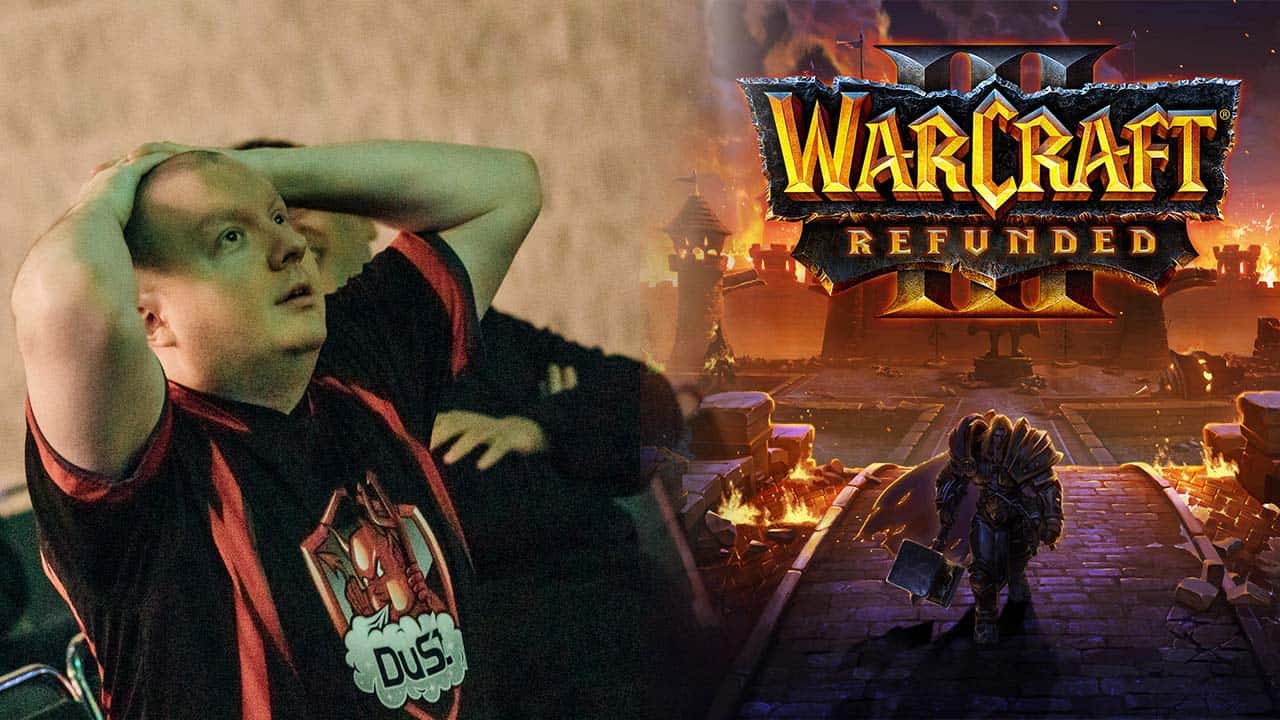 Unfortunately, the return of WarCraft III to the big stages of Esport at the Dreamhack Open Anaheim was anything but smooth.

Korean record player Jang “Moon” Jae Ho won the first stop of the new WarCraft III ESL Pro Tour in Anaheim. But his triumph almost became a minor matter at the end of the tournament weekend.

GGWP to Moon! What an insane player! Maybe the ultimate winner ever?! pic.twitter.com/so68u5PNMQ

Since the failed relaunch of the strategy classic, criticism of Blizzard has not stopped. The developers’ statement also brought little reassurance to the community. Although Blizzard praised improvement, a glance at DreamHack Anaheim was enough to show the full range of problems once again.

Again and again there were disconnects and interruptions during the games. An unpleasant experience for players and spectators alike. After all, two games of WarCraft III never play the same way, because even small differences can decide between victory and defeat.

The sad climax of the error accumulation was the quarterfinal between Marcus “ThorZaIN” Eklöf and the Korean legend Moon. At the score of 1-1 in the best-of-three, the Swede managed to make the house favourite sweat. But then a mistake happened again, which led to a repetition of the map.

But it came even thicker for ThorZain. In the following remake he was able to play himself again into an advantageous position. Although Moon was not yet at the end, the momentum was clearly on the Swedish side. At this very moment the disconnect struck again and the players had to play another remake.

This fifth game in the best-of-three went completely wrong for ThorZain. Moon had the game under control right from the start and dissected his opponent by every trick in the book. An extremely bitter experience for ThorZain, who had sniffed at the sensation.

I wanna thank @LiiLDC and @StarshapedSTHLM for the tons of help and practice you offered me. It helped a lot and I grew as a player, but in the end I guess it didn't even matter.

GoFundMe for ThorZain
The community naturally reacted with anger to the numerous problems during the tournament.

So I was gonna say "War3 reforged messed up a lot of shit outside the game, but at least the core gameplay has been left intact" but uhhhh fuck

But there was also much sympathy for ThorZain. The American organization DuSt Clan finally started a campaign for the Swede on the crowdfunding platform GoFundMe, to give him at least some kind of consolation prize.

We started a GoFundMe for @ThorZaIN_ , doesn’t give back the accolade but it seemed like the least we could do. The entire community stands behind you Marcus!

Page will be up for two weeks and we will cover the difference of the goal.

Within 15 hours, the community has already raised more than $150 for ThorZain and is well on its way to raising $750 for the unlucky Swede.

Despite the problems at DreamHack, did you enjoy the return of WarCraft III tournaments? Tell us about it on the social media!