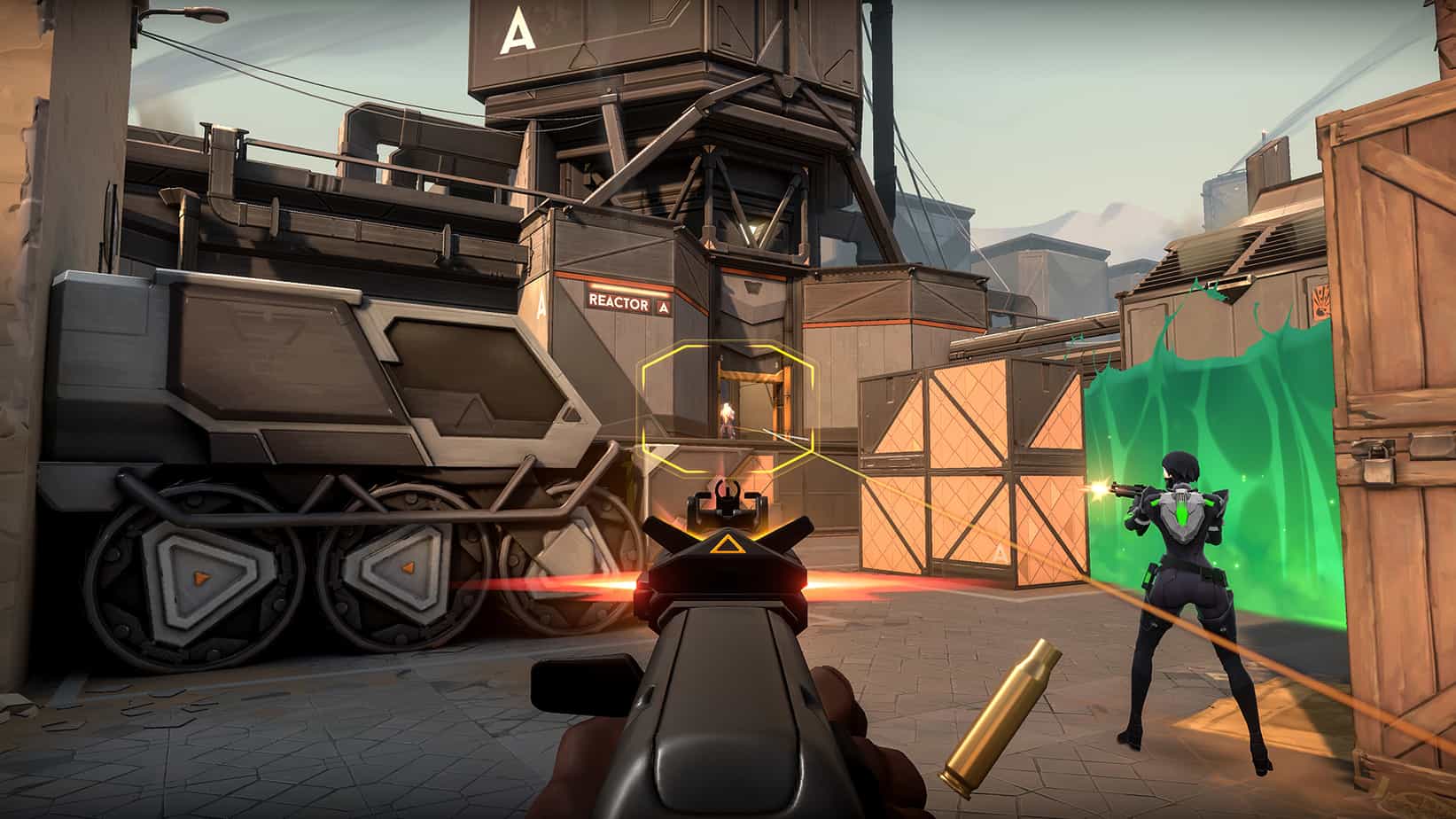 The new shooter Valorant is scheduled for release in summer 2020. Along with the announcement of the release date, the publisher Riot Games also released new gameplay from the game, which includes the 5-vs-5 mode.

Overwatch, Counter-Strike and a hefty dose of Riot Games. In the gameplay for the new Shooter Valorant, Riot Games seems to have combined numerous elements from the most popular games of the FPS scene.

Besides the new gameplay there is now also an approximate release date for Valorant. The new shooter is scheduled for release in the summer of 2020 and will compete with Counter-Strike and Overwatch. Some Counter-Strike pros like Braxton “swag” Pierce already announced their change for the new game.

Tactical Shooter: Characters have wallhacking ability
In the new gameplay from an early alpha version of the game you can see some of the abilities of the future characters. For example, with the help of a shot arrow, a player could trigger an electrical wave that would temporarily make enemies visible through walls and other obstructions to vision. A hero with the same ability can also be seen in Overwatch.

In addition to the “Wallhack” there are other abilities that remind you of characters in Overwatch. For example the Overwatch hero Zenyatta is adapted by Riot Games, only that in Valorant you throw with knives instead of magic orbs.

second batch of of Valorant screenshots from IGN. one map looks a bit like Mirage pic.twitter.com/JT0BVaT27K

From Counter-Strike the game looks at the basic conditions of a successful shooter. A round lasts a total of two minutes and ten seconds, the first 30 seconds can be bought and a position on the map can be taken. Players cannot shoot yet and can only move forward up to a certain point. Each player has a knife and a pistol and the possibility to buy a main weapon.