Prize money hunters – what the superstars of the most famous Esport titles deserve: place 10-1

FIFA, Hearthstone, WoW – these are only three titles whose top earners did not make it into the top 10. On position 10-1 we show you which Esport titles have earned millions.
The positions 20-11 have already held some surprises in store. But that was nothing! We’ll show you who’s really made it big in the last few years. These are the top earners in Esport titles, where more than a few hundred thousand dollars are at stake.

The list includes only the tournament prize money won. Any team salaries, sponsorship money, streaming income etc. are not included.

10th Warcraft III – Jang “Moon” Jae Ho – $555,000
17 years – that’s how long “Moon” has been playing Warcraft III, so it’s clear that a lot of prize money has accumulated over that time. In 2003, the Korean won his first major title. $8,000 was awarded for 1st place in the MBC Sonokong Prime League. Over the years he has left his footprint on the podium of all relevant WC3 competitions. A career highlight was his victory at Game-X 2007, where he won first place for almost $40,000 – the highest prize money the progamer has ever won.

After Moon had played Warcraft III and Starcraft II professionally from 2010 – 2012, he turned his back on the sport for a short time. Like all South Koreans, he had to do two years of military service. But since 2015, Moon has been fully dedicated to Warcraft III again. When the night elf player competes in a tournament today, he is still one of the favorites. This was the case with the 2020 Chinese New Year Cup ($3,500), which he won hands down. With the release of Warcraft III: Reforged and a new series of tournaments, 33-year-old Moon is still not thinking about ending his career after 17 years of Warcraft III. 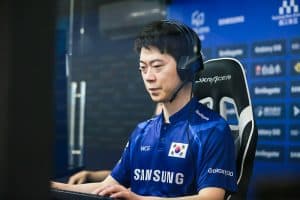 9th Halo 5: Guardians – Tony “Lethul” Campbell – $580,000
Quite a few claim that Tony “Lethul” Campbell is the greatest Halo player of all time. The American has won just about every major title in the Halo universe. His greatest successes are certainly the victories at the 2016 and 2017 Halo World Championships, which brought him almost $400,000 for the two titles together. In addition to the $580,000 from Halo 5, he has a nice side income of $100,000 from wins in Halo 2, 3, 4 and Halo Reach tournaments.

8th Playerunknown’s Battleground – Bak “Loki” Jeong Yeong – $760,000
The developer of PUBG invites every year since 2017 to the PUBG Global Championship. “Loki” and his fellow players “Esth3r”, “Taemin” and “Pio” won the 2019 tournament and took 2.3 million US dollars with them to Korea. By winning the 2018 World Championship with other teammates, Loki is the undisputed leader among PUBG players with $760,000 in tournament prize money.

7th Call of Duty – Damon “Karma” Barlow – $805,000
“Karma” is a real CoD expert. No matter if Black Ops, Modern Warfare, Ghosts or World War II – in each game version the Canadian has collected prize money. The 26-year-old is still the only player who has been able to defend the Call of Duty World Championship title. 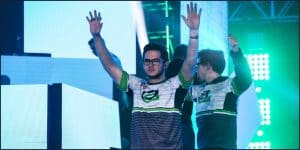 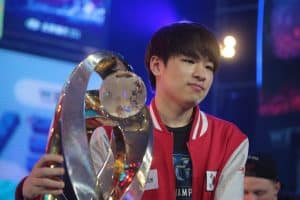 Starcraft – that’s the game that only Koreans dominate, isn’t it? Yes – at least that’s how it was for the last 20 years. Both Starcraft: Brood War and the sequel, Starcraft II, only knew Korean champions.

“Maru” is the most successful of them. At just 13 years old, he made his debut in the most important Korean Starcraft league, the GSL. Until today he has set countless records. It is certainly worth mentioning that he was the first player to succeed in winning the Global Starcraft League four times in a row ($40,000 prize money each). He took home his biggest paycheck from the World Electronic Sports Games 2017: $200,000 for first place.

Depending on the exchange rate, the 22-year-old Korean is a few thousand dollars ahead or behind one of the biggest Esport surprises of recent years: Joona “Serral” Sotala. The Finn has been stirring up the scene a lot, especially since 2018. He was the first non-Korean to win the World Championship Series at Blizzcon 2018, taking home almost $300,000 from Anaheim for this alone. So it’s not unlikely that the 21-year-old will soon be the sole prize money hunter in Starcraft II based on the latest results. 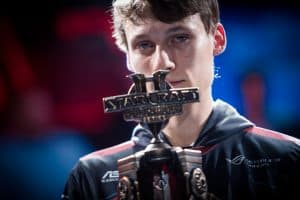 5. Shadowverse – “Feg”- $1 million
Shadow verses – what is that? I’m sure some die-hard Esport fans will wonder at this point. One thing’s for sure: it’s the big surprise in this list. Shadowverse is a card game with similar gameplay to Hearthstone, which was developed for mobile devices. Especially in Japan the game is very popular. With the Shadowverse World Grand Prix 2018, the publisher has created one of the highest endowed Esport tournaments in the world. A total of 1.3 million dollars in prize money was to be distributed. The special thing: One million dollars goes to the winner. Even 5th place can only look forward to 5,000 dollars – a measly amount in comparison. Feg from Japan won the tournament and became a millionaire in one fell swoop. Since then he has not been able to show any successes worth mentioning. At the Shadowverse World Grand Prix 2017 and 2019 it was only about 100,000 dollars each.

4th League of Legends – Lee “Faker” Sang Hyeok- $1.25 million
The 23-year-old Korean is the first Esport superstar to be inducted into the Esport Hall of Fame during his active career. Not only that underlines his superstar character. In 2017 he had the highest viewer numbers on Twitch.tv and concluded lucrative advertising deals. But it was above all his sporting successes that shaped Faker’s superstar image. The MVP award at the 2016 World Cup, several world championship titles, Intel Extreme Masters victories and much more show that the SK Telecom T1 legend is possibly the greatest LOL player of all time. At least the prize money he has won proves this fact: 1.25 million dollars make him the only League of Legends prize money millionaire. 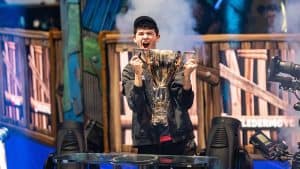 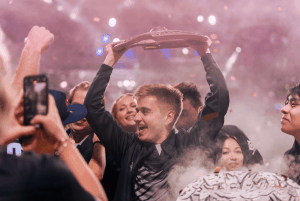 Trivia: By the way, the German Esportler with the most prize money won is Dota 2 player Kuro “Kuroky” Takhasomi. 5.1 million US dollars he secured through constant top placings at major events, e.g. the victory at The International 2017, which puts him far ahead of the top earner of our second-placed game. By the way, the top 40 of the best-earning Esportlers with the most prize money consists of 37 Dota and three Fortnite players. So if you want to win a lot of prize money, you should try to become a Dota professional as soon as possible.

What do you think about the Top10? Have you already seen the places 20-11? Were there many surprises? Do you wish to see more top lists in the near future? Let us know on all social media channels.