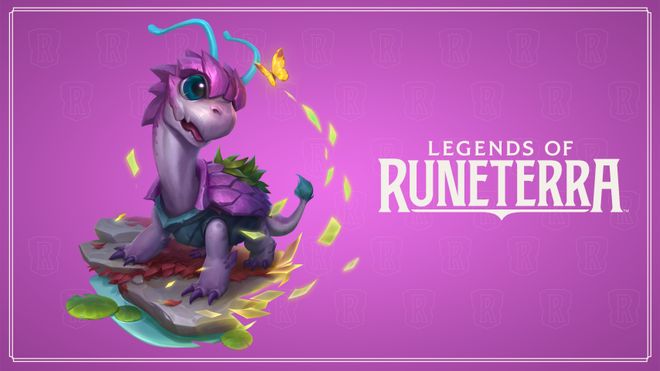 Meanwhile arrived in the Open Beta and very popular. Legends of Runeterra works well, but still gets some bugfixes.

The next Hearthstone? Riot Games has started a small revolution in the digital card game market with Legends of Runeterra. No packs, extensive weekly rewards, and an impressive arsenal of cards to start with.

Small but powerful
In order for the steep ascent to continue, the publisher is carefully working on minor bug fixes and is bringing some new protectors with the first Open Beta Patch 0.8.3.

As Therewolf, Product Manager Live Operations, announces in the patch notes, a patch will be released every second Tuesday at 18:30 until further notice. The corresponding patch notes will be available the day before at 8pm.

“First of all, we will alternate between large and small patches. Since 0.8.3 is a small patch, 0.9.0 will be more extensive in two weeks. The biggest difference between small and large patches will be the game balance changes and large map updates. In general, we do these in more extensive patches that come once a month. We don’t want to go into any more detail here, because if we’re completely honest, the details will definitely change again sooner or later,” Therewolf said.

Accordingly, no meta-shifts are to be expected in the current update. So aggro decks with Elise and Darius will still work.

Changes to the Rewards
Initially, there will be no adjustments to the EP distribution and rewards, but Riot is keeping an eye on the progress and, according to RiotClockwork, Product Manager Metaspiel System, has already had one or two changes in mind.

At times it feels very tedious in LoR, because victories and defeats give staggered less experience points. So if you play a lot one day and little or not at all the next, you will be penalized.

Sweet and cheeky
New protectors and playing fields are now available in the game. Already known from Teamfight Tactics is the Silberwing – extra cheeky with pixel glasses.

Completely new are the Basilisk and the Dark Tooth, the Shark Ghost, which also has a strong card in LoR.

Furthermore, Whirling Death and Yasuo’s damage animation get a higher speed. If you download and install the game freshly, you can from now on start even faster and complete the introduction, while the rest is provided in the background. This is a feature that has been a success at Blizzard for some time now.

– When purchasing cards with splinters or wildcards, your remaining balance will now update correctly.
– Fixed an issue where players did not receive their cards after buying them with wildcards.
– Various bug fixes for minor issues with the social menu (delays, permanent notification icon, etc.)
– The Used Barrel Representative now appears in Expedition Basic Types.
– Anivia now correctly appears in two Expedition Base Types instead of three.
– Volume of “The Crate” and “Threshs The Crate” decreased.
– Corrected T-Hex twisting in its cheer animation.
– Improved resolution of the images of T-Hex and Poro in the collection.