BATTLEFIELD 6 – Finally we have a trailer date! 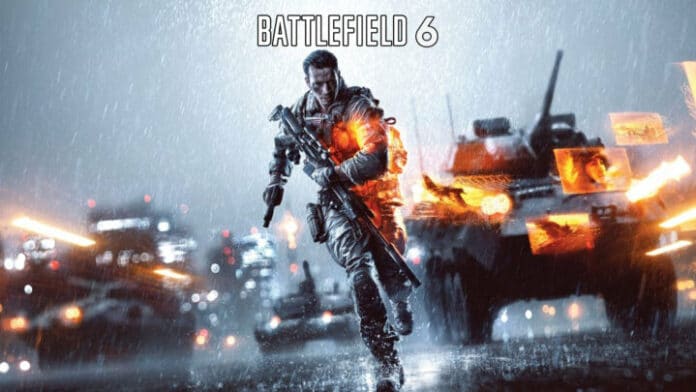 The hype is great about the sixth part of Battlefield. According to the developer, the reveal trailer will be released in the next few days!

After several speculations and leaks about the BATTLEFIELD reveal trailer, a short video with the release date of the reveal trailer was published on Twitter.

According to this, we will receive the first trailer for the new game for the first time from 09 June, the release date of which is still not exactly known. EA has so far only mentioned that it will possibly be released towards the end of the year for the “holiday season”, probably around Christmas.

Battlefield 6 trailer coming in June!
There’s news again about the reveal trailer for the sixth Battlefield title. According to a tweet from the developer, the long-awaited trailer surrounding the release may not air until June after all.

Words that rhyme with Soon:

But that’s not all. An audio leak of the trailer is currently circulating on the internet. Whether this really contains the audio track of the new trailer is questionable.

The audio trailer that leaked is from the first pass (the same as the images) – Both of which were not intended to be released to the public. Everyone needs to calm down.

This is why I'm disappointed it's leaked, because it's misleading, but I'd bet anyone $1000 it's real.

There are new hints that suggest the new instalment in the popular Battlefield series could be unveiled as early as this week .

After the first screenshot leaks confirmed that the sixth part will be set in the future, the developer says that much more material around the new shooter will be shown soon.

We recently saw the first version of the Reveal trailer for Battlefield and it was a really amazing first look at this groundbreaking game. I think fans are going to love it!

In another tweet, Tom Henderson, who has very often been right with his guesses in the past, even gave a date for the Reveal trailer. His guess: The trailer will be released on Thursday, 07.05.2021.

The release date for Battlefield 2021, on the other hand, is still fuzzy. EA has so far only mentioned that it will possibly be released towards the end of the year at “holiday time”, so probably around August to October.

What can we expect?

Rumours are that the title of the new part will simply be BATTLEFIELD and not Battlefield 6. Also, almost all leakers are sure that the plot will probably be about 10 years in the future. We can therefore expect to see state-of-the-art military vehicles, high-tech gadgets, combat robots and vertical take-off fighter jets in action in the trailer.

Let's dive deeper into the sketches!

I am 100% confident the trailer will take place at the Tanegashima Space Center. #BATTLEFIELD pic.twitter.com/Un82cMqMCo