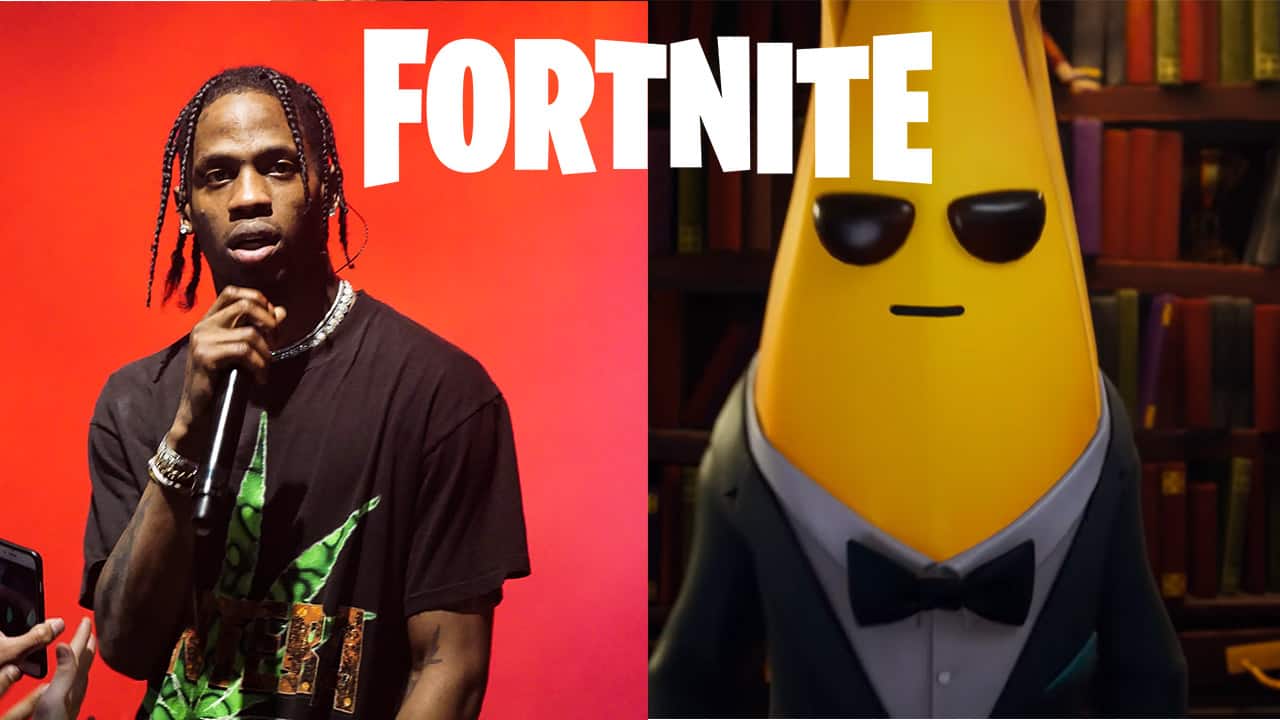 The new Season 2 of the Battle Royale title is only one day old and already hints of new content have been discovered. Will Travis Scott be next in the game?

A set called “Travis Scott”
As the Dataminer Lucas7yoshi found out, the new update also added files related to the world-famous rapper.

A Travis Scott cosmetic set was added in v12.00

This confirms some form of collaboration between him and Fortnite. Exact details are not clear but its safe to say its probably a skin and some other stuff (as it is a set) pic.twitter.com/cLHsLfIGWH

Since the found data are related to skins, it can be considered certain that at least one special costume of the rapper will find its way to Fortnite.

Is there also a Fortnite concert?

It remains to be seen whether the collaboration will continue. Last year, the world’s first virtual concert was held in Fortnite. For the band Marshmello millions of players logged in and listened to the music on the servers of Fortnite.

With a superstar like Travis Scott, a repetition of this huge event is a natural choice.

But perhaps the cooperation goes even further. Travis Scott has been a Fortnite fan ever since his legendary stream with Tyler “Ninja” Blevins, Drake and JuJu! We are definitely excited about this.

Are you excited about Travis Scott in Fortnite? Tell us about it on the social media.