The demise of Overwatch – for real this time

The negative news about Blizzard has led to numerous sponsor exits in the Overwatch League. What started out as a shiny new star of esports just a few years ago is now a smoking train wreck.

Are you an Overwatch fan? Then you’re one of the last survivors of a steady decline over the last few years. With the latest news on the Overwatch esport, the downward trajectory has now even turned into a straight jump off a steep cliff.

Still on main stage at release

We imagine we could travel back to 2016 – Back to a time when Overwatch was just released and became the brightest star in the Esports sky. Millions of players signed up for the new Blizzard game that was to be the successor to Team Fortress 2. 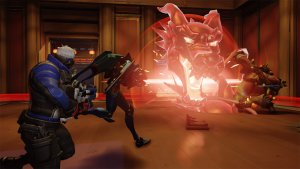 In the early days of Overwatch, everything seemed to fit together perfectly: A new take on the genre and a diverse cast of interesting characters. Looking at Blizzard’s history, it was no surprise that so many players quickly jumped on the hype train.

When the first talks of an Overwatch League surfaced about six months after release, it seemed almost a given and like a natural progression that Overwatch could become the next big Esports title alongside the already established ones.

A franchise requiring many millions of dollars in team purchases at the drop of a hat should have sounded the alarm. But players, fans and investors were firmly convinced that Blizzard could do no wrong. So the Esports title’s hype even brought in investors and otherwise many other people who had never been part of the Esports world before.

While the first season of the Overwatch League even went okay, it was still far from the groundbreaking tournament series that Blizzard and many investors, players and fans had hoped for. It was all the more difficult to justify the several hundred million dollars that went into the project.

The game itself also began to crumble under the pressure of expectations. The developers couldn’t pull off a decent balancing of their meta, no matter how hard they tried. Especially as more and more heroes were added or existing heroes received massive reworks.

The GOATS meta marked the nadir of game balance in 2018, after Mercy had terrorised players before. The size of the player base moved further and further away from its post-release highs.

Announcement of Overwatch 2 not exactly cheered

To counter the negative trend, Blizzard announced Overwatch 2 at BlizzCon 2019. But fan reactions showed more of pensiveness than enthusiasm. On closer inspection, the sequel merely looked like an expansion pack. While Blizzard promised that all Overwatch players would get access to the new content (alongside the exclusive single-player campaign), the announcement also meant the end of regular updates for Overwatch.

It was a devastating development for a community that had grown accustomed to three new heroes a year and new maps every few months as well. The latest additions were Echo, the only hero release of 2020, and Kanezaka in January – a pure deathmatch map.

The few and meagre content updates of 2020 saw two major and devastating developments for Overwatch: COVID-19 and VALORANT.

Let’s talk about the pandemic first. Overwatch struggled massively to keep its competitive cycle going. OWL signed off for a few weeks and then returned only in a modified format that could never quite replace the homestand events that made OWL stand out.

VALORANT’s beta period and release then came just perfectly timed to make the situation in Overwatch even worse. 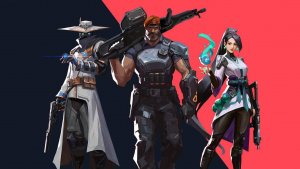 VALORANT is pretty similar to the 2016 version of Overwatch. The game quickly conquered Twitch trends and built a huge player base in record time. For many Overwatch players, the temptation to switch to a new and more vibrant game became irresistible. Even the best of the game like Jay “sinatraa” Won dropped Overwatch to be more successful in the other discipline.

Much less surprisingly, 2020 saw a sharp decline in viewership for the Overwatch League. According to esportscharts, the grand finale of the third season showed a shocking confirmation of the downward trend in viewership since the first season. The tournament still had 349,000 viewers in 2018, cheering London Spitfire on to victory. But then for San Francisco Shock’s second title in 2020, only 183,000 fans bothered to tune into the stream.

Just in case you've ever wondered why the Overwatch League started using the AMA metric, it should become clear after looking at these three images. The first two compare the numbers from the past two playoff events. The third is today's headline. pic.twitter.com/rPr7JVY8se

All of which brings us to the current state of Overwatch in 2021, a game that seems to be floating on air with no updates to speak of and a dwindling player base. But it gets worse as the pro scene is also hampered by the fallout from the ongoing sexism scandal at Activision Blizzard. Since this became public, more and more sponsors are pulling out of the OWL.

State Farm, Coca Cola, Kellogg’s, Pringles, Cheez It, and other sponsors have either stepped back or are reconsidering their partnerships with the Overwatch League

Expect others to announce soon

The OWL is facing even more financial damage as the US Department of Justice antitrust investigation is ongoing and potentially devastating.

But what about Overwatch 2?

If Blizzard manages to launch a phenomenal game, they could potentially save the struggling franchise. But that looks very unlikely. Jeff Kaplan’s exit from Blizzard earlier this year in April especially suggests that. There can be something fundamentally wrong with the product if the game director leaves before his product is even released.

Reports of Overwatch 2 being delayed until 2023 only confirm this impression. Overwatch 2 has entered development hell. Can Overwatch survive until then?

Player interest has never been as low as it is now and there is no sign of new content coming in the near future. The much-vaunted esports scene is up to its neck if it continues to release Academy teams, on-air talent and more to cut costs.

Unsurprisingly, rumours of Overwatch 2’s delay immediately sparked speculation about the future of the OWL, which the league’s vice president felt obliged to deny on Twitter.

It's really not practical to respond to every rumor about our future plans, but in this case this story is inaccurate. We have not set nor communicated dates about our 2022 season yet but do not plan to take a 'year-long hiatus' in any scenario we are considering currently. https://t.co/hDJwN2szb5

If Activision Blizzard can’t somehow replicate the hype of its 2016 launch, there’s no hope for Overwatch. Given Blizzard’s recent track record, that seems increasingly likely.

As it stands now, Overwatch serves as a cautionary tale of how disastrous management can kill a franchise that had all the foundations for success. Overwatch is going down, this time for good.

Free at Epic: Who is the new free game worth it for?

Starfield – Trailer explains the setting of the new role-playing game

Free at Epic: Who is the new free game worth it...

Starfield – Trailer explains the setting of the new role-playing game