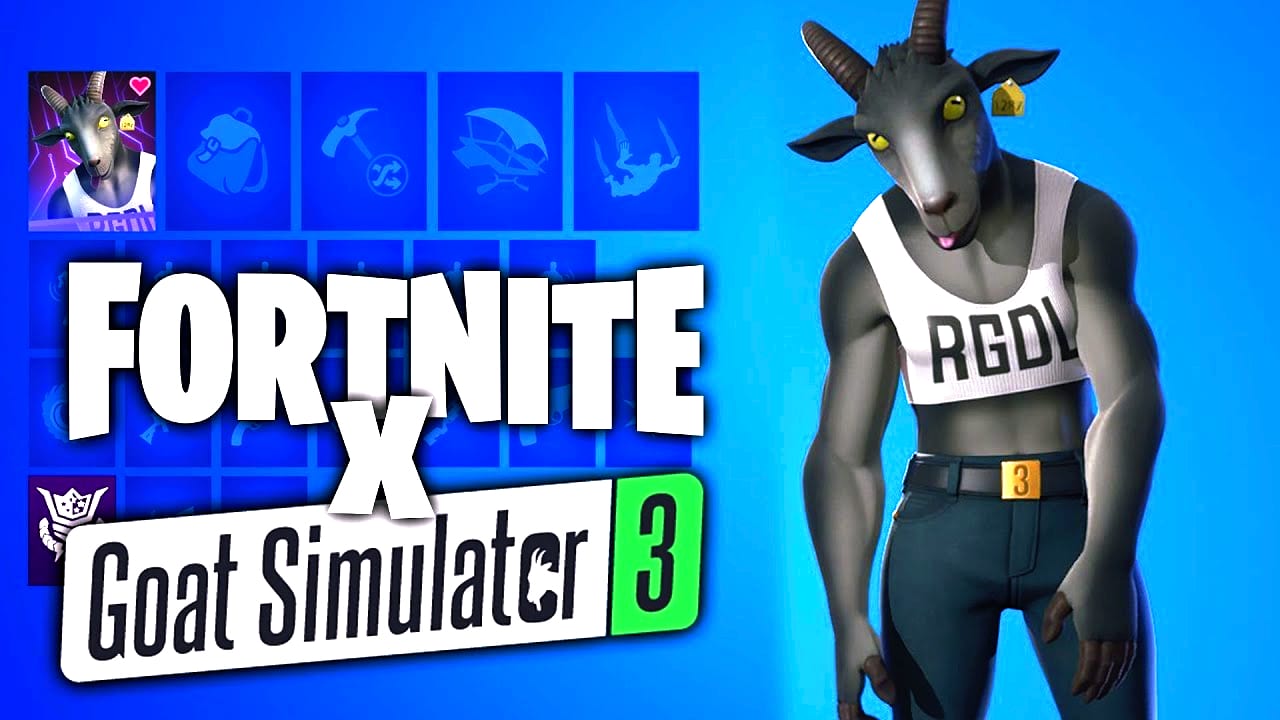 Fortnite’s new collaboration has been announced. The chaos game Goat Simulator, in which you play a goat, finds its way into the Battle Royale and soon you will be able to drive your opponents crazy as a goat.

Pilgor the Goat lands on Fortnite Island. Thanks to the latest crossover between Goat Simulator and Fortnite, you’ll soon be able to hop across the map as a goat in the popular Battle Royale.

Become the GOAT. Or rather, ‘A Goat’. Either way, there are goats involved.

Baaing in my skin
Goat in Fortnite reveal
Here now for you all
Pre-udder (or nah) seals the deal
Microwavehttps://t.co/r2e3JE1zQW pic.twitter.com/SogSEIPVg9

In the trailer, we see Pilgor getting ready for battle through hard training and then appearing as a sort of human-goat hybrid skin in Fortnite.

How to get the Pilgor skin in Fortnite?

Goat Simulator 3 doesn’t release until November 17, but anyone who pre-ordered the game from the Epic Games Store by September 29 will automatically receive the goat skin as long as they make both purchases with the same Epic Games account. If this is the case, you can easily find the skin in your locker after starting the game.

But all Goat fans who haven’t bought the game will also get a chance to grab the skin. From 26 November, you can buy Bodybuilder Pilgor as normal in the Fortnite shop.

So if you haven’t pre-ordered the game, just look out for a goat in the near future when you look in your shop.