Cyberpunk 2077: This is how you get into the prison that actually cannot be entered 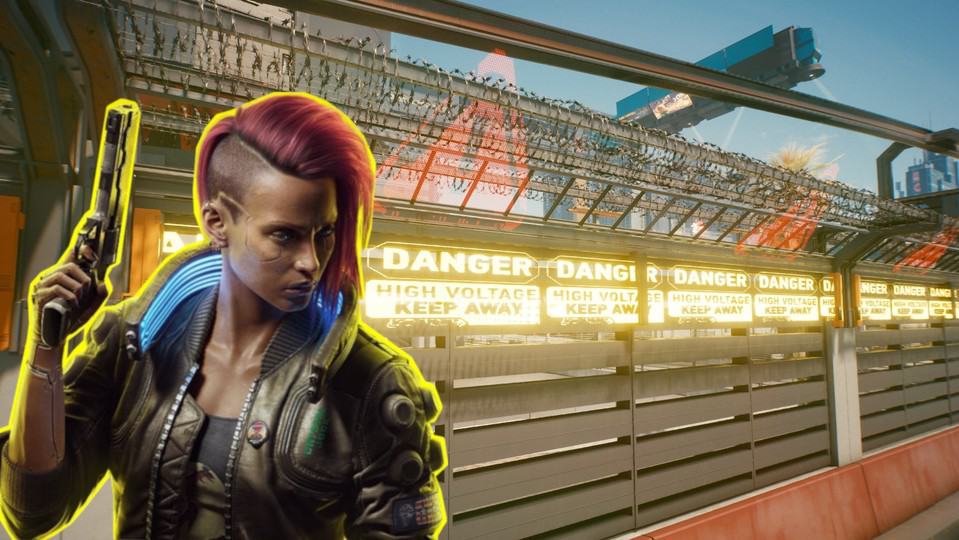 With a few tricks you can break into the Night City jail, our guide reveals how. The prison is not fully developed, but it’s still worth exploring.

Night City is a nasty place. Murder, robbery and worse are the order of the day. So it’s only logical that there’s also a prison in Cyberpunk 2077. However, you won’t get to see it from the inside at any point in the story – it’s not accessible in the normal way. We’ll tell you how you can still break into the prison and take a look around.

So that no false expectations arise: The prison isn’t completely fleshed out, in fact you’re not supposed to hang around there. The inside of the buildings is empty, if you slide in, you’ll fall through the floor. But there are still exciting things to discover! For example, the occupants reveal nice details about the lore of Cyberpunk.

As countless Heist movies have taught us, having the right equipment is half the battle. This is also true in Night City. You should have two things in your luggage before you set off:

You’ve had your legs pimped and shouldered the right weapon? Very good, then our break-in can start now.

How to break into the jail

Where do you have to go? The Night City jail is located in Arroyo (part of the Santo Domingo district), right by the MLK & Brandon quick travel point.

First, you’ll need a vehicle as high as possible. Armored vans or trucks are ideal, a normal pickup truck is too small. The easiest method is to steal the right truck. If you are smarter than the author of these lines, do it in the immediate vicinity of the prison and not a kilometer away. The trucks are about as fast and maneuverable as a decrepit blue whale, so a long drive is a lot of fun.

Usually it doesn’t take long until a suitable car passes you. As soon as you find one, drag the driver out and take control. By the way, you need a body attribute of 6 for this.

After driving to the quick travel point “MLK & Brandon”, take a look around, you can’t miss the conspicuous fences of the prison.

There are two separate areas that you can break into. The one with the simple barbed wire fence is less exciting, the one with the electric fence is busier. However, the way in is the same for both. Save before you enter one, because there is no connection between the two.

Be prepared to have to kill a few guards. The inner areas are marked as enemy territory, so bullets will fly around your ears as soon as you are discovered. So that you can look around in peace, it’s best to clear all the enemies out of the way right away.

What is there to see here?

Even though the interior is not elaborated, the buildings have obviously been placed thoughtfully: Guard towers, the detention centers, access roads. There are even areas that are clearly recognizable as entrances, though you can’t interact with the doors.

Interestingly, the inmates are marked as innocent civilians when you scan them. The guards, on the other hand, have a wanted level and are accused of various crimes. This probably isn’t intentional, but it’s still funny.

During our exploration, we were able to overhear two dedicated conversations between NPCs that explicitly reference the prison. At one point, two women were arguing outside the entrance about a useless father who must be serving time and can’t even smuggle anything.

The other dialogue took place between two prisoners who were talking about a third. We learn that he doesn’t touch food anymore, just stays in his cell and talks to his lawyer. He got ten years in prison for a small beating – because he stupidly chose the child of a cop as his opponent. Once again it becomes clear: In Night City it’s not what you do that matters, but who you know. 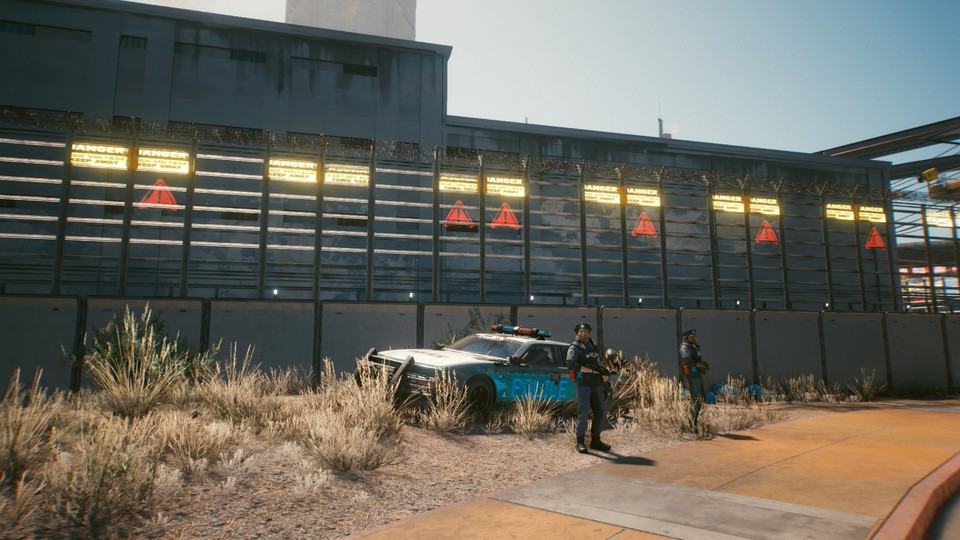 At this point, we can only speculate whether the prison was originally supposed to play a bigger role in Cyberpunk 2077. The special dialogs and the marking as enemy territory speak for that – but of course, that’s no proof.

A quest in which V has to free someone (or himself?) from prison would have been exciting. Hacking the headlights of the towers, taking out one guard after the other, breaking through the gate in a wild escape – maybe CD Projekt will follow up with a DLC here?