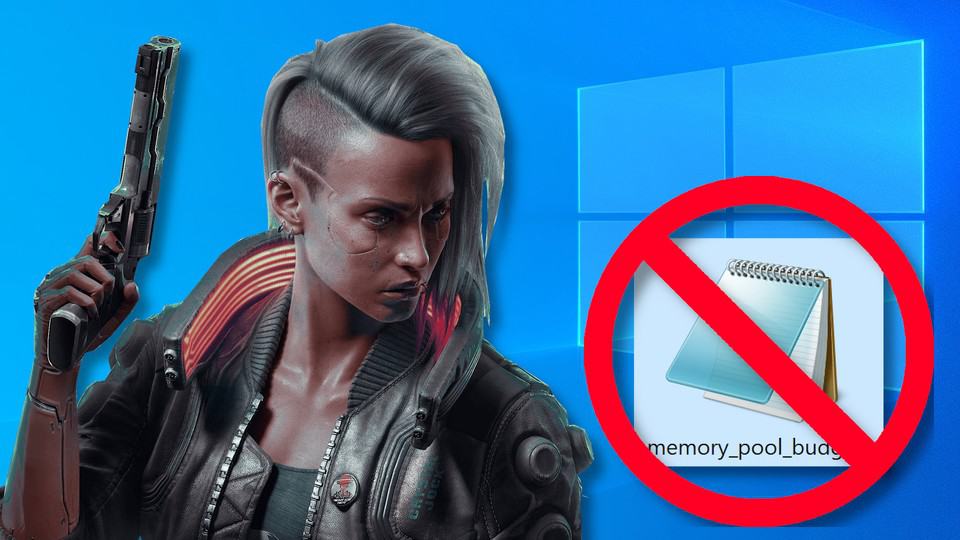 Cyberpunk 2077 makes high demands, so many players look for tips for more FPS. However, the often recommended pool fix has now been removed from the game.

Cyberpunk 2077 causes technical problems especially on older consoles, but not everything runs smoothly for every player on the PC either. Accordingly, tips for more FPS like the so-called pool fix are very popular. However, the big patch 1.05 now deletes it from the game.

What is the pool fix all about? The supposed performance tip refers to the file “memory_pool_budgets.csv” from the folder “engine\config” in the game directory. By default, the entries “PoolCPU” and “PoolGPU” contain 1,536 MByte and 3 GByte.

On our test systems, the review version of the game already used significantly more RAM and VRAM than the limits in memory_pool_budgets.csv suggest. This fits with CD Projekt’s statement that the values entered in the file have no influence on Cyberpunk 2077. And if anyone should know which files influence the game and how, it is CD Projekt itself.

However, on the other hand, it can’t be denied that many players have noticed a significant improvement in performance after applying the pool fix.

CYBERPUNK 2077 TUNING GUIDE: HOW TO GET MORE FPS

Where do the performance improvements come from?

CD Projekt assumes that they come from restarting the game, which is usually done as part of the pool fix. Starting the game as administrator, which is often recommended in this context, could also be helpful.

Problems with the hardware load: According to our impression, it is at least the case that many players who report significantly more FPS due to the fix previously had a problem with a too low utilization of the hardware (or the available memory).

What exactly triggers this utilization problem on some systems is unclear. Basically, the memory_pool_budgets.csv itself should not be able to solve it. On the other hand, according to our measurements, it had no effect when we entered even lower values like 128 MByte or even something completely different like the word “test”.

There are also voices that claim that the performance has clearly deteriorated with patch 1.05. However, this does not have to be due to the deletion of memory_pool_budgets.csv, since the big patch changed many things in the game.

All info about the patch 1.05 including a list of the official changes in German can be found in the article linked below. Besides better stability and more performance for Ryzen CPUs with a maximum of six cores, it is mainly dedicated to fixing (quest) bugs in the game.

Ultimately, only one thing is certain: CD Projekt is absolutely sure that the data removed with patch 1.05 has no effect on the game. Otherwise, they would hardly have been deleted.

If they don’t have any effect at all, they could have been left in the game. However, the developers probably don’t like it when the assumption makes the rounds on the Internet that Cyberpunk 2077 would generally only use 1.5 GB RAM and 3.0 GB VRAM. On the one hand, that would be absolutely not up-to-date, but on the other hand, that was never the case in our experience.

By removing the files, further counter tests of the affected are no longer possible. Theoretically, the performance of their systems should worsen when low values are entered in memory_pool_budgets.csv again.