No more future with BIG – These are XANTARES’ future plans

CS:GO pro Can “XANTARES” Dörtkardeş announces on Twitter that he is parting ways with the BIG Clan. There are already rumours about his future team.

The Turkish CS:GO pro Can “XANTARES” Dörtkardeş is no longer playing for the BIG Clan. The organisation announced this in an update last Sunday. The 25-year-old will be replaced by Dane Nicklas “gade” Gade, who has been newly signed by BIG. 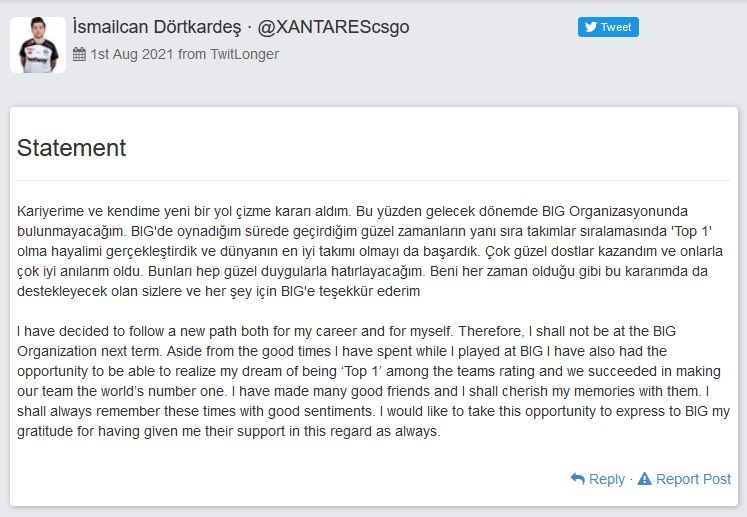 Immediately after BIG’s announcement, XANTARES posted a statement of his own on Twitter. In his Twitlonger post he writes: “I have decided to take a new path both for myself and privately. Apart from the good time I have had at BIG, I have also been able to realise my dream of being ‘Top 1’ in team rating. We have succeeded in making our team number one. “

Play like Superstar Faker – How to dominate with Twisted Fate

Play like Superstar Faker – How to dominate with Twisted Fate