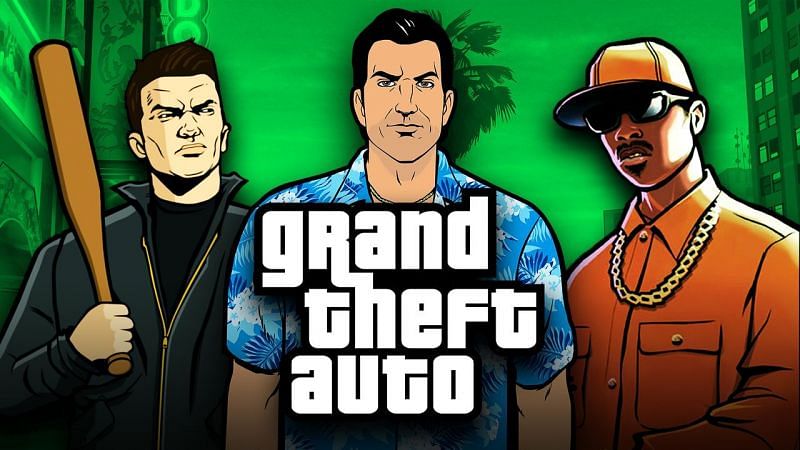 Rockstar is re-releasing the classic games GTA 3, Vice City and San Andreas in a remaster collection. We provide you with all the information known so far.

Rumours and leaks have already predicted it, now Grand Theft Auto: The Trilogy – The Definitive Edition has been officially announced. And it reissues the GTA classics 3, Vice City and San Andreas in a collected version.

Everything you need to know about the GTA Remaster Trilogy

Price: How much does the Remaster Trilogy cost?

The prices of GTA: The Trilogy – The Definitive Edition are currently not officially known, but might have already been leaked. The Twitter user DarealBandicoot (via Okami) drew attention to pre-order entries at a online retailer According to this, the NextGen versions (PS5, Xbox Series X) of the remaster trilogy could cost up to 70 euros and the LastGen versions (PS4, Xbox One) Switch up to 60 euros. A PC version is not listed there.

However, fans should take this alleged information about the price of the game collection with a grain of salt and wait and see. These could be placeholder entries and prices that could still change until Rockstar announces them or do not correspond to the official recommended retail price.

It appears the GTA Trilogy is going to cost the full $70 on current gen, $60 on last gen.

Hope to see some significant enhancements for that price. pic.twitter.com/yv0pwAP3gf

New features: What’s new in terms of graphics and gameplay?

Graphic and gameplay updates planned: With the remaster trilogy, Rockstar is giving the games GTA 3, Vice City and San Andreas mainly graphical improvements, but also modern gameplay ones. There are no concrete details at the moment, but they are to follow in the foreseeable future.

According to Rockstar, GTA Online players can expect a surprise or two in the coming weeks to celebrate the game collection. There is not too much information about this yet either. Currently, the official blog post talks about the following features:

The collection with the subtly unwieldy name GTA: The Trilogy – The Definitive Edition includes the following three Rockstar games:

Rockstar has already released a first teaser trailer for the remaster trilogy, which you can watch as follows:

Release: When will the Remaster Trilogy be released?

GTA: The Trilogy – The Definitive Edition doesn’t have a concrete release date yet, but is still scheduled for release in 2021.

Kotaku already revealed in advance in a detailed report that the Remastered Collection is coming this year. The established industry insider Tom Henderson contradicted this with regard to the release date – but in the end Kotaku was right.

Just recently, however, the NextGen version of GTA 5 for Playstation 5 and Xbox Series X/S was postponed to March 2022 – and with it the standalone version of GTA Online. Why the last trailer for the re-release of Grand Theft Auto 5 caused so much criticism

Platforms: What will the remaster trilogy be released for

GTA: The Trilogy – The Definitive Edition will be released for pretty much all major platforms. So you can experience GTA 3, Vice City and San Andreas all over again on the following systems:

A release for Android and iOS is also planned – but no longer this year but in the first half of 2022.

Old versions will be removed: Even before the release of the Definitive Edition, Rockstar Games will remove the original versions of GTA 3, Vice City and San Andreas from stores like Steam, Epic and Co. according to a blog post. So if you still want to add the games in their classic versions to your library, you should hurry up.

According to Rockstar, GTA Online players can expect a surprise or two in the coming weeks to celebrate the game collection. There is not too much information on this yet either. Currently, the official blog post talks about the following features:

Rumours and leaks: What was already known in advance?

Before the official announcement of GTA: The Trilogy – The Definitive Edition, quite a bit of information has already leaked out. As mentioned earlier, Kotaku revealed the mere existence and rough release date of the remaster trilogy in advance. The correct name for the game collection then emerged from an entry at the Korean Age Rating Board.

But Rockstar itself also leaked information about the Remastered Collection: from the in-house social club, dataminers were able to pull, among other things, the logos, desktop and achievement icons and backgrounds for the Definitive Edition.

What do you think of the announcement of GTA: The Trilogy – The Definitive Edition: Are you looking forward to the return of well-known GTA classics in new splendour? Or could you do without it? Let us know in the comments