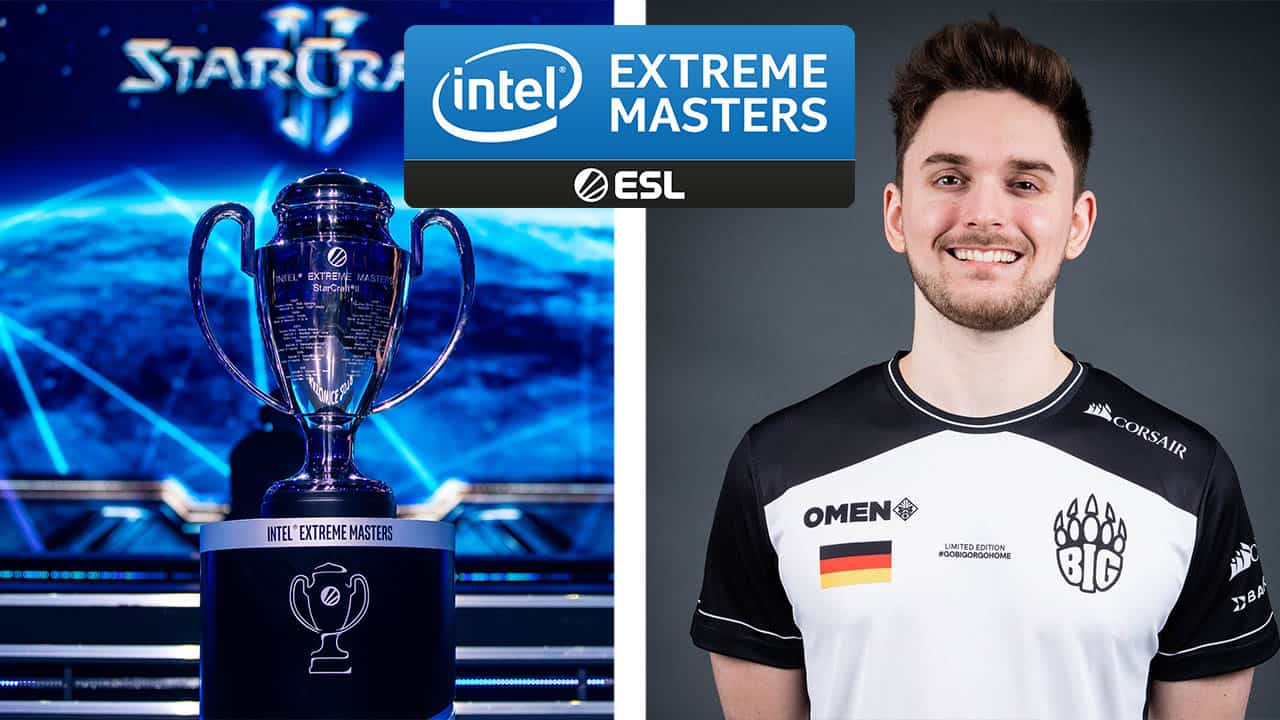 The StarCraft II tournament at the IEM Katowice is in full swing. Two of the four groups have already been played and in group B Tobias “ShoWTimE” Sieber caused a sensation. For the first time, the protoss player made it into the top twelve in Katowice.

YEEEEEEEES!!!!! Such a terrible start to the day and so many silly throws but made it through my IEM group for the first time in my live. Super happy! :))) @BIGCLANgg

Start in the qualifiers
In its long history, the IEM Katowice has always been won by Koreans. This year, however, a German hopeful is emerging: ShoWTimE has made it to the round of the best twelve at the IEM Katowice for the first time in its career.

His way there was anything but easy. He fought his way through the qualifiers, defeating not only Poland’s Grzegorz “MaNa” Komincz, but also Germany’s best terran player Gabriel “HeRoMaRinE” Segat.

He fought a hard road through the lower bracket, but the third player headed to the Ro24 is @ShoWTimESC2!#IEM 🔴 https://t.co/x2K4UBFtap pic.twitter.com/1EK8JEXVoX

“The Wall” fights for a place in the playoffs
Despite the successful qualification for the group phase, ShoWTimE was the clear underdog in group B. After all, some of the best players in the world such as Lee “Rogue” Byeong Yeol, Joo “Zest” Sung Wook or the Italian young star Riccardo “Reynor” Romiti were found here. The first two games seemed to confirm this picture. ShoWTimE lost against Reynor as well as Rogue and therefore had its back to the wall early on.

The German Protoss hope kept a cool head, however, and first beat Park “Armani” Jin Hyuk, only to score a huge surprise win against Zest. Since Reynor had a parallel win against Rogue and Eo “soO” Yun-su failed, ShoWTimE managed to pass the Italian in the last second and with the win against soO they made the playoffs perfect.

It looked lost for a moment, but @ShoWTimESC2 cranks out three wins in a row and books a spot in the playoffs of #IEM Katowice!

Hear it from the man himself: pic.twitter.com/PNY3DKMCrD

Even Lambo still with chances
But ShoWTimE is not the only German who still has a chance to make it to the playoffs. In group D Julian “Lambo” Brosig is in the starting blocks to try his luck. But the competition in his group is tough. Not only the Finnish superstar Joona “Serral” Sotala will start here, but also the Koreans Kim “Cure” Doh Wook, Jun “TY” Tae Yang and Kim “sOs” Yoo Jin might be the favourites against the German Zerg player.

However, if “The Wall” makes it against all expectations, then maybe we can be hopeful for Lambo, too.

Which moments in the group phase surprised you the most? Can ShoWTimE make it further? Tell us via social media!