A Youtuber compares the gameplay trailers of the PC and PS5 versions of God of War in terms of their graphics quality. The differences turn out to be surprisingly small.

October 20, 2021 may not have been a Thursday, but Thor must still have gotten mighty chills when he stopped by GlobalESportNews and learned: God of War is coming to PC! So Kratos and Atreus will soon be setting off from home once again to dent the winged helmets of the Norse gods.

In the course of the announcement, the developers promised some graphical improvements for the journey of the ageing god of war. In addition to improved shadows and reflections, a particularly high-quality environment concealment is also said to be at work. Therefore, many PC players might also assume that God of War will look recognisably better on the home computer than on the PlayStation 4 and 5 – but this is not (yet) the case. 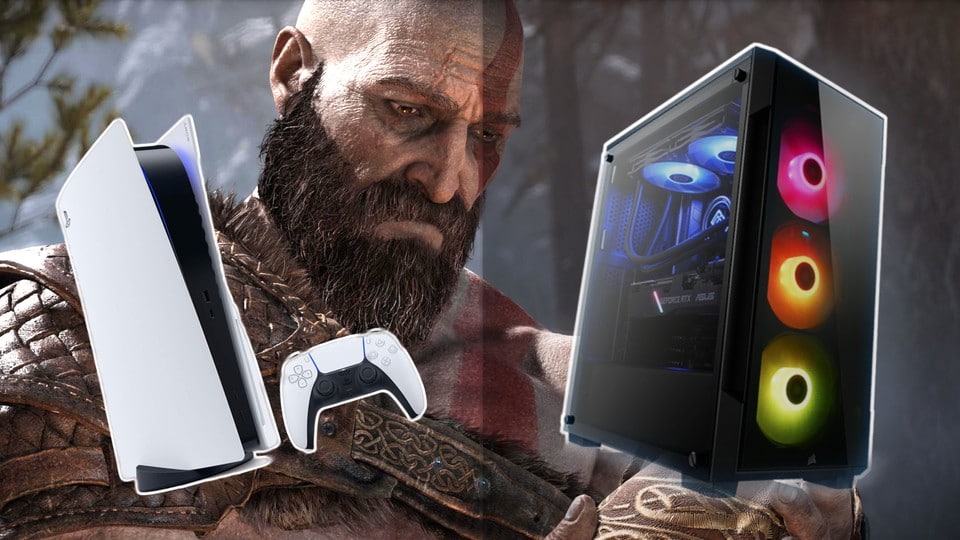 Differences in the first comparison rather small

The Youtuber (Cycu1) has compared the two gameplay trailers of the PC and PlayStation versions and analysed them for graphic differences. Since both videos contain the same material, this can be done easily.

Before we get to the results, it’s best to form your own opinion:

In the course of the ten-minute video, three differences can be identified: