Frozen Flame is inspired by two great role models, but does the action-adventure and survival mixture already ignite in Early Access?

There are games that seem familiar right away. Sometimes this is a good thing, because you immediately feel at home, can intuitively grasp basic mechanics and thus pay more attention to the atmosphere and individual characteristics.

But the shot can also backfire if generic-looking set pieces tear you out of that very atmosphere and the supposedly newly assembled elements from other games now no longer mesh neatly with each other. 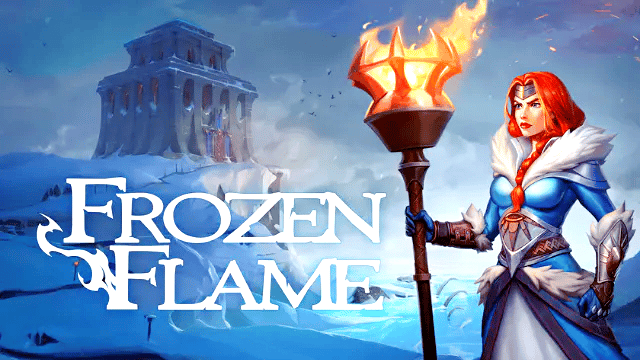 In its Early Access version released on 17 November 2022, Frozen Flame comes ominously close to the second category. Why the survival role-playing game for one to fifty (!) players from the Russian developer Dreamside Interactive still has a lot of potential, we”ll tell you in our test. To give you an idea of the game in advance, here are ten minutes of gameplay:

Zelda, is that you?

The similarities to The Legend of Zelda: Breath of the Wild can no more be denied in Frozen Flame than they were in Genshin Impact at the time. From the reduced comic graphics to the monster-slapping with fragile (but repairable!) weapons and countless mini-puzzles to the relaxed world exploration via glider… er ghost bird, everything is there.


Nevertheless, don”t expect an epic adventure with Nintendo cachet just yet, because apart from the fact that Frozen Flame still has a long way to go, it emulates far more than just one model.

There is also a building system with rudimentary statics à la Valheim. And then there is the destructive survival multiplayer with optional PvP, which lies buried deep in the design drafts – but we”ll talk about that in a moment.

In its current form, the game is primarily an action adventure with a shoulder perspective in which you have to save the colourful fantasy world of Arcana from imminent destruction by a supervillain. The so-called “Faceless One” has conquered the ice fortress enthroned on the horizon right at the beginning in order to hunt waves of destruction across the land from there.

With the help of the eternal dragon Chronos, the magic-gifted guardian Mithra, one of the last humans, brings former heroes back from the realm of the dead to thwart the nasty plans of the humourless Minus Visage.

Survival? Only on paper

The two of them don”t think much of big explanations, though, and so Mithra drops you off freshly revitalised in a pretty green valley and leaves you half-naked to face the forces of nature. Your first steps are typical survival: pick up twigs and stones from the ground, make an axe, cut down trees, build your first weapon and a rickety hut.

Because, roughly speaking, you only need your crafting utensils once per chapter/world to build new equipment, the survival aspect is immediately lost. For the rest of the time, it is enough to set up a packed workbench for repairs every now and then. You can eat, drink or sleep, but you don”t have to.

The 49 cooking recipes, which are made up of the seven ingredients that can each be cooked in pairs, such as meat legs or mushrooms, are only used for healing in battle and bring marginal health, stamina or resistance buffs. Alternatively, you simply learn healing spells, brew potions (healing, stamina and combat energy) or munch on raw food.

A properly constructed home of your own would effectively protect you and your stored treasures from (theoretically) harsh environmental conditions, but due to community feedback, the developers have now disabled the complete disintegration of structures. Enemies won”t attack your chests and workbenches anyway, and a current armour set provides sufficient protection from the nightly cold.

In general, the difficulty level (which can only be changed via an .ini file) is extremely shallow. At the beginning you will regularly fall off your feet in close combat, but after the first crafting hurdle (and a possible switch to ranged combat) there are hardly any major obstacles in your way. Except perhaps the imprecise map information, which doesn”t even show the names of the registered NPCs.

Although the product page already advertises survival gameplay and the construction of your own fortresses against the destructive force of the Eternal Winter, according to the roadmap, these features will probably have to wait until at least the second quarter of 2023. At the earliest, a separate survival game mode will appear. We also don”t know what the currently playable mode is called.

Classless and so far without class

In battle, you have up to three special abilities at your disposal, which you gradually unlock in the ring-shaped talent tree, including the aforementioned healing or area attacks. In addition, a kind of adrenaline bar charges up in battle, which two-handed wielders can discharge in the form of a powerful whirlwind attack, for example.

As there is no class system, you can mix and match freely or primarily play in the sections that harmonise with your preferred weapon type. You can choose from bows, wands and cutting weapons such as swords and axes, which consume your stamina in battle. Managing your own stamina supply is the ultimate tactical requirement when fighting and gliding around, and certain key talents help with this.

Higher levels (1 to 40) only cause limited damage. The biggest leap is clearly made by switching to the next higher material level. There are currently only two of these: stone and bone. Iron weapons and armour, as well as buildings made of stone, will not be available until the end of December, when the next area and story chapter, the Dragon Grove, is just around the corner.

Story chapter is probably a bit of a mouthful here, because the story so far about the apocalypse brought about by the Faceless One, which wiped out almost all humans, their battle titans and the magical dragons, is something you”ll have to figure out for yourself bit by bit over the stone tablets lying around.

The rather expedient NPC monologues in text form (your optionally female or male alter ego remains mute like the other characters) only give you winking instructions and can hardly be called plot devices. The German translation is solid, except for occasional snippets of English text and a wild mixture of “Siezen” and “Duzen”.

The fluid animations, including a skilful dive into the water, and a pretty lighting atmosphere provide atmosphere. In contrast to Valheim, which manages to exude an incredible amount of charm despite its simple graphics thanks to numerous design tricks, beautiful sunsets cannot console us for the fact that Frozen Flame seems poorly detailed overall. We didn”t get to see any special weather either – not even rain!

The game of good beginnings

You can just tell Frozen Flame is not finished yet. Although the existing elements, including co-op, work quite well and we encountered very few bugs, there is still a lack of substance and coherent staging in all areas.

Depending on your desire to build and your style of play, you will probably be through with the two chapters so far in five to fifteen hours. The dim-witted AI, which likes to wedge itself defencelessly against objects and can also be effortlessly outmanoeuvred in other ways, poses no challenge.

Because the difficulty level doesn”t seem to pick up even in co-op with friends, the problem only gets worse online. While the host/server admin can tweak player and monster damage and even add inventory loss on death, without better AI and more sophisticated combat mechanics, this is unlikely to help much.

On release day, an outcry went through the community as developer Dreamside Interactive seemed to hide the creation of dedicated co-op servers to play with more than four (now six) players behind a paywall.

The only option was a link to the server rental company GPortal including profit sharing for the developers. Less than 24 hours later, Dreamside released the server files and has since made every effort to support the players in their co-op endeavours.

In any case, it is beyond us how up to 50 players are supposed to occupy themselves on the planned public servers. One”s own quest progress is instanced, so it can only be promoted by others, but not sabotaged, whether intentionally or unintentionally, and the building system is still far too shallow for larger community projects or PvP sieges.

However, PvP orders with different bonuses and quests were originally planned, as well as a cyclical clearing of the game world, where certain successes of fellow players reverberate into the next run. This overarching progression was intended to provide long-term motivation despite the resets and eventually culminate in the final world save.

Whether these plans still exist, we do not know. A look at the (developers) planning board reveals that only action-adventure replenishments are due until March 2023. Namely the dragon grove, new weapon classes such as spears, shields and hammers, iron and chitin equipment, an enchantment table, mounts as well as musical instruments.

In view of (sobering player numbers) a maximum of 5,500 concurrent users (with a strong downward trend), it remains to be seen to what extent Frozen Flame can realise its lofty plans.

I had the advantage of being able to set off for Arcana relatively unencumbered. Other players who have been following the project since the studio was founded in 2016 or the crowdfunding campaign in 2020 are now clearly sour about the still missing features.

Nevertheless, I must admit that my first impression during the prologue was also that I was playing a prototype or a typical Unreal Engine student project here. Only after unlocking the flight mode and a few enjoyable hours of co-op did the potential that lies dormant in Frozen Flame flash through. Now some funny side quests also came to light, such as a boar who curses me for stinking as miserable as he does. Or the treasure chest that is jealous of the contents of another. More of this, please!

I would wish it on developers and long-term fans that the existing potential can finally be exploited. However, in view of the game”s meagre substance, I can only really recommend it to co-op fans who are keen to experiment and for whom a small weekend bite to eat is enough. 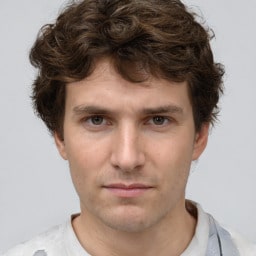 New OP Movement in MW2 & Warzone 2.0? This is how the G-Walk works in Call of Duty

PC players will also benefit from the Next Gen update for The Witcher 3. Today there should be...
Read more
General

Maze Theory announces that Peaky Blinders: The King''s Ransom will be released for Meta Quest 2 and PICO 4...
Read more
General

New OP Movement in MW2 & Warzone 2.0? This is how the G-Walk works in Call of Duty

"Walk like a Gorilla" seems to be the current motto in Modern Warfare 2 and Warzone 2.0. The G-Walk...
Read more