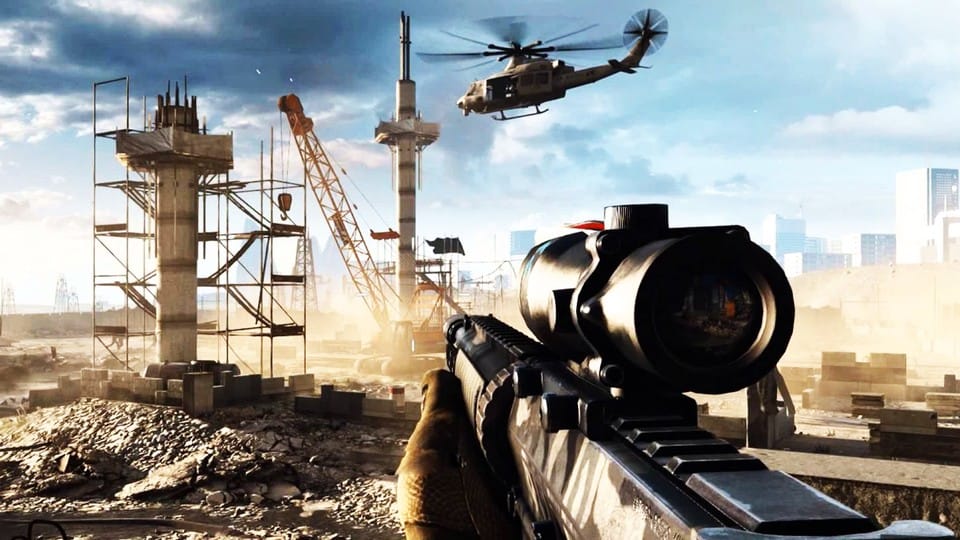 Battlefield 6 is coming. EA has now announced a rough time frame for the Reveal and Release.

That Battlefield 6 will come has been certain for a long time. EA also confirmed that it will come in 2021. In a conference the publisher became more precise now and gives a rough release period for the shooter: In the pre-Christmas period 2021 it should be ready.

So the multiplayer shooter will not compete with Call of Duty Black Ops: Cold War, but only with the part that will most likely be released next year. The next Call of Duty, which is rumored to be a sequel to Modern Warfare, could be released at a similar time.

When will there be new information? The publisher also indicated when they will release more information about the title. According to EA, they plan to talk about the game in more detail in spring 2021:

“The next Battlefield will be released in 2021 and we are looking forward to sharing a lot of information about the game in spring.

Battlefield 6 on an “unprecedented scale
EA CEO Andrew Wilson held back with further information. He only explained that the shooter “will make use of the technical improvements of the Playstation 5 and Xbox Series X” and that the internal tests have been positive so far. In addition, he speaks in best PR manner of the fact that Battlefield 6 will have “unprecedented dimensions”.

A Leaker wants to know more: In 2020, a Leaker already came forward and claimed to already have some information about Battlefield 6. Among other things he talks about maps with up to 128 players at the same time. But since most battles are still supposed to take place with 64 players, this points to a Battle-Royal mode. He also talked about the setting: “This is how it should go again in the direction of Battlefield 3.

Our editor Philipp Elsner, on the other hand, does not talk about how Battlefield 6 will become, but how it has to become if it wants to win back the favor of the fans.

What else happens at Battlefield?
The fifth main part of the shooter series did not have it easy. With a last big update in summer 2020 the service of the game was officially stopped. Accordingly there was no event for Halloween, but still some free skins. At the same time a Definitive Edition with all contents was released.

Meanwhile, fans are again devoting themselves to Battlefield 3 and released a number of unofficial mod tools, with which not only new maps, but also completely new game modes can be created. With the help of these, the Reality Mod will be released in December 2020. As the name already reveals, it will focus entirely on realistic battles.

Is Biomutant good? Great disagreement in the Steam reviews

Dr. Mundo rework comes in patch 11.12 – This is how the champion changes

Is Biomutant good? Great disagreement in the Steam reviews