On 26 November 2020, Title Update 1.0.4 for Assassin’s Creed Valhalla will be released. We will tell you which bugs and problems the big patch takes care of.

Update / 17:32: Meanwhile the patch is live and on Reddit you can find a lot of criticism from the community. At the end of the first page you can find an overview of the biggest problems.

Assassin’s Creed Valhalla has been out for a little while now, but is still struggling with many problems. That’s why Ubisoft is now releasing patch 1.0.4 to get rid of a bunch of gameplay and graphics bugs. There are also a few small but nice quality-of-life improvements that should make your gaming experience more enjoyable.

The detailed patch notes for Title Update 1.0.4 can be found on page 2 of this article. By the way, we are happy to help you with our guides to Assassin’s Creed Valhalla, should you encounter any problems while playing.

CoD Cold War: The best weapons with setups & tips for each class

Release date: When will patch 1.0.4 be released?

The most important contents

Broken savegames remain a problem: First of all, a bug that may currently affect your savegames is apparently not addressed in patch 1.0.4. Fans will have to wait a while until Ubisoft sends out a fix.

AC Valhalla gives you more cloth: cloth is one of the most important resources of Assassin’s Creed Valhalla. Thanks to patch 1.0.4, you will be able to wear up to 82 instances of the materials at the same time, and you will also be able to buy cloth from the merchant in your settlement once it reaches level 6.

A little more overview: Another improvement concerns Eivor’s Skilltree. If you have a particular skill in mind, the skill tree will now show you the fastest way to get there. This should give you a better overview of the many unlockable abilities of Assassin’s Creed Valhalla.

In addition, the menu now distinguishes between the different types of runes in Assassin’s Creed Valhalla: Thanks to patch 1.0.4, there is a subdivision between weapon and armour runes.

Stealth gameplay is fine-tuned: Patch 1.0.4 brings many gameplay improvements that focus relatively strongly on Eivor’s quiet operation. For example, problems with aiming with bow and arrow have been fixed. In addition, guards now react if they notice Eivor shooting their colleagues with an arrow.

In addition, guards can now hear when you drop a corpse in their immediate vicinity, and their behaviour has been adjusted if you whistle at them. You can also attack zealots you shoot with a stun dart with a sneak attack.

By the way, if an enemy is sitting on the ground or lying around asleep, they are no longer immune to sneak attacks from the air.

AI not so stupid anymore: Problems with the AI are also addressed by patch 1.0.4. For example, allied NPCs or horses can no longer trigger traps, while in raids, your comrades-in-arms can no longer leave you alone when opening doors. Once a raid has been successfully completed, your warriors will also retreat to your longship and no longer linger in the area.

Bug fixes for graphics and the game world: Patch 1.0.4 addresses a lot of smaller graphics bugs and problems – for example, clipping is reduced, animations of NPCs and Eivor’s coat are improved. The patch also improves the exposure and in general there should be less graphic bugs.

In addition, Eivor should no longer get stuck in certain places in the game world, problems with textures and the placement of objects should be addressed. Crows should also no longer be allowed to rain from the sky. The performance of Cutscenes was also improved.

By far the most important improvements in patch 1.0.4 are that dogs no longer float away when Eivor strokes them, and that you are now cheered on by the audience in drinking contests.

GOB B considers entry with BIG in new Shooter Valorant 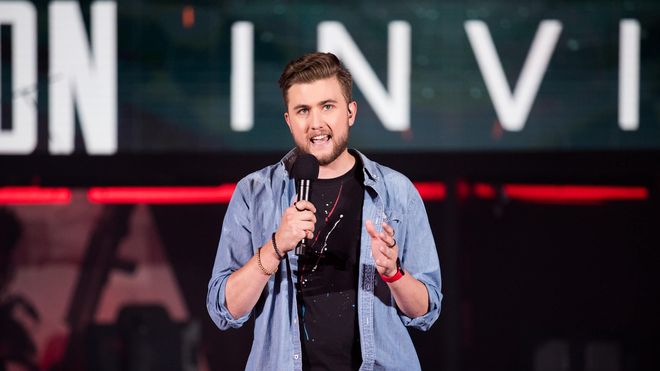