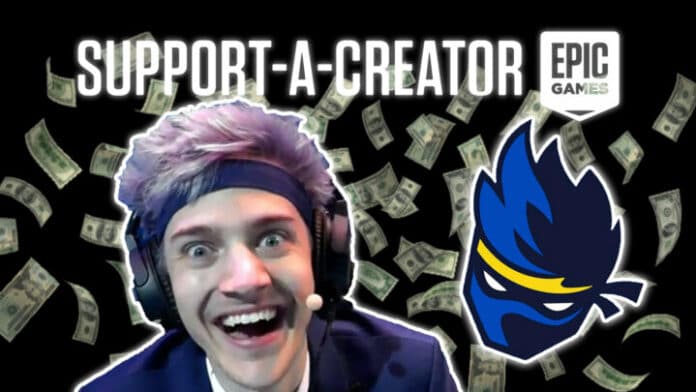 Ninja is the streamer with the most followers on Twitch. Now he told in one of his streams how much money he earns monthly through the Creator Code of the “Support a Creator” programme, by Epic Games.

The Creator Code is a programme by Epic Games. Under the slogan “Support a Creator”, streamers can sign up and then receive percentage shares of store purchases made by users with the streamer’s respective code.

Of course, Ninja is also taking part in this programme, because with 16.6 million followers, many of his fans reach for their wallets to purchase skins and other items with his Creator Code. The streamer now announced how much revenue he generates monthly with this code.

Ninja said in his stream on 13 March that he earns up to 5 million US dollars in a month from the Creator Code alone. And that’s not his only income, as he also gets advertising deals, donations from his fans, Twitch subscriptions and money through YouTube. Together, that adds up to a significant amount of revenue that we can’t even imagine.

Weapons, maps and zombies – that’s what’s in the Warzone Season...