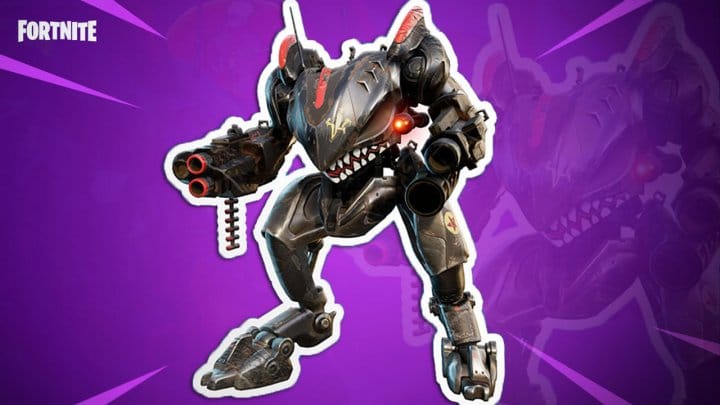 The B.R.U.T.E Mechs are returning to Fortnite in Season 8. The destructive robots were once considered the Battle Royale’s biggest bug. We show you where you can now find them and how best to use them.

Nearly two years ago, the mechs in Fortnite briefly spread fear and terror at the end of Chapter 1 and caused a lot of frustration among the players due to their sometimes unfair strength. With the V.18.40 update, the robots have returned in Season 8, but somewhat weakened.

The mechs, also known as B.R.U.T.E, appear in their captured new edition only with improvised armour and without the previous protective shield. Thus, the mobile steel robots are easier to defeat than before if you position yourself properly against them.

Actually, the mechs are meant to be used in battle against the Cube Queen monsters to take out even large hordes at a time. But when it comes to Battle Royale in PvP mode, the machines take on a different role.

Where can I find the mech?

The spawn possibilities of the mechs are limited at the beginning. A few days before the mighty metal machines appeared, Epic Games placed some donation boards where players could drop off gold bars. If enough donations were collected, the mechs were unlocked.

Since the release last week, a B.R.U.T.E appears very frequently at the southern end of Pleasant Park. However, the spawn possibilities can change as the game progresses. Another spawn is located in the east of Corny Corps, which was also unlocked via donation board. If a mech is destroyed, it usually spawns again in the same place at irregular intervals. 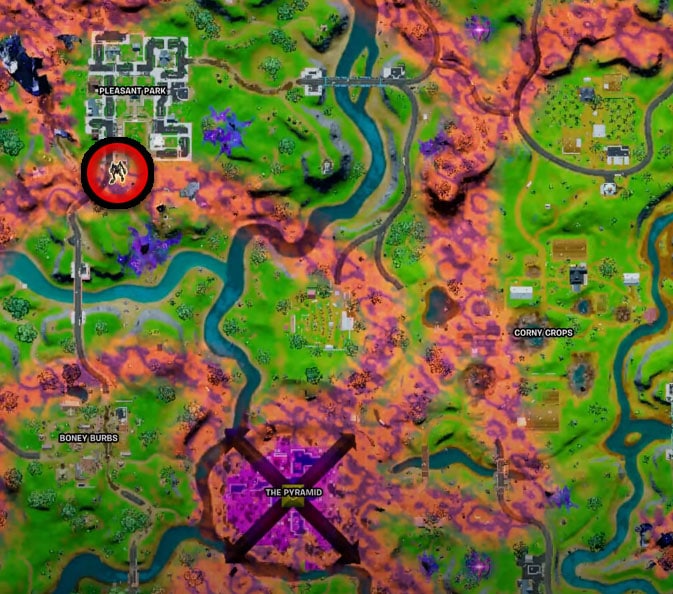 The mech starts with 900 health. A targeted volley of shots makes it possible for two or more players to quickly dismantle the robot into its individual parts. As soon as the health points of the mech drop to zero, the respective occupant is thrown out of the robot. The mech starts to burn and explodes after a few seconds. This detonation causes fatal damage to all players standing nearby.

Control the mech and use it to your advantage

Up to two people can be in the mech and control it. One fires with the rocket launcher, the other shoots with the built-in machine gun. But you can still do it alone. The missiles fired pursue the targets and cause a lot of damage. They can also track and knock out distant enemies. In addition, you can stomp on the ground to destroy even large objects, vehicles and houses.

As soon as you jump on a house, it will be destroyed at the point of impact. Take advantage of this to take away the protection of nearby enemies. Due to your mobility with the mech and the rocket launcher, you will hardly give your opponent a chance. However, be careful not to fight more than two enemies at a time to minimise your own crossfire damage.

It is important that you yourself remain mobile with the mech in order not to be shot down immediately by other players. Because if you have the battle colossus, you can be prepared to be attacked from all directions – especially in contested areas and the spawn point of the mech, this is always the case. Use your high jump cleverly by combining it with the short drive boost. This way you can cover many metres virtually flying and also surprise enemies in their towers.

If you have the chance to survive the initial phase with the mech, you should get out in protected places and get material to build a protective wall and ramps for the mech for firefights. Because with the advantageous High Ground and the infinite missiles, you will put a lot of pressure on the opponents until the late game.

Also use a trick for firing the missiles quickly: After firing, jump out of the mech and get back in. This way you can use the rocket launcher again in a shorter time. Once you have internalised the strengths and weaknesses of the mech, the brutal machine is a winning option.

World War 3 has just entered beta and is fishing in the waters of Battlefield 2042: large maps, infantry...
Read more
General

The hot weeks of GTA Online are reaching their climax: On Cayo Perico you can make a lot of...
Read more