Following the departure of Hertha BSC, Twitch streamer Eligella will be actively involved in the Esport team FOKUS Clan.

The future of Twitch star Elias “Eligella” Nehrlich is certain. The streaming great is set to take on a leading role with the esports team FOKUS Clan. The news was delivered with a big announcement video, which included the “Who’s Who” of the YouTuber world as well as professional footballers.

Eligella and the Hertha BSC eSports Academy ended their more than three-year partnership on 31 August. As a result, the rumour mill was bubbling over the whereabouts of the crowd favourite. But as of Monday, it is clear that Eligella will be more than just an esport player with the FOKUS Clan as a new member as well as general manager and co-owner.

The line-up of the FOKUS Clan has thus become even more prominent. In addition to newcomer Eligella, the team also has FIFA World Champion Mohammed “MoAuba” Harkous and YouTuber Danny “Proownez” Liepolt in their ranks.

But despite Eligella’s new duties, he will not disappear from the streaming landscape – quite the opposite. As was announced the week before last, the popular FIFA streamer signed an exclusive contract with Twitch.tv. This also includes a minimum number of monthly hours that Nehrlich must stream.

FIFA 22 Talents: Young players with huge potential for the career... 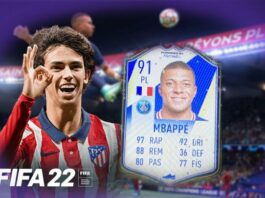 Mbappé as FUT VIP in FIFA 22 – Community puzzles over...