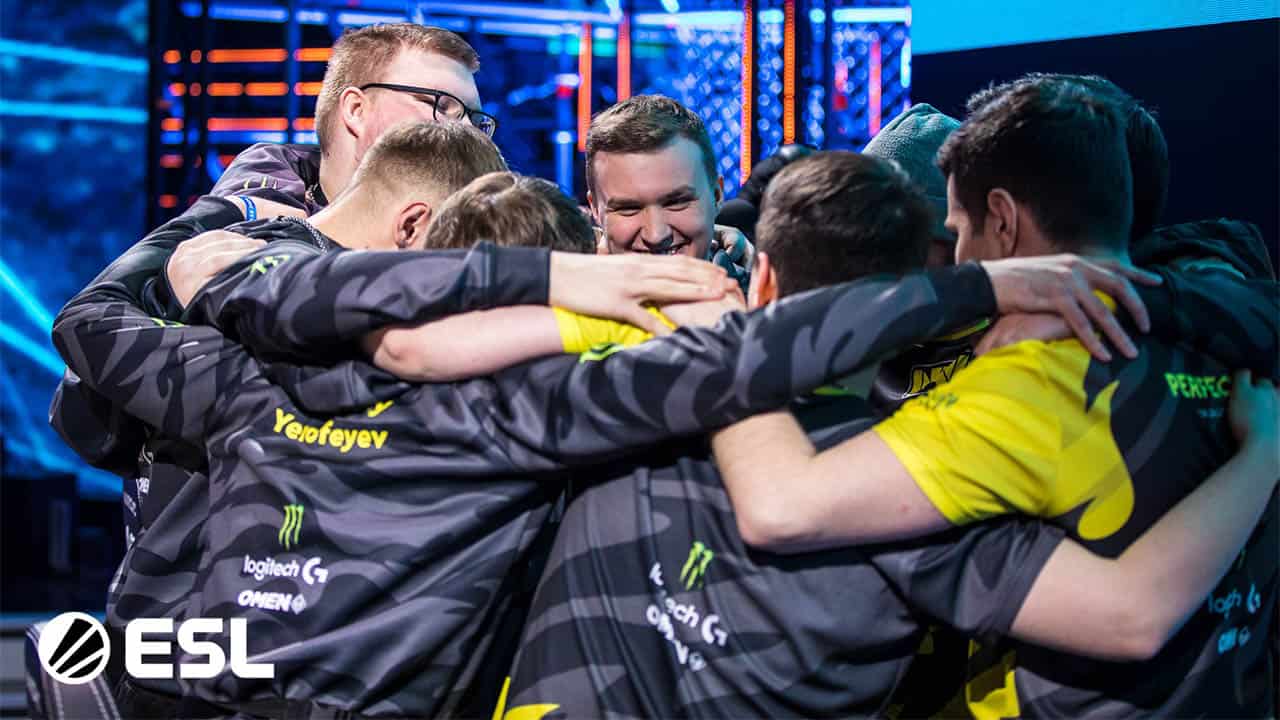 The finalists of the IEM Katowice 2020 have been determined. G2 Esports and Natus Vincere will play for the big title in Poland tomorrow.

Demonstration of power by Natus Vincere
The Eastern Europeans around their star duo Oleksandr “s1mple” Kostyliev and Denis “electronic” Sharipov virtually showed the world number one Astralis in the semi-finals. The Danish stars could only fetch ten laps over two maps, the rest of the semi-final was completely Na`Vi.

Well, it’s been a long time since I’ve felt that powerless in a game as a team. They played amazing today. Gg @natusvincere

On Dust 2 Natus Vincere swept the Danes off the server with 16-5. A clear result, which could have been much worse. s1mple & Co. played completely unleashed and partly the map became the highlight reel for the Eastern Europeans.

Astralis hoped for a comeback on their own Mappick Nuke, but Na`Vi gave the Danes no respite at all. Instead, Natus Vincere continued exactly where they had left off on Dust 2 and was already leading 13-2 at half time. Some of the rounds were almost embarrassing for the world number one. Especially round five will be remembered by the fans for a long time. Here, Egor “flamie” Vasilev completed the complete Astralis with a Galil within seconds:

THE GALIL OP IN THE HANDS OF @flamieCS 😨 #IEM

Overall, Nuke also ended 16-5 for Na`Vi, who will go into the final against G2 as clear favorites with this demonstration of power.

G2 wrestles down Fnatic
In the other semi-final, the three-time IEM Katowice Champion fnatic and G2 clashed. With a 2-1 win against the Swedes, G2 was far more difficult than Na`Vi against Astralis. Both teams did not give each other anything, but thanks to a strong performance by star player Kenny “KennyS” Schrub, G2 secured their ticket to the final

Bei Fnatic’s Swedes lacked the usual star power in the semi-finals. Neither Jesper “JW” Wecksell nor young star Ludvig “Brollan” Brolin could fully call on their power and so Fnatic had to give up the chance for a second win for the Intel Grand Slam.

Who will crown himself the new champion in Katowice?
Natus Vincere has more than earned the role of favourite for the final by beating Astralis. Nevertheless, the Eastern Europeans would do well not to underestimate G2. After all, in the course of the tournaments, G2 turned out to be a real secret favourite, having already scored surprise victories over mousesports and Team Liquid.

Both teams will also have the chance at the final to make clear their first victory on the way to the Intel Grand Slam.

So we can look forward to an exciting final.

Who do you bet on in the final? Tell us via social media!