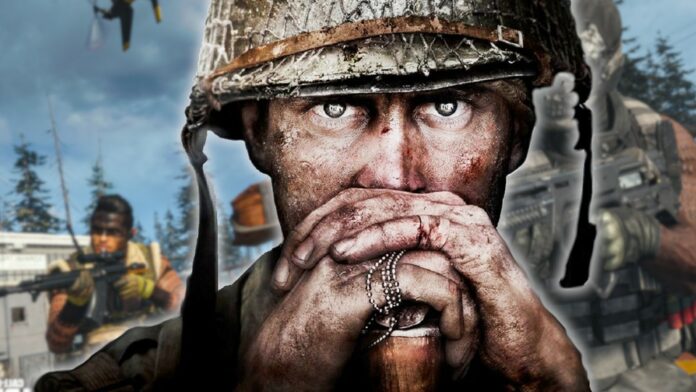 Supposedly, new information about the Call of Duty appearing in 2021 has leaked. We summarize everything about the setting, developer, title and future of Warzone.

No, the 2021 Call of Duty has not yet been officially announced. So far, only rumours and alleged leaks have surrounded the game following Black Ops: Cold War and Modern Warfare. Now there should be new information about the next part of the shooter series – from a fairly reliable source.

In the following article, we summarize for you the most important, potential information about CoD 2021 that the established insider ModernWarzone shares with the public on its own website: regarding the title, setting, developer and integration of Warzone.

According to the title: ModernWarzone, CoD 2021 should listen to the title WWII: Vanguard. However, this is probably still a working title, which will be changed again until official disclosure. What the final product will be called is not clear from the leak.

The Setting: As the working title WWII: Vanguard already suggests, CoD 2021 – or at least a large part of it – probably plays during the events of the Second World War. This contradicts some hitherto quite credible leaks, according to which the next Call of Duty is to play in the 1950s or the Korean War.

ModernWarzone formulates the theory: CoD 2021 could deal with an alternative timeline in which the Second World War was not ended in 1945, but lasted until the 1950s.

Alternatively, however, it is equally possible for the story of CoD 2021 to be told in the course of flashbacks, which a rapporteur addresses in the period after the real end of World War II. Or that we accompany soldiers who were also involved in the Korean War after the Second World War. But this is mere speculation.

Should the next part actually listen to the working title WWII: Vanguard, it would always make sense if Sledgehammer continued his own series. Just as Treyarch is best known for the Black-Ops games or Infinity Ward for Modern Warfare.

ModernWarzone now emphasizes once again that the developer behind the 2021 Call of Duty would be Studio Sledgehammer.

The Future of Warzone: Already before, reports have been circulating that Warzone will continue to play an important role in the future of Call of Duty and that CoD 2021 is a similar integration to Black Ops: Cold War.

ModernWarzone is now saddling up on this, according to which CoD 2021 Warzone should even contribute its own map. However, there are no concrete details. There is only talk of weapons and assets from the new Call of Duty also landing in Warzone – which of course would make sense.

According to ModernWarzone, every new Call of Duty should leave its mark on Warzone for up to five years.

How credible is the alleged leak?

As already mentioned, ModernWarzone is one of the most reliable and trusted insiders in the call-of-duty scene. On Twitter and YouTube, the channel already looks back on a far-reaching history of leaked information about CoD that should come true later.

However, ModernWarzone is not automatically one hundred percent correct: even insiders can occasionally come into possession of outdated information that changes until the final release. Accordingly, readers should remain cautious until official announcement.

Share
Facebook
Twitter
Pinterest
WhatsApp
Previous articleNBA player Kevin Durant invests in VALORANT team – These celebrities are in esports business
Next articlePossible Battlefield 6 leak: Should combine all parts of the series according to insider