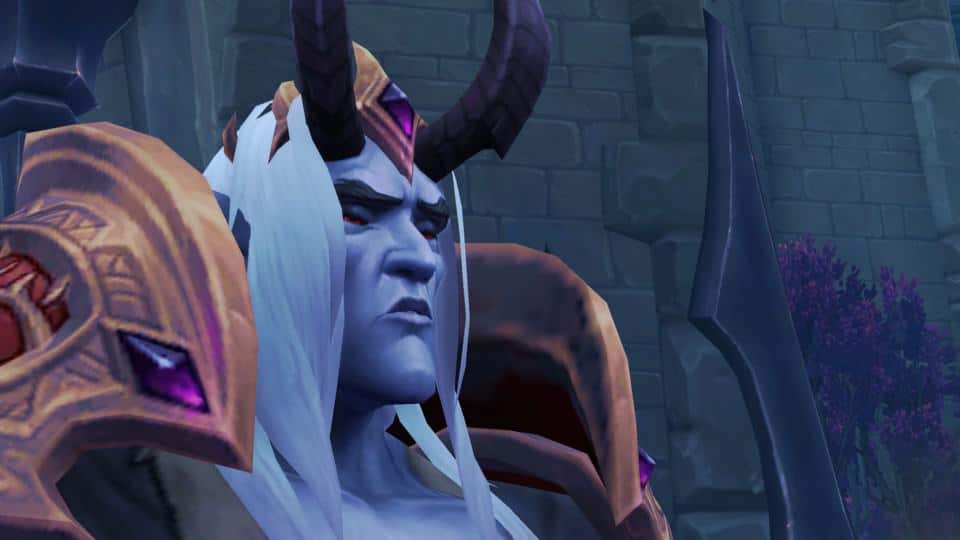 Today the Endgame in WoW Shadowlands finally starts for real: We have all the information about Castle Nathria, the Mythic+ Dungeons and the first PVP Season for you.

The latest WoW expansion World of Warcraft: Shadowlands has been available for two weeks now, and many of you who started out in the Shadowlands with the release have now reached the highest level, level 60.

So far, you’ve been able to pass the time collecting soul ash in the Torghast, increasing your faction’s level of glory, or collecting loot in heroic and mythical dungeons – but now it’s time to get serious!

The first Raid Castle Nathria, the Mythic Plus mode for dungeons and the first PVP season are now available. In this article you’ll get all the important information.

One of WoW’s big plus points are the spectacular raids, in which there are regular battles with important story characters and old acquaintances. This is also the case in Castle Nathria, the first raid of the new expansion: In the huge castle in the middle of the Revendreth area, not only Loot, but also the tyrannical ruler of the Venthyr, Count Denathrius, who will appear as the final boss.

From now on, you and your guild can enter the normal and heroic mode of the raid. The first wing of the raid browser and the Mythic difficulty level will follow on December 16, 2020.

Those who prefer to travel in smaller groups of five instead of in large raids can now devote themselves to the Mythic Plus mode. It works exactly like it did in Legion and Battle for Azeroth:

– Mythic+ dungeons have different difficulty levels that can be activated with a keystone. You get the first one by completing level 0, for which no stone is required.
– With each level, enemies deal more damage and take more.
– Completing a higher Mythic+ level gives you the chance to receive rewards with higher item levels.
– After a certain level, mobs get affixes that make your enemies even stronger and the encounters more unpredictable.
– Each week, all players who successfully complete a Mythic+ dungeon will receive a guaranteed item from their personal treasury in the Hall of Custody of Oribos.

For the first week, the following affixes await you:

In addition, “Pride” has a seasonal affix: After you kill enough enemies, the manifestation of pride appears. If you defeat it, you’ll receive the eponymous Buff Pride, which increases damage, healing, movement speed, health, and mana regeneration.

Previously, Shadowlands could only engage in unevaluated PvP in battlefields and the arena. With the honor you earn there, you can trade in at the PVP merchant in Oribos for PVP equipment that can be upgraded on several levels, depending on your level of fame in your pact.

Starting today, you can reach fame level 7 and thus upgrade your armor up to item level 184 – but you can do even more by participating in the rated battlegrounds and arenas to earn conquest points.

Depending on your rank, you can use these points to buy equipment with even higher item levels:

The equipment purchased with the conquest points can also be upgraded with sufficient honor.

COD: That's why the FR 5.56 is the best weapon in Warzone right now