With the Season of Mastery servers, WoW Classic will soon get new servers, which especially real WoW pros will be looking forward to. We’ll tell you what you can expect.

It’s only been two weeks since the second phase of the current expansion The Burning Crusade was launched in World of Warcraft: Classic, so players can currently battle their way through the new, challenging raids Serpentshrine and Fortress of Storms.

For those who find the current content not hard enough, Blizzard now has something new planned: Soon the new pro servers will start with the name Season of Mastery

What awaits you on the pro servers?

Whoever feels like hitting reset again and starting a completely new character on a fresh server after the initial release in summer 2019 will soon get the chance to do so. But while the original Classic servers aimed to replicate the original WoW as closely as possible, these new servers will feature a number of changes that will make the game more accessible for newcomers and more challenging for hardcore players.

This is different on the pro servers: Leveling will be much faster this time around, as there will be more experience points for questing in particular. There will also be some comfort improvements that should make grinding less exhausting.

All gathering stones found outside of dungeons will now be converted into summoning stones. Specifically, this means you can use them to instantly summon party members to the dungeon entrance from anywhere in the game world. Also, all mining and herb nodes will be found much more frequently to accommodate the higher player count on the Classic servers compared to the original game.

Do you want to review everything that has changed in WoW Classic compared to the original? We have summarised all the new features for you in a video:

Probably the biggest change is that raids will appear much more frequently on the Season of Mastery servers than in regular WoW Classic. Originally, Classic’s endgame was split into six phases that mimicked the MMO’s content updates in 2005. It took Blizzard about two years to release all six phases, but with Season of Mastery, Blizzard now wants to speed things up and release all six phases within a year. This should also be the reason why levelling should be much faster.

In addition, the raids will become much harder: This change had been wished for by large parts of the WoW community after they had noticed that many of the old familiar raid bosses from the original WoW are no longer a big problem for today’s players. Also because in WoW Classic many bosses came into the game in their weakened version. On the pro servers, notoriously difficult raids like Naxxramas will appear in their original, undegraded version.

Exactly when the first new servers will go live has not yet been determined. However, the first open beta will start on 5 October 2021, which means that a release of the pro servers is likely before the end of the year. 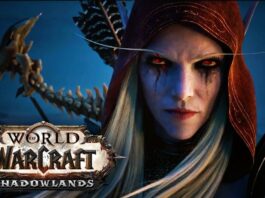 WoW DPS Ranking: Which Class is the Best?