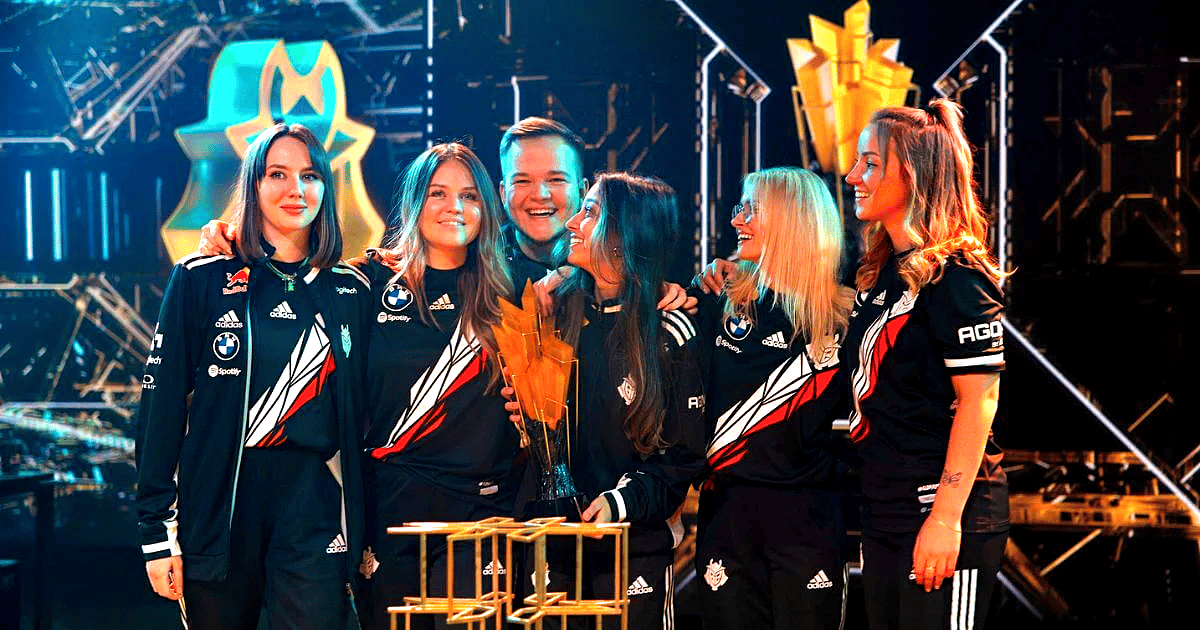 G2 Gozen has done it! The German organisation”s roster brings the trophy to Europe. In a match that lasted four and a half hours, everything was demanded of both teams

After five cards it was finally decided: G2 are the winners of the first women”s major in Valorant!

After all, victory was already within reach for Shopify Rebellion GC. The team led by 17-year-old Diana “sonder” Zhang won both Pearl and Bind 13-9 early in the series.

G2 Gozen: A comeback with style

On the third map Ascent, every eSports player”s nightmare began for the players from North America. A reverse sweep, as it plays out in the textbooks. On maps three to five, Shopify managed to win just ten of the 49 rounds played. In front of their home crowd, G2 led their opponents by the skin of their teeth with 13-3 (Ascent), 13-2 (Icebox) and 13-5 (Breeze).

All the pressure fell off and emotions ran high, as you would expect with a Major win:

In case you missed it 📸 pic.twitter.com/UBlwVAbL4H

“Greetings to my home country Bahrain, I am so overjoyed to be able to represent them here. My country and all the other players and women in the MENA region. You could do it. If you set your mind to something, have a vision, a goal, whatever, you can do it. You have to believe in yourselves. Because today, today I did it. And I can”t believe it.” – Maryam “Mary” Maher (G2 Gozen)

All of these had to admit defeat to the underdog from the States. Even though in the end they ran out of steam against G2 Gozen and the dream of the Major was ultimately shattered, Kayla “flowerful” Horton and her team can be proud of all they have achieved. After the final, however, the team was the only losing team not to attend the scheduled press conference. On the days before, every team had appeared.

A small, if unnecessary, bitter taste to what should have been an outstanding performance.

Share
Facebook
Twitter
Pinterest
WhatsApp
Previous article
AC Valhalla: Two years of Assassin’s Creed come to an end in December with final DLC
Next article
Nobody – The Turnaround in review: How good is Steam”s most wanted life simulation really?

Last night Deep Silver and Dambuster Studios announced the Dead Island 2 showcase. In this one, we can expect...
Read more