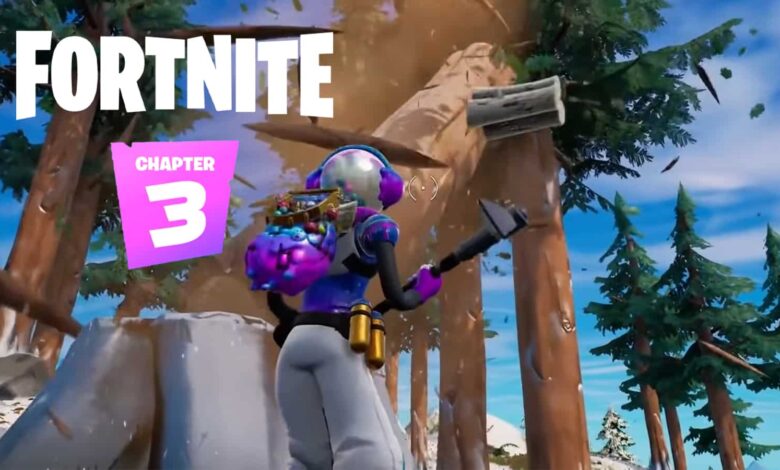 Trees with Auto-Aim sounds absurd at first, but it really exists in Fortnite. Here’s how you can take advantage of it.

Fortnite’s new chapter also brought a new type of trees with the rotated map. However, the large trees are not only suitable for collecting lots of building material. They also have a built-in auto-aim, which can become a big advantage.

The new type of tree seems to become more and more useful. Only a few weeks ago, the trick was discovered with which you can quickly get above water thanks to the trees. But now another feature is revealed.

On Reddit, the user Ruckus uploads a clip in which he shoots one of the new trees and it then falls on the opponent and kills him. To this he writes the question: “Do trees have an auto-aim for the nearest player? “

The community answers and agrees. Indeed, the trees always fall on the opponent. This trick can be extremely useful, especially if your own aim is off or a player is hiding behind a wall. This feature is also quickly making the rounds on (TikTok).


It doesn’t seem to matter where you shoot from or in which direction your opponent is moving. Epic Games seems to have put a lot of work into the new tree type. Perhaps there are even more tricks hidden in the nature of the new map.