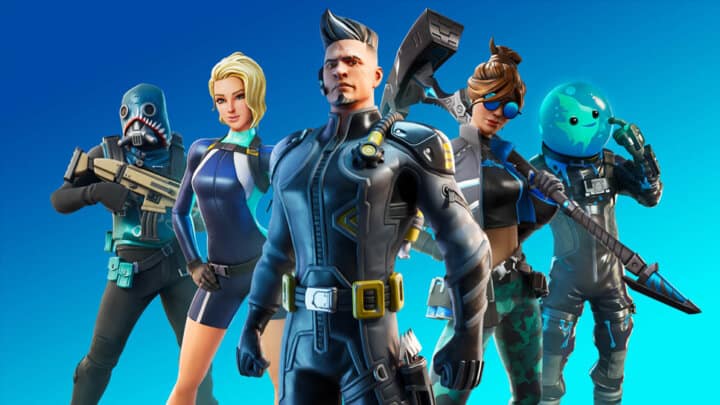 After a spontaneous hotfix last week, Epic Games is now taking the Hand Cannon out of the game again.

The v15.50 update promises a new weapon and a LazarBeam special.0.1 no one saw coming in Fortnite. A weapon has been removed from the game via a hotfix, and an old familiar one has been brought back into Battle Royale after a long time. In addition, there is a new Limited Time Mode.

“The Hand Cannon will be vaulted again, while another item will return. Spread the word!

After 16 months in the Vault, the currently very popular Hand Cannon was freed again in the past mini-hotfix to replace the Flint-Knock Pistol. After only a week, the weapon will be removed from the game and vaulted again. The Vault refers to a symbolic vault where old weapons and items are locked away once they are patched out of the game.

Epic Games uses the phrase “a new update rapidly approaches” in the update tweet. Fans took the word rapid as a reason to speculate about a new Rapid Fire Weapon. A potential candidate would be the return of the Rapid Fire SMG, which was vaulted in v14.00.

The phrase “spread the news” in the tweet also led to theories about a new old shotgun, as shotguns have the most dispersion in the game. A possible candidate for a return would be the Drum Shotgun, but it didn’t enjoy too much popularity.

In addition to new weapons and a different island size in Creative Mode, v.15.50 brings other little things. YouTuber and streamer Lannan “LazarBeam” Eacott is getting his own Fortnite Icon Series skin. This one should be available starting March 4.

Welcome the newest member of the Icon Series, @Lazarbeam!

He's arrived and he's ready to do work. Read about his cosmetic set and a Duos Tournament that only he himself could have come up with.

Additionally, several bugs will be fixed. Snowy Floppers were inadvertently not always giving Shield or the Icy Feet bonus; cars were not doing damage in collisions in some cases. These and several other mini.bugs should now be corrected after the update.

Fortnite developer Epic Games has provided two changes with a hotfix. While the Flint-Knock Pistol has been removed from the game after a short time, the Hand Cannon is coming back to the Battle Royale after more than a year. In addition, a new Limited Time Mode (LTM) is available: Comeback Squads.

The Hand Cannon has been forgotten after an absence of over a year. The last time it was playable for a limited time was January 4, 2020. This weapon was sent to the Vault because it was too rarely used in matches and space had to be made for other items. Epic Games brought it back from obscurity with Tuesday’s hotfix and returned it to the game.

A new Hotfix is live!

🔫The Flint-Knock heads back to the vault, but something handy took its place this week.
🔁New LTM later this week: Comeback Squads. Every life your loot gets better, but you have limited respawns! pic.twitter.com/W7DJD1yInf

The comeback of the Hand Cannon may have a slight impact on the game. Although the pistol is rather unsuitable for close combat due to its low rate of fire, the Hand Cannon is a good choice for medium to long distances. Most of the time, the weapon is used as a substitute for the Sniper Rifle, because at least 50 damage at high range always jumps out with a hit.

The new Limited Time Mode will be released in Squads later this week and promises to be a lot of fun. Because the name “Comeback Squads” keeps its promise. With every respawn a player gets better loot. However, the respawns are limited to five. This adds tactical spice to the action, in which a death can also be tolerated, if not even rewarded with good equipment.