Cyberpunk 2077: Next-Gen update may be postponed, but good news for Witcher

In the latest semi-annual report, CD Projekt Red comments on the planned next-gen updates and the first expansion for Cyberpunk 2077. 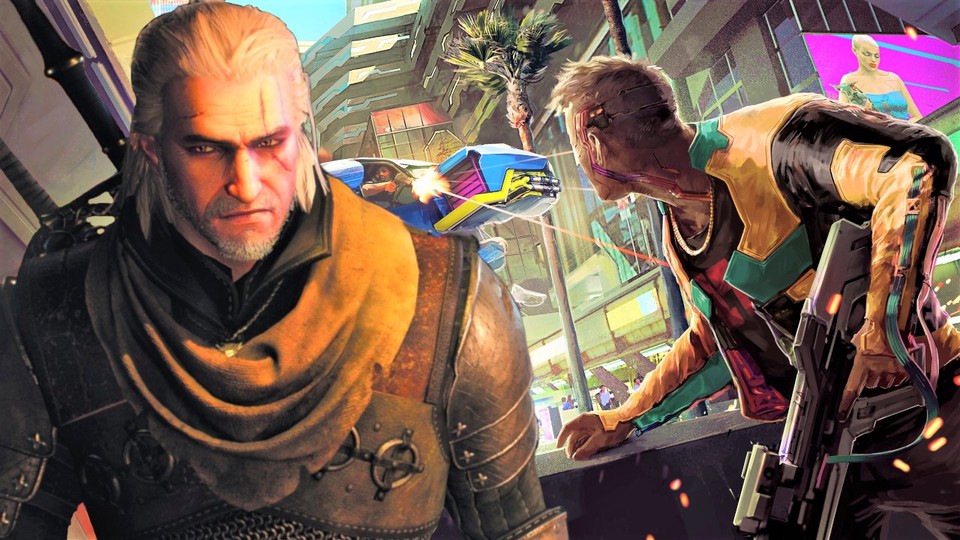 CD Projekt Red reviews the first half of 2021, and there are some exciting details in the report for fans of The Witcher 3 and Cyberpunk 2077. We summarise the most important info for you.

At the very beginning of the presentation, President Adam Kicinski makes it clear that the work on Cyberpunk 2077 is far from finished:

“Support for Cyberpunk will continue for as long as it is needed. Our ultimate goal is to keep the promise we made to players and win back their trust. We are fully focused on Cyberpunk reaching its full potential and becoming a long-term success.”

With that, he repeats once again what was promised in an official statement earlier this year. In the meantime, CDPR is keeping very quiet about exact dates and future plans. But there is news about the planned upgrade, from which especially the current consoles are supposed to benefit.

When will the next-gen update be released? Until now, the update was planned for 2021. And that is officially still the case – however, CDPR emphasises very clearly several times in the presentation that the schedule may be pushed back. They don’t want to be more specific, and since “Cyberpunk 2077 is still in development”, they can’t rule out the possibility of something coming up.

This can certainly be interpreted to mean that shareholders should be gently prepared for a postponement. After all, it is less than four months until the end of the year. But we will probably only get clarity when the studio announces a concrete release plan.

More info from the call:

– Currently about a quarter of all developers are working on the first expansion for Cyberpunk 2077, which will be a big Blood and Wine or Hearts of Stone style addon.

– It has not been explicitly confirmed or denied that this expansion will be paid for or what price range it might be in. Even when asked directly by an audience member, CDPR remained vague: “So far, such expansions have always been paid content, but it is too early to talk about pricing. ”

– Currently, a lot of work is still being done on the technology behind Cyberpunk 2077, that is, tweaking the Red Engine. Only recently, CDPR got reinforcement from modders.

There is no time frame yet for the release of the first expansion, but 2021 is unlikely to be it. And that could well be a problem, because 2022 is already overflowing with exciting role-playing game releases – i.e. strong competition.

The Witcher franchise also got a few small updates in the presentation. The best news right away: The next-gen update is definitely supposed to be released before the end of 2021. In contrast to Cyberpunk 2077, CDPR is very sure about this, because the upgrade is being developed by the external studio Sabre Interactive. And there, everything seems to be going according to plan.

More info from the call:

– A new The Witcher game may already be in the works. In an infographic, CDPR breaks down which percentage of developers are currently working on which projects. And when asked, Kicinski confirmed that “Other Projects” also includes at least one unannounced AAA title.

– This should almost certainly be a game in The Witcher universe, although it should still be in a very early stage of development if you look at the proportion of developers involved. A large part of the studio is still tied up with Cyberpunk, so better not expect The Witcher 4 in the next few years. 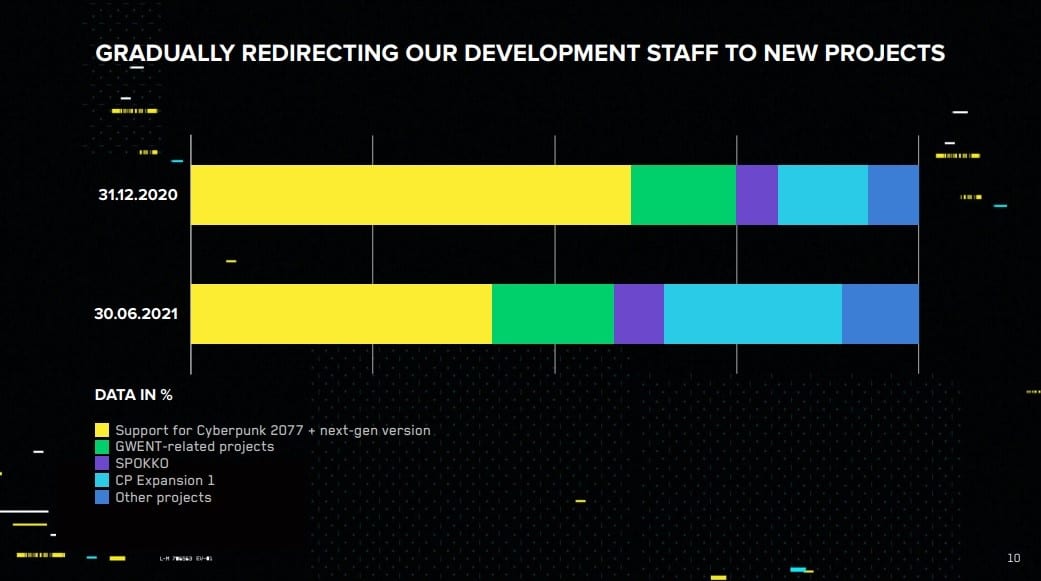 What else is happening with Cyberpunk 2077? The big update 1.3 is out, has the first small DLCs in the bag and fixes lots of bugs – but not all of them.