How to use the new Welgun weapon in Warzone and Vanguard 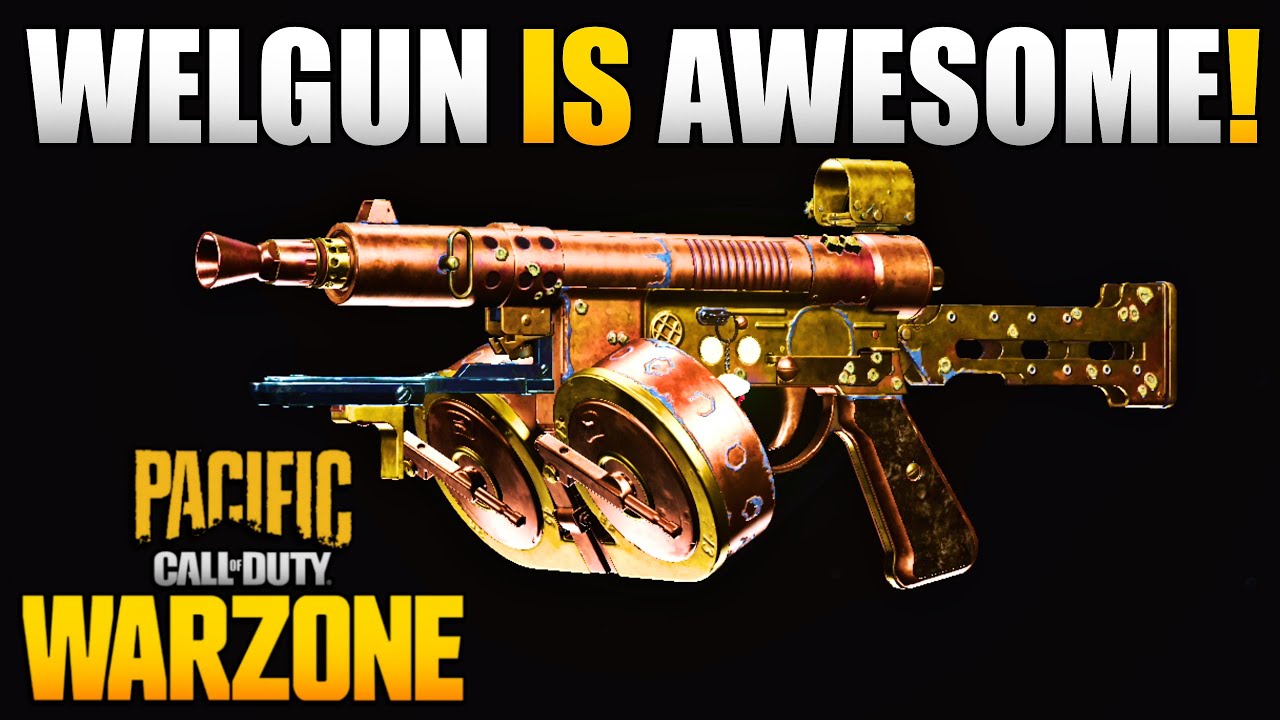 The new Submachine Gun Welgun brings offensive capabilities to Call of Duty: Vanguard and Warzone. Those who master the rapid-fire weapon will have a strong companion.

The new Submachine Gun (SMG) is available in Call of Duty as of this week with the Mid-Season Update. With the right setup, the Welgun is a powerful weapon for short to medium range in Vanguard and Warzone: Pacific. It can take down enemies with three to four shots. But the potential allows for better results.

With the .380 magazine attachment, the Welgun can even do its job in just three to two shots, Activision said right at the release of the SMG – even if this makes aiming more difficult. On the other hand, the .25 ACP magazine attachment can turn the SMG into a more accurate weapon that also has a higher rate of fire.

Setup for the Welgun SMG

The CoD expert JGOD explained in his latest Youtube video on Thursday how an ideal setup for the Welgun can look like. Important in the setup of the SMG is especially the muzzle and the barrel.

The increased rate of fire of the Recoil Booster and 120mm Gawain Short give the Welgun more aggressiveness in combat. For more precision, the underbarrel variant m1941 Hand Stop is used for this, in order to control the recoil better and to be able to shoot more accurately.

Incendiary is recommended as ammunition, because the bullets cause some additional fire damage when hitting the opponent. The grip, on the other hand, can be changed individually and is not decisive for the effectiveness of the weapon. While the Taped Grip is a good choice for target stability, the Polymer Grip helps out in terms of accuracy and recoil optimisation.

The same applies to the perks, which should be tailored to your own playing style. If you play aggressively, for example, you are well advised to use Frenzy and Quick. This not only increases your sprint speed, but also restores some life after kills with the Welgun. The magazine of choice is 9mm 64 Round Mags, which increases the reloading speed and capacity. Another alternative, according to JGOD, would be to use .45 48 Round Mags to increase the damage potential even further.

80FansLike
791FollowersFollow
18FollowersFollow
Previous articlePUBG shows what’s new with the Free2Play release in the trailer for Update 15.2
Next articleFactory Town in test: Automatic or manual, this construction game runs