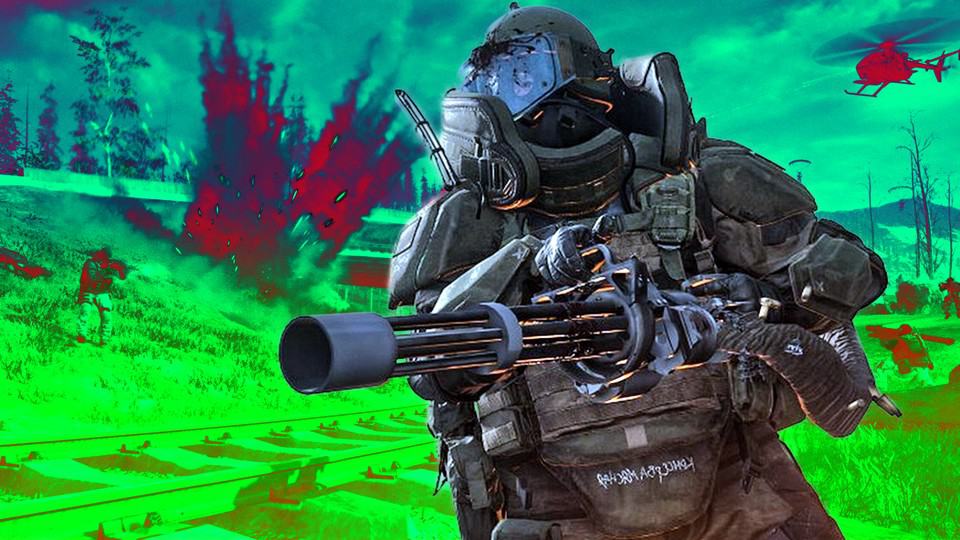 Juggernauts in Call of Duty: Warzone meets with criticism.

The meta of the Battle Royale gets problems because of the powerful killstreaks.

Juggernauts in Call of Duty: Warzone are currently making life difficult for players – or easier, depending on which side of the Minigun you’re on. At first, the powerful killstreaks were only available in the separate mode Juggernaut Royale, but then they were also available in the regular Battle Royale.

They work similar to the multiplayer of CoD: Modern Warfare: The bulky heavy battle suits only have to be put on once, then the player can keep them until death. Juggernauts not only use the Minigun to deal out and destroy vehicles in a flash, but also swallow a lot of bullets.

What is the problem?

In the meta-strategy of Battle Royale, Juggernauts are making big changes. In the course of a game, players can pick up a rare random drop or get a suit from a bunker. These players often win through to the final game because of their advantage. This changes the balance of the affected matches completely.

For example, in the last circles of CoD: Warzone, you can observe that juggernauts dominate the action there. Although players with a tank suit and a minigun are quite slow, Juggernauts can also sit in vehicles and therefore move quickly over the map.

In the last circle and the close-quarters combat, a Juggernauts with armor and destructive minigun has a strong advantage. Even so much so that the meta-strategy shifts towards effective countermeasures. Thus, previously unpopular items such as Riot Shield and Underrun Grenade Launcher are now often in fashion to counter the Juggernauts.

In social media, players of CoD: Warzone predominantly agree that the Juggernauts should rather be removed from the Battle Royale. A month ago, Reddit conducted a survey in which around 78 percent of the participants voted for the complete removal of the Juggernauts from Warzone:

Should Juggernauts be in standard warzone modes? from CODWarzone

So far, however, nothing has changed. But this does not stop the discussion among players, which partly leads to entertaining memes:

When I find a Juggernaut drop marker: from CODWarzone

We will have to wait and see what happens with the Juggernauts in the future. After all, big changes for Warzone are on the agenda on December 10th when the switch to CoD: Cold War takes place. Whether the Juggernauts “survive” this update is still unclear.

Still wanna play it ? Here is a Guide for all Juggernaut Easter Eggs