Champion Riven in focus – How to play the banished sword master 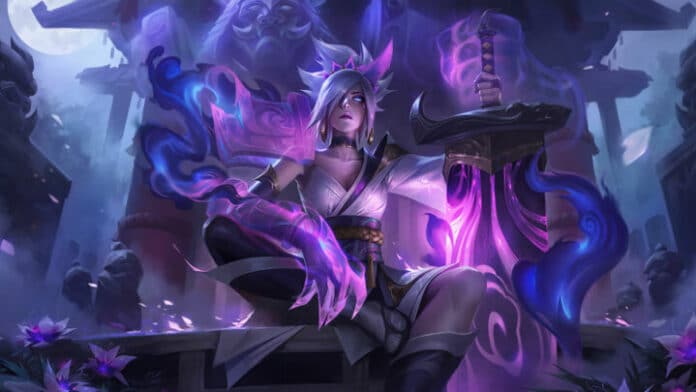 Fighter Riven is mobile, strong and has everything a good top laner needs. How you can best play her and what you should equip her with, we explain here.

Riven the Exiled is a strong AD top laner in League of Legends. With her massive sword, the fighter is just waiting to gain the upper hand in her match-up. But that alone does not tear down the opponent’s nexus. Because if you want to win with Riven, you also have to be mechanically skilled. In this guide we will tell you what you need to consider.

At the beginning of every LoL match are the runes. For Riven, an AD- and Ability-Haste-heavy build is a good choice. Conqueror gets increases just like Riven’s passive ability and is especially helpful because it can turn the additional damage of the passive into more healing. In the second rune tree, Transcendence is a must-have as Riven’s combos thrive on Ability Haste and less cooldown is always welcome with her.

Gathering Storm can also be swapped for Nimbus Cloak if Riven gets an advantageous match-up and can play with Ignite. The more aggressive Summoner Spell then benefits from the extra movement speed and generally lets Riven play more offensively. However, a Riven with Teleport fares better with Gathering Storm and thus AD buffs.

Sword and Shield in Early Game

As a classic top lane fighter, Riven is most excited about Doran’s Blade or Doran’s Shield at the beginning of the game. The blade allows her to stand up to other bruiser champions on the lane, while the shield lets her stand up to poke champions.

Among Mythic Items, Goredrinker performs best for Riven, who benefits from both healing and, of course, the additional Ability Haste. Against a team with a lot of physical damage, Ravenous Hydra and Black Cleaver as well as Death’s Dance and Guardian Angel are good options for the fighter. 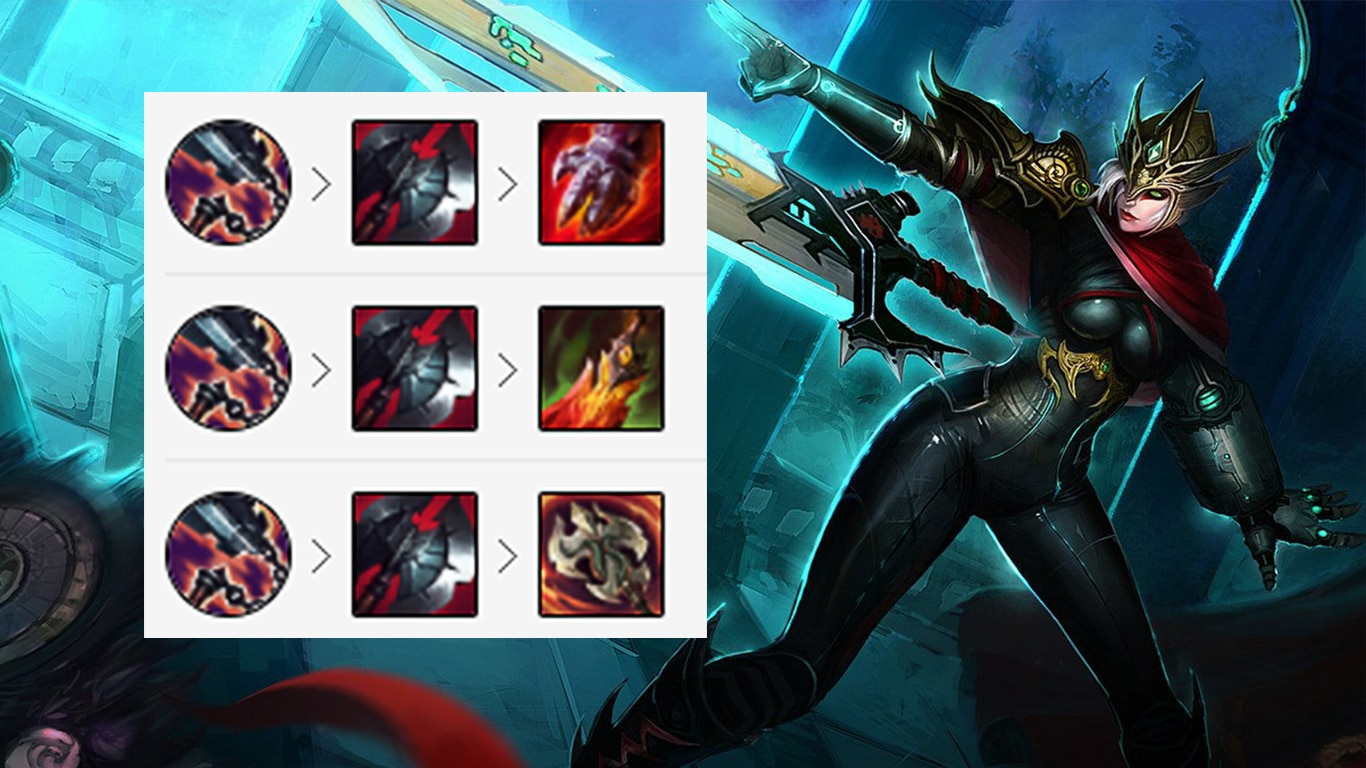 Course in the Summoner’s Rift

Riven’s entire kit revolves mostly around her Q ability and the cooldowns of it. “Broken Wings can be used by Riven three times in a row, each time giving her a different sword strike that also charges her passive ability.

The last of these strikes is particularly relevant, as Riven does a forward somersault here, which makes her very mobile. Not only when chasing enemies, but also when fleeing, it can be advantageous to use the Q quickly or to have the third strike ready. A core mechanic of this jump is also that it can easily send Riven over smaller walls.

In between your Q combos, however, you should not forget the normal auto attacks. From Riven’s passive ability, these are namely boosted by the use of skills and thus do more damage. So while your abilities are on cooldown, you can hit enemies with normal attacks. 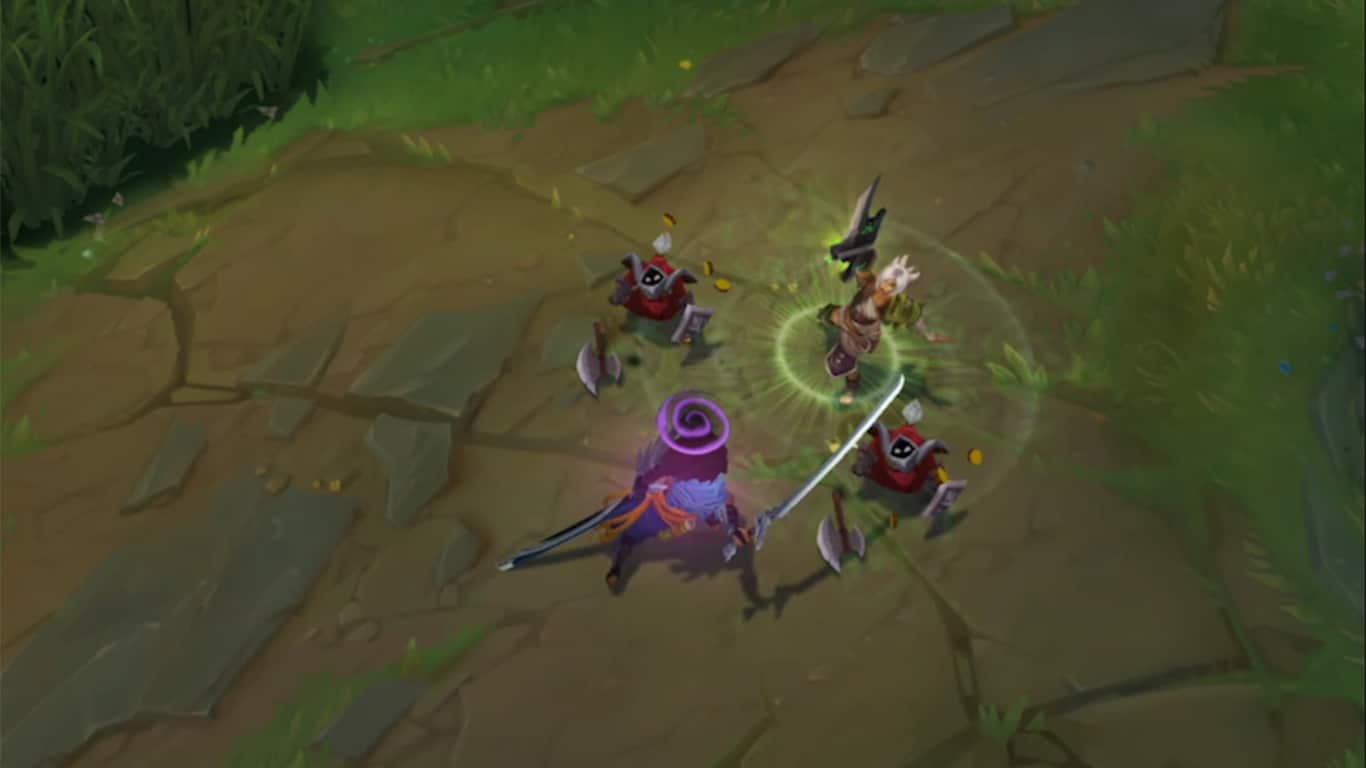 To prevent enemy champions from escaping while your Q ability is on cooldown, you should also include the W ability “Ki Burst” in your combo. Stunning them will prevent nearby enemies from escaping and buy you valuable seconds until you can jump after them again.

When pursuing enemies with low HP, the first charge of your ultimate ability is useful in addition to the Q-jump. This will give you increased movement speed and range. You may even be able to finish off severely weakened enemies with the ranged attack of the second R charge.

In a teamfight, however, the opposing team will hardly give you a free run at weakened champions. To prevent yourself from becoming a target, therefore, there is Riven’s E-ability “Valor”, which lets her jump a short distance and absorb damage taken in the process. This way you can protect yourself from enemy attacks for a short time, while you can dish out a lot of damage yourself.