opinion: Knights of the Old Republic is undoubtedly one of the best RPGs of all time. But a remake can polish up a lot more than the graphics.

Holy cybercrystal, I didn’t expect this at the PlayStation conference! Knights of the Old Republic is officially being revived on a next-gen level. The classic role-playing game from Bioware is getting a full remake for the PS5 and it seems that we PC players will also be able to enjoy it.

Sounds like Easter and Life Day all at once! Rumours have been swirling about a remake for months, but no one really expected this announcement at the Sony event of all things. Here’s the teaser again, which doesn’t have to show much to give you goosebumps: 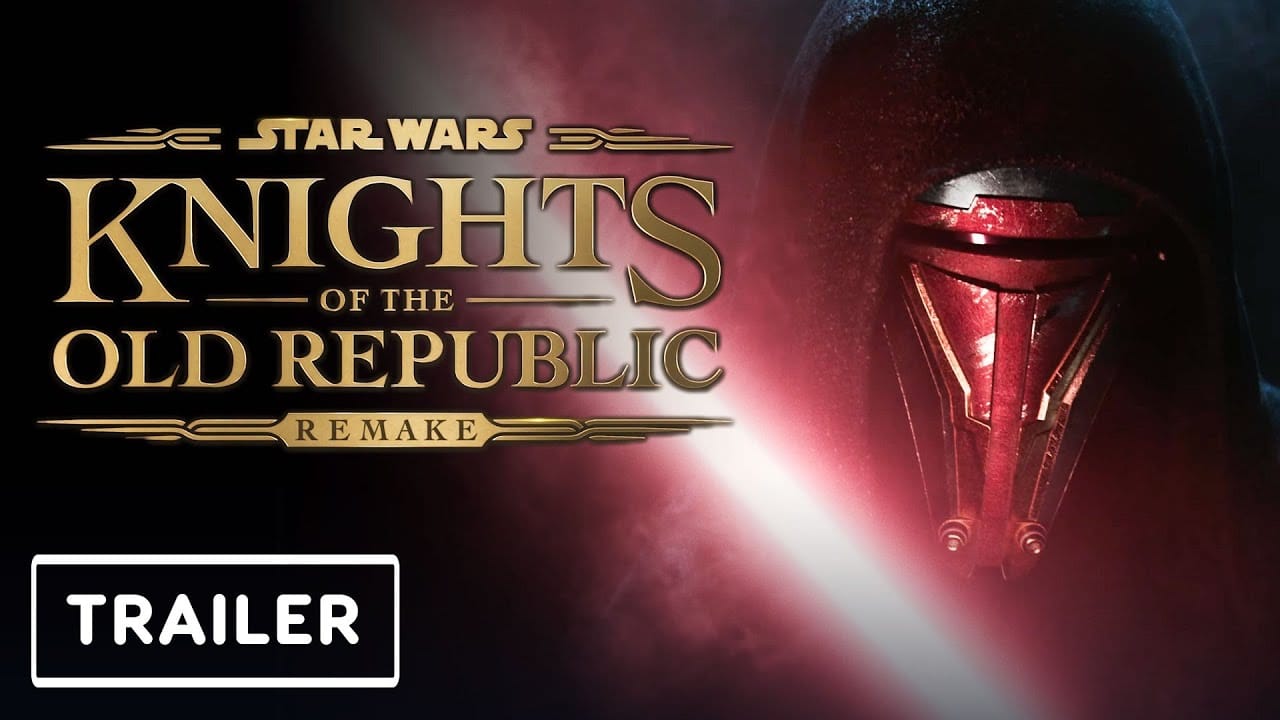 Why should you care? Well, because KotOR is not only one of the best Star Wars games of all time, it’s undoubtedly one of the best role-playing games of all time. In our ranking, the thing even landed at number 2! Before Badur’s Gate 2. Before Skyrim. Only The Witcher 3 is ranked even higher. And since Witcher 3 always ends up in first place on Global Esport News anyway, KotOR couldn’t have done better.

Now a few clever heads from the Imperial Academy will surely raise their hands and remark: But wait a minute! If KotOR is really that good, what’s to make a remake better? It’s a good question – and the first one I asked myself.

The answer might surprise you. Because if you think about it a little, the remake has to touch up a shocking number of areas.

Actually Stupid. Although I have fond memories of Knights of the Old Republic, the first thing I always see in my mind’s eye is that awful sewer system. You know, the filthy tunnels in the slums of Taris. How I hated those areas. There’s a glamorous sci-fi city waiting up there with clean streets and stylish bars complete with blue milk, and here I am crawling through the filth.

And if you think about it, we rarely get out of tunnels in Knights of the Old Republic. It doesn’t matter if it’s a space cruiser, an undercity, a military base or a Sith academy. Narrow passages are everywhere. Not every one of them is immediately a stinking sewer with Gamorrean guards. But the level design squeezes us into little tubes at every opportunity.

Even the actually open areas of various planets like Dantooine or Kashyyk are almost claustrophobic compared to areas in modern games. In addition, everything in one area looked very, very similar.

A remake could really deliver something here. Because once again, it will be a new edition from scratch and not a graphic remaster. So you can assume that there will be gameplay adaptations and even reworked levels. It was similar in the Mafia: Definitive Edition. Mafia already had good levels in the original. The trick with KotOR will be not to completely alienate the feeling from back then. Whereas … I could still do without the sewers.

By the way, KotOR is not the only Star Wars classic with questionable level design:

Fights: This needs to bang more!
I really appreciate Knights of the Old Republic for being a full-blooded role-playing game. Not an action-adventure with RPG mechanics. Not an action RPG with a slightly better story. No. In the engine room of this third-person adventure hums a proper classic role-playing game generator. Say, the game works a lot with random number rolls and generates tension through the tactical use of abilities or the right skill.

Although the game was originally released on Xbox first, Bioware did not deviate from what they learned from Baldur’s Gate at the time: strategic combat. Ok, KotOR never had that highly complex level. But it was also far from pure action. Battles were more strategic. Provided for frequent use of the pause button.

By the standards of the time, that was good. But today, the age of the classic is much more noticeable here. Of course, it has lost nothing of its tactical depth. But unlike other oldschool role-playing games, the third-person view ensures that the old-fashioned staging immediately catches the eye. Especially when it comes to the animations, a remake has to step it up a notch. If you play KotOR in 2021, the lightsaber duels will look something like this: 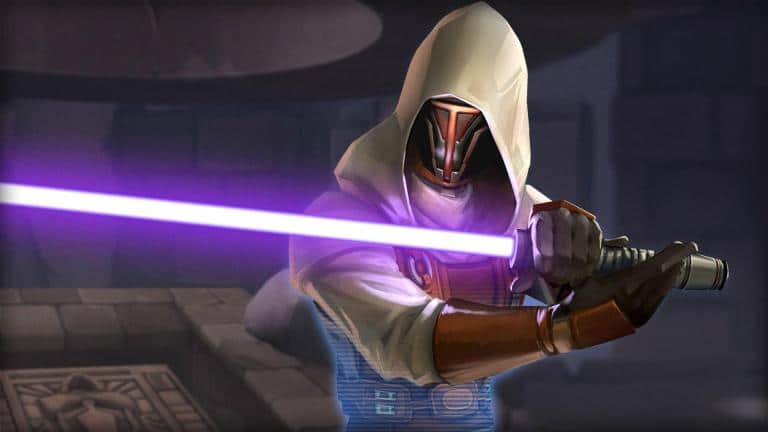 And while the developers are here, they should also work on the user interface for the battles in the same breath. Because even in the PC version of KotOR, it was very reduced. Instead of a skill bar in which all abilities could be clearly seen, you had to click through three slots for attacks, power abilities and grenades for each enemy. The system was surprisingly catchy, but a remake might take an even better approach.

Characters: May the remake touch the story?

With this point I am knowingly treading on very thin ice. Because the battles or the tube levels can be criticised. No KotOR fan’s head would swell. But now it’s time for the story and probably all of you are feeling a tremor of power right now. But never mind. I’ll just say it now: the remake should experiment a little with the characters.

Don’t get angry. There is no passion, only serenity. Yes, if anything still underlines the quality of KotOR today, it’s its story. We are talking about a story with probably the most famous twist in gaming history. And not so much should be changed here. But there is one area that is close to my heart.

‎Jedi Master Bastila Shan is one of the most important companions. However, the remake could st...
1 of 2

In my opinion, the remake would be a good opportunity to flesh out two characters a bit. I’m talking about the Jedi Master Bastila and Darth Malak. The great antagonist and our teacher. Nice, Star Wars-style duality.

Without going too much into the story: Bastila in particular was a character I never quite warmed to. The Jedi Master is supposed to guide me and thus be a point of orientation. But because of her distance it is not so easy to build up an emotional bond. There is a reason for all this, but nevertheless she misses her mark to some extent. In the worst case, she is annoying with her lectures. Here I would like the remake to find a better middle ground.

On the other hand, Darth Malak could do with a bit more personality. The big, bad Sith remains quite colourless in the original and his motivations remain one-dimensional even with flashbacks. Power lust again? Surely there could be more.

Little stuff and what else?
I’m definitely looking forward to the remake with great anticipation. Especially because it’s supposed to be a remake and not a graphic polish like Diablo 2: Resurrected. And even there, you hear again and again that players would have liked more improvements. For a more modern gameplay.

In KotOR, there are certainly numerous other little things that have become outdated, and I can’t even think of them all now. But all the mini-games like the space battles or the swoop race alone have my brain stored under “so-so”. And even though this article talks about many weaknesses: These are mainly things that are only disturbing at all through today’s eyes. KotOR itself was a milestone at the time.

And it is precisely such milestones that still deserve to make an impression twenty years later. Only then with new means.

What are your hopes for the KotOR remake? Are there things that bother you or can you not imagine the role-playing game without tube levels? Feel free to discuss in the comments!

CoD Warzone – Season 6: All known info about the release and the innovations

New World: What you should know before the Amazon MMO’s release

CoD Warzone – Season 6: All known info about the release...

New World: What you should know before the Amazon MMO’s release