Give Dead by Daylight a chance, otherwise you’ll miss out on something unique 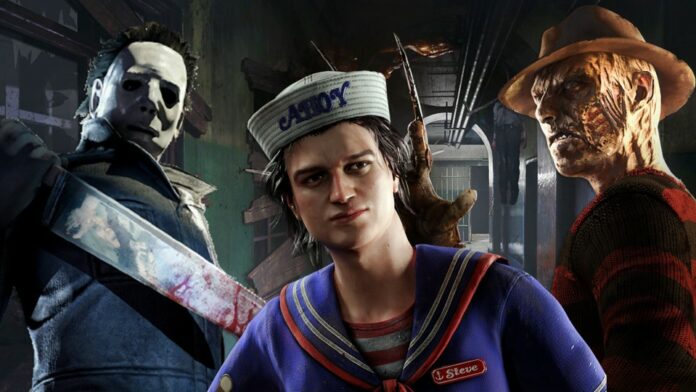 Dead by Daylight is a Steam phenomenon that gets far too little attention in Germany – but behind the horror facade hides one of the most exciting multiplayer games.

As of today, summer is officially over and you know what that means: Halloween time is getting a little closer with every passing day. Not only will many of you be watching horror classics like Halloween or Nightmare on Elm Street again, but you’ll also be craving spooky games.

So why not play a game in which you take on the role of iconic killers like Michael Myers, Ghostface or Pinhead? Dead by Daylight makes that possible. However, DBD has little to do with classic horror games that try to scare you with jump scares – and that’s a good thing! Because the truly unique gameplay captivates hundreds of thousands of players every day for a reason.

Why Dead by Daylight is so fascinating

This is certainly not the first time you’ve heard about Dead by Daylight, after all, the thing was already released in the summer of 2016. However, many who have never played it themselves believe that this is some kind of survival horror game where four survivors somehow have to hide from a killer.

Yes, of course, the killer has to finish off the survivors before they have started generators scattered around the map, thus opening the exit gates. In addition, each villain has appropriate and unique skills. The Trapper, for example, distributes bear traps, the Huntress throws axes and Michael Myers becomes stronger when he first stalks his victims and observes them from a distance. But the whole thing has very little to do with a game of hide and seek.

Dead by Daylight - View Screenshots
1 of 10

Dead by Daylight is more of a hardcore PVP game where time is your most important resource. Once the game has begun, every second counts. As a killer, you have to track down the survivors as quickly as possible and stop them from making progress on the generators by any means necessary. Ideally, of course, by knocking them out and hanging them from one of the meat hooks scattered everywhere. If you do this three times or if the victim is not rescued by his or her fellow players, the game is over for him or her.

As a survivor, you can’t fight back with violence, but there are plenty of ways to steal time from the killer. Since survivors have the advantage of playing from a third-person rather than first-person perspective, professionals can engage the killer in minute-long chases while the rest of the team continues to work on a successful escape.

Also, since you have the option to customise your characters with dozens of exciting talents and add-ons between matches and always try out new builds, Dead by Daylight never gets boring despite the seemingly always same matches. Every opponent has a different play style and you can succeed even without quick reflexes, as long as you just play smart and master the art of mind games.

The community around the game, which has always flown somewhat under the radar in Germany, continues to grow. Every day, between 60,000 and 80,000 players usually play at the same time at peak times; at special events or when new killers are released, even six-figure player numbers are occasionally reached.

If you want to give Dead by Daylight a chance, we recommend the YouTuber and streamer Otzdarva – on his channel he has hundreds of videos in which he explains the game in a beginner-friendly way and gives tips on really every conceivable topic.

This is why Dead by Daylight is especially worthwhile right now

But why is it worth getting into right now? On the one hand, of course, because Halloween is coming soon and there is hardly a multiplayer game in which you can be so beautifully creepy together with friends – only Phasmophobia can keep up in this respect. Those who prefer to play solo simply slip into the role of the killer.

But of particular interest to all newcomers is the fact that the matchmaking system has just been reworked: Previously, it was possible for beginners to play against professionals who already had thousands of hours under their belt. – If they had not played for a few months, they could drop to the lowest rank again. Now the player search is based on your skill.

In addition, another horror film legend, Pinhead from Hellraiser, was recently brought into the game: the cenobite can shoot chains and thus slow down the survivors for a short time. The puzzle cube from the films also appears in the game if you play Pinhead. If you find it, you can torture all the survivors at the same time.

Last but not least, you only have a few weeks left to buy the very cool Stranger Things DLC – the licensing agreement between developer Behaviour and Netflix expires on 17 November 2021. The demogorgon will then be replaced by a generic monster for future buyers. However, if you own the DLC before then, the included characters will keep their Stranger Things look.

GTA Remaster Trilogy: Higher system requirements than GTA 5, but why only?

Is Battlefield 2042 really faster? Now there is an official answer

GTA Remaster Trilogy: Higher system requirements than GTA 5, but why...

Is Battlefield 2042 really faster? Now there is an official answer