Witcher and Cyberpunk: All the new games CD Projekt Red is currently working on 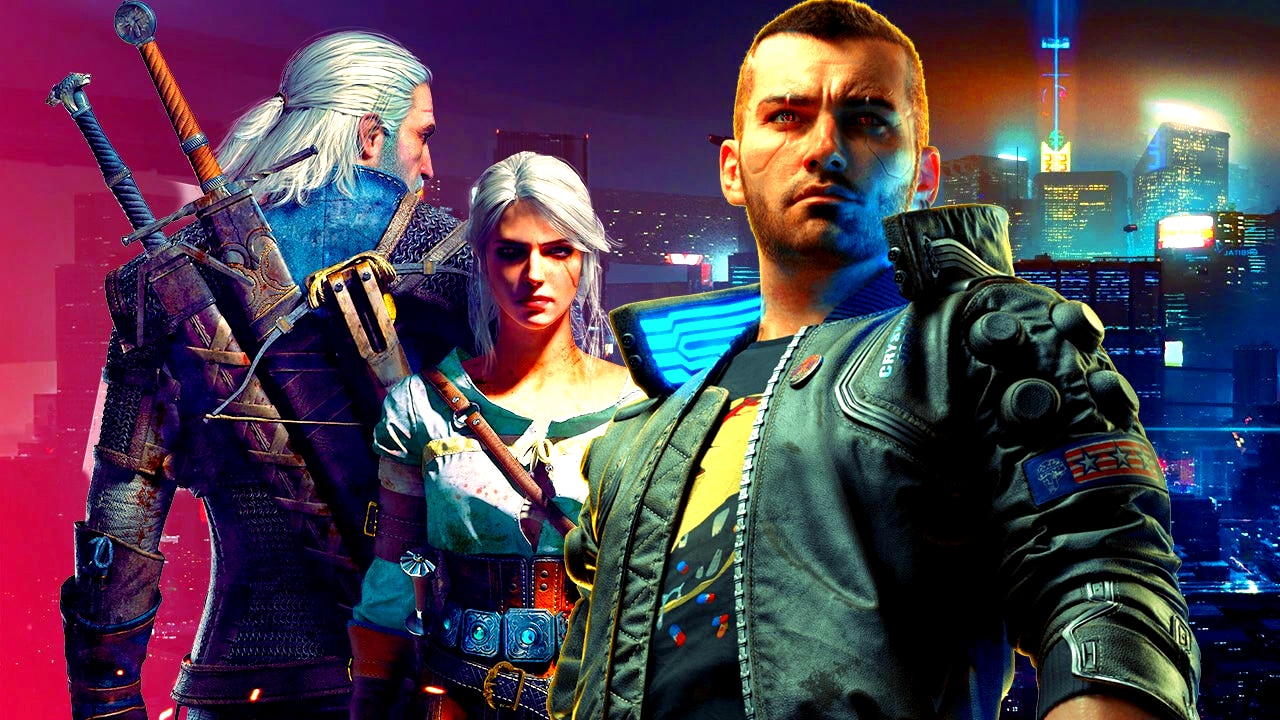 CD Projekt Red has already let us look far into the future. Find out what new Witcher and Cyberpunk games are in store for us in this overview.

What”s next for The Witcher and Cyberpunk? We can already answer this question. After all, CD Projekt Red has already let us look far into the future as far as new and upcoming projects are concerned. Not only is a sequel to Cyberpunk 2077 planned, but there will also be five new Witcher games.


In this list we provide you with an overview: What CD Projekt Red has already revealed about future games – and what we know about them so far. 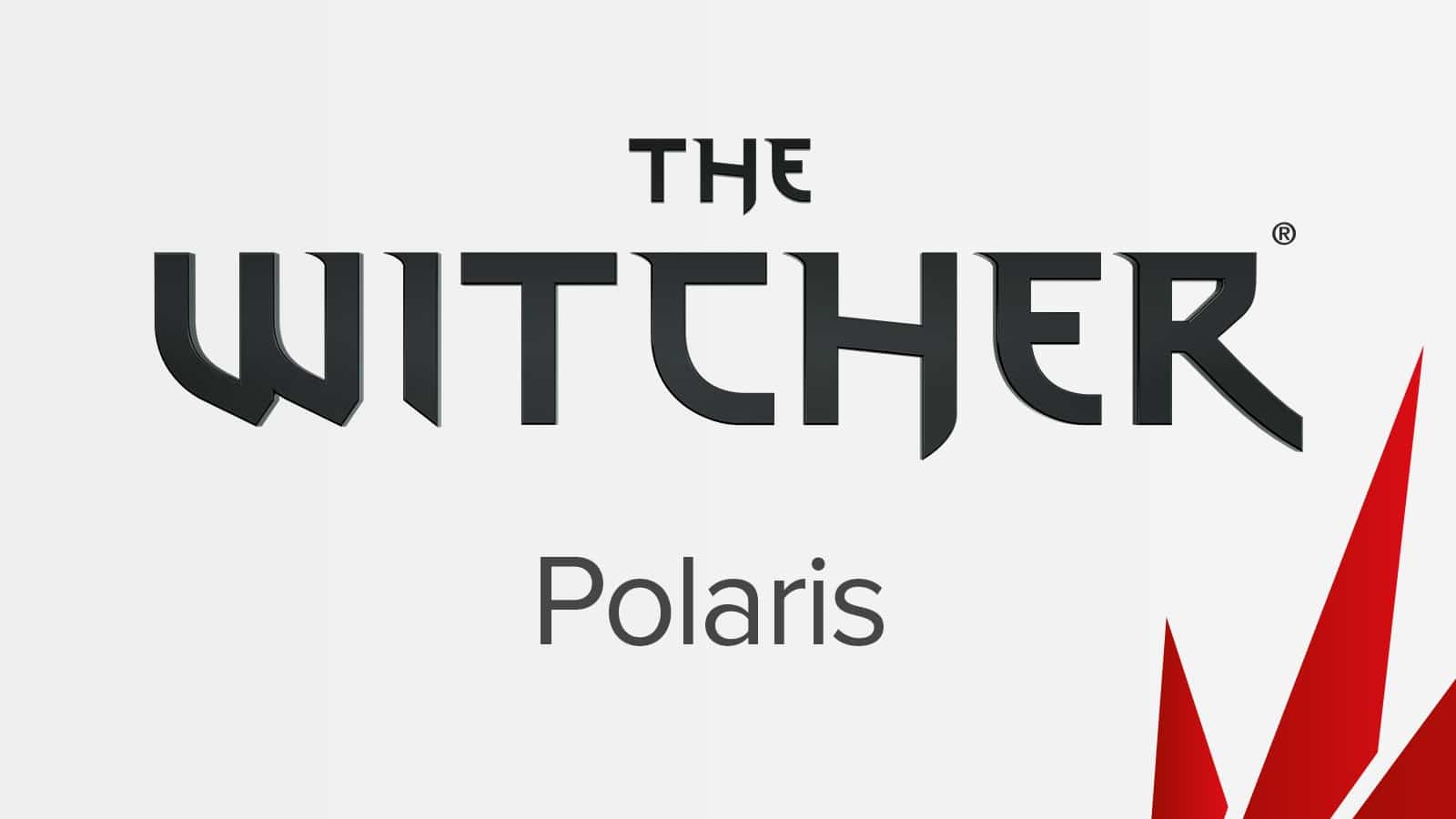 What kind of game is this going to be? The Witcher 4 is coming! But it will most likely not be called The Witcher 4 and is currently being developed under the working title The Witcher: A New Saga begins. Nevertheless, CD Projekt Red will probably continue the Witcher series, focusing on a new main character instead of Geralt in the course of a new chapter. Who this will be is currently unknown. One or the other fan might hope for Ciri, which would be supported by a theory about the lynx medallion in the first teaser.


Like The Witcher 3, Project Polaris is to be an open-world role-playing game. The story stands on its own and does not require any knowledge of its predecessors, at least two Polaris sequels are planned. Furthermore, the Unreal Engine 5 will be used, after CD Projekt Red said goodbye to the in-house Red Engine.

The pre-production of The Witcher 4 already started in May 2022, but the actual development will only start after the release of the story add-on Phantom Liberty for Cyberpunk 2077. Incidentally, Jason Slawa, who was already responsible for Gwent: The Witcher Card Game as game director, is in charge at Polaris.

What kind of game is this? This project is – unsurprisingly – about a remake of the very first Witcher RPG. CD Projekt Red has officially announced this on the 15th anniversary of Geralt”s gaming debut. The Witcher remake will also use the Unreal Engine 5, in which the game will be rebuilt from the ground up. 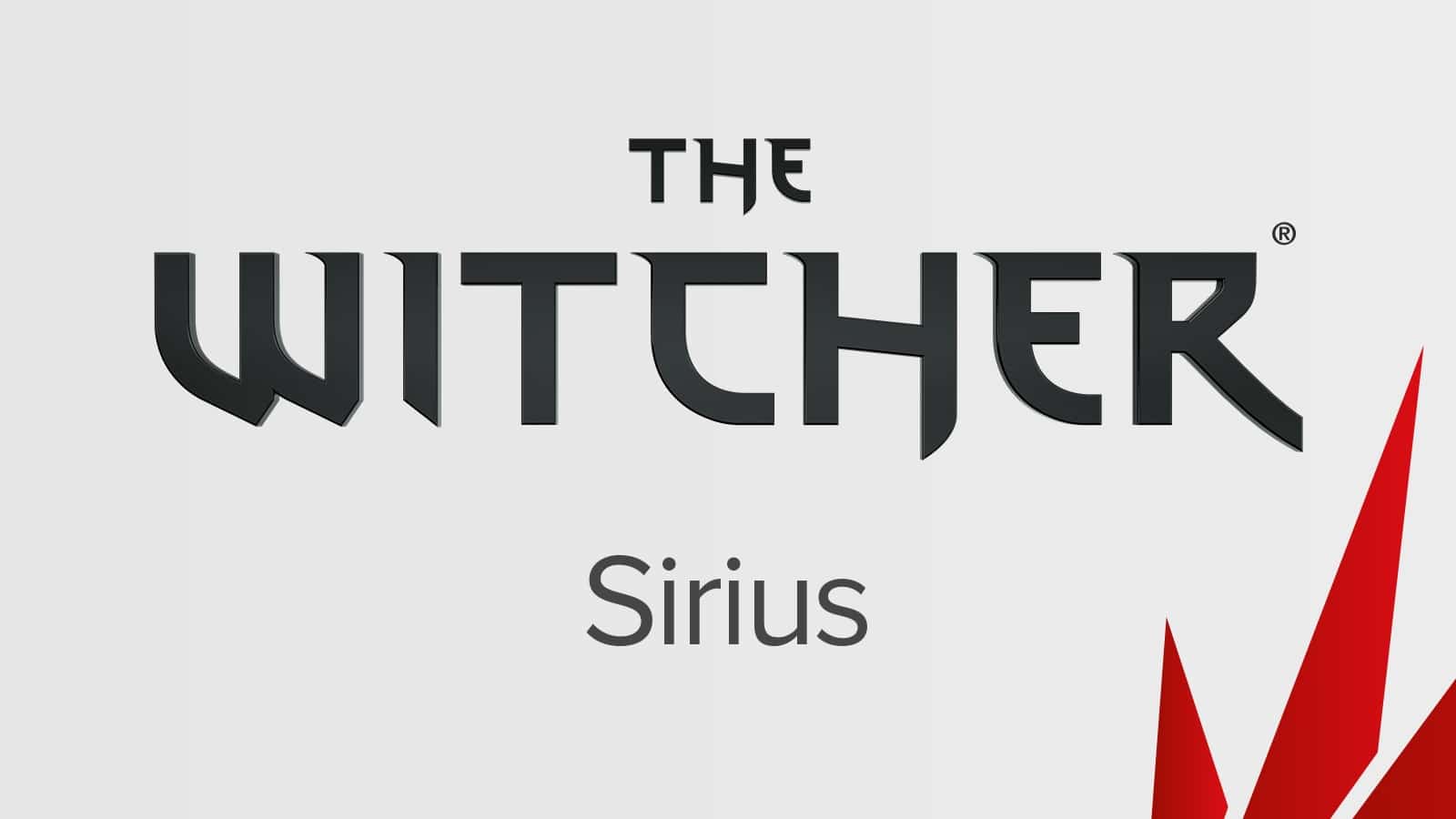 What kind of game will it be? Project Sirius is not intended to be a classic Witcher role-playing game in the style of The Witcher 3 or Project Polaris, but instead to appeal to a broader audience. What exactly that means remains to be seen. Michal Nowakowski from CD Projekt Red promises that Sirius will not be a mobile title. In addition, the game will combine single and multiplayer.

The Molasses Flood is primarily responsible for the project. The development studio behind survival titles such as The Flame in the Flood or Drake Hollow was acquired by CD Projekt Red in October 2021, but is not developing Sirius on its own, but is receiving support from its parent company.

What kind of game will this be? Besides Project Polaris, CD Projekt Red is planning another AAA role-playing game with a story focus. Here, however, CD PR is not acting as the developer itself, instead a previously unknown studio is working on it. CD Projekt Red will take on the role of the publisher.

What kind of game will this be? Yes, you are of course right. Phantom Liberty will not be a game of its own, but a story add-on for Cyberpunk 2077. Nevertheless, we did not want to leave the project unexpected in this review. After all, Phantom Liberty takes the highest priority for CD Projekt Red at the end of 2022, before other projects enter the hot phase.

Phantom Liberty will be the first and only story DLC for Cyberpunk 2077 and is said to match the Witcher 3 addons for Hearts of Stone and Blood and Wine in terms of scope. Keanu Reeves returns as Johnny Silverhand for the expansion. There are currently no concrete details about the story and content, but the first trailer already reveals that we are working in the role of V for the US government and trying to uncover a conspiracy. 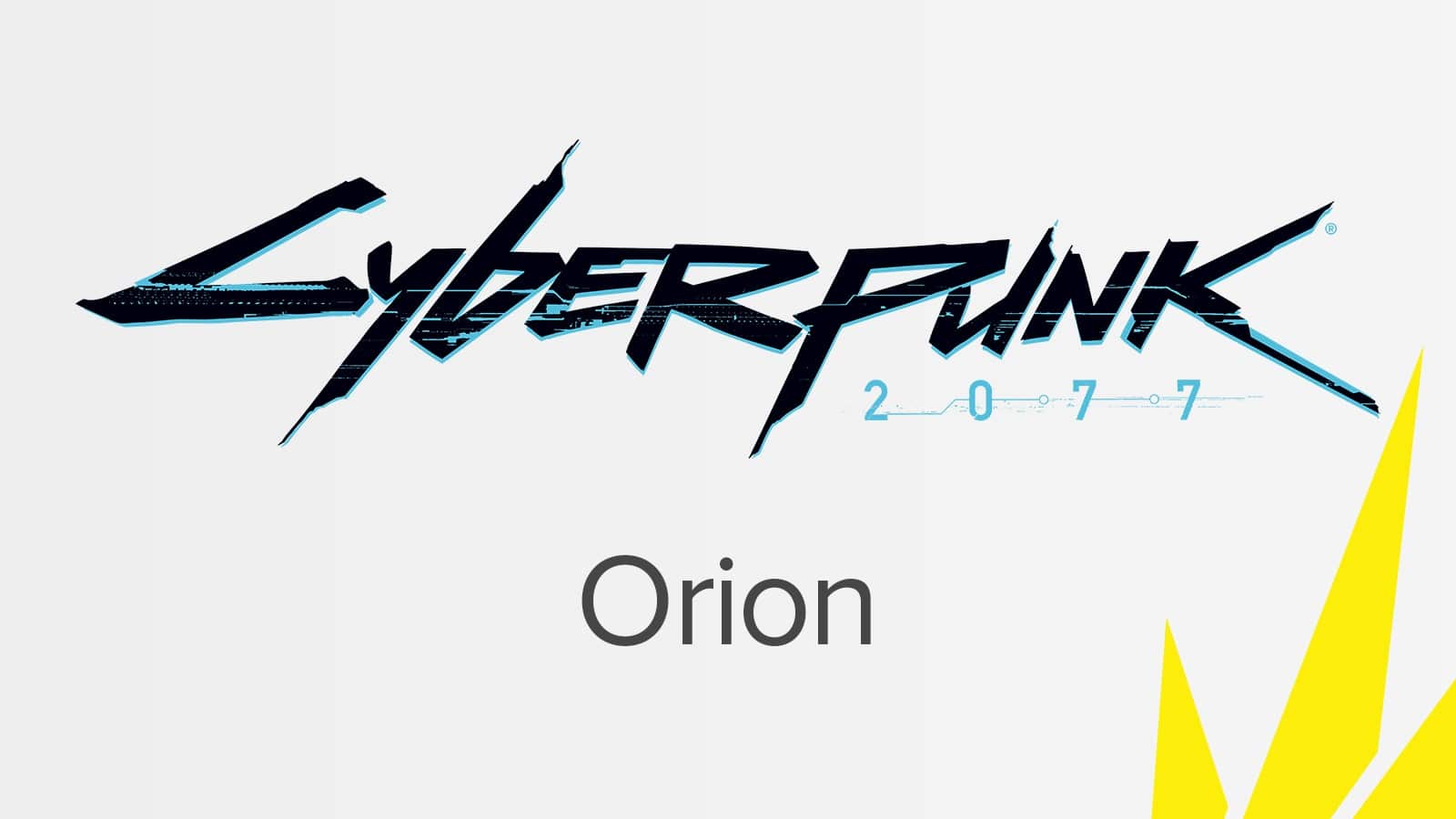 What kind of game will this be? CD Projekt Red didn”t say it at the official announcement, but it”s safe to assume that the next Cyberpunk will also be a role-playing game. After all, Project Orion is supposed to further develop the Cyberpunk brand and additionally exploit the potential of it.

In October 2022, the development of Project Orion has not yet started. This is because the appropriate personnel must first be recruited for the newly founded studio CD Projekt Red North America, which will make common cause with the Vancouver team for Orion. Up to 350 to 500 developers are expected to work on the new cyberpunk under the direction of Piotr Nielubowicz, for which the CFO of CDPR is relocating to the USA. 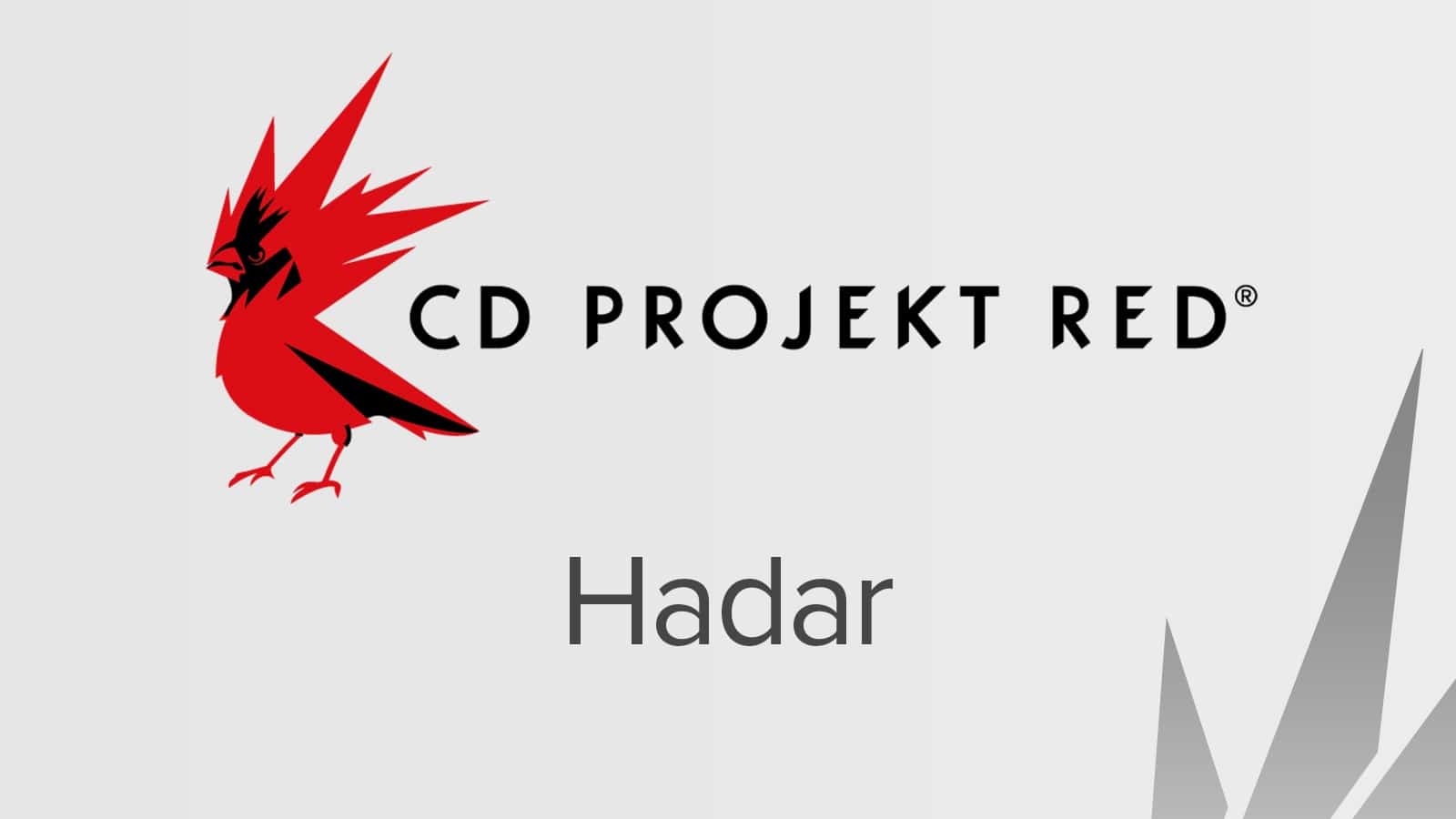 What kind of game will this be? At the moment, most questions about Project Hadar remain unanswered. What is certain is that the game will not be based on a foreign brand such as The Witcher or Cyberpunk. Pojekt Hadar will be CD Projekt Red”s completely own thing.

What genre the game will belong to and when we can expect a release remains questionable at the moment. It cannot be ruled out that Hadar will be a role-playing game with open world elements, as CD Projekt Red has probably gathered the most experience in this area. However, this is mere speculation.

Since CD Projekt Red plans to include multiplayer elements in almost all of its future projects, they could also be used in Project Hadar. However, we will probably have to wait quite a while until we see something solid about Hadar. The project is currently still in the concept phase, the actual development has not even started yet. Wait and see.

By the way: If you are interested in what developers who previously worked on The Witcher or Cyberpunk 2077 are now working on, you might be interested in the following overview. We have summarised for you what exciting projects some completely new studios are working on that are made up of former employees of CD PR.

What do you think of CD Projekt Red”s future plans? What new games would you like to see from the makers of The Witcher and Cyberpunk 2077? Let us know in the comments!

Share
Facebook
Twitter
Pinterest
WhatsApp
Previous article
Test: Mount & Blade 2 is finally finished – was 10 years of waiting for the medieval role-playing game worth it?
Next article
Persona 5 Royal in review: a role-playing masterpiece that deserves your attention