Battlefield 2042: Now even the bots are misbehaving 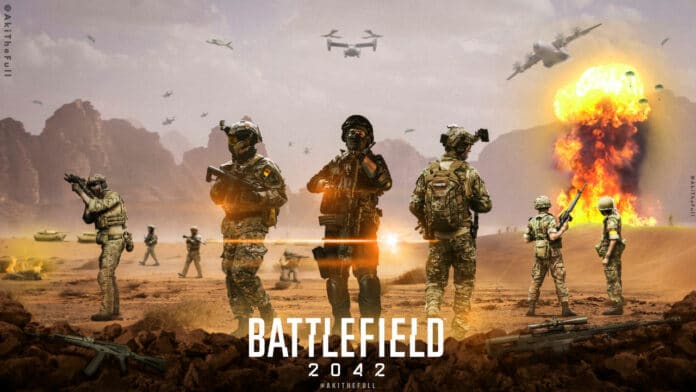 A smart and realistic AI is actually desirable in multiplayer shooters. The bots in Battlefield 2042, however, overshoot the mark somewhat.

Battlefield 2042’s open beta is in full swing. Series fans can finally explore the new maps, engage in thrilling battles with team members and get teabagged by the bots. Wait, what? Yes, you read that right: The computer-controlled opponents seem to have copied some of the inappropriate behaviour of many real players – which is currently causing amusement in the social media.

How you can participate in the Battlefield 2042 beta yourself, we explain to you here:

Battlefield 2042: How to download the beta on Steam, Origin and Epic

Where are the manners?

The stumbling block are some videos from the Battlefield 2042 beta, which are posted by streamers on Twitter and co. In them, you can see the bots offending common decency in several ways.

In one video by the streamer JGOD, the bot apparently considers it necessary to give the lifeless body of the player a few additional bullet volleys after the kill. Such behaviour is actually frowned upon in eSports circles: a few months ago, a team in Call of Duty Mobile was excluded from a tournament because the players had shot at the already defeated opponents.

Battlefield 2042 has bots in the Beta and they are Very Toxic 🤣🤣🤣BattlefieldBeta pic. twitter.com/rrNAxddFyZ

But desecrating the dead isn’t the only toxic behaviour that the bots in Battlefield 2042 are sporting. The ever-popular teabagging is now also part of the AI’s behavioural repertoire. So, should you bite the virtual dust, you may find yourself watching your assassin rise and fall over you several times.

AI soldiers can &39; (dip dip dip) you if they kill you with a third person melee takedown BattlefieldBeta 🤡

It’s unclear whether the current behaviour of the bots are merely coincidences resulting from faulty animations or other reasons, or whether the AI developers at DICE have simply overshot the mark somewhat. However, players are currently amused by this and do not hold the bots’ lack of social behaviour against them.

Have you also been a victim of inappropriate bot behaviour in the Battlefield 2042 open beta? If so, please vent your grievances in the comments section and find like-minded people. We feel for you.

Cyberpunk 2077: The mood turns on Steam, this is what’s behind it