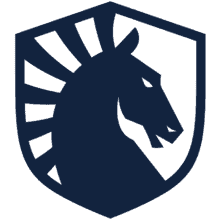 The Clan Liquid was founded at the end of the year 2000 by the Dutch StarCraft player Victor “Nazgul” Goossens. In StarCraft: Brood War, Liquid was long considered one of the strongest teams outside South Korea. With the release of its successor StarCraft 2, a new team was formed, consisting partly of Team Liquid’s SC:BW players and partly of new recruits.

On 6 December 2012 the organisation was extended by a Dota 2 team, which belonged to the extended world elite until its dissolution in 2014.

At the beginning of 2015, the team merged with Curse Gaming and took over, among other things, the top-class League of Legends team from Curse, which plays in the North American professional league LCS. The organization also presented a lineup in the discipline Counter-Strike: Global Offensive for the first time on January 13, 2015. Team Liquid hired the former Team Denial E-Sports around Nick “nitr0” Cannella. The team was initially strengthened in 2016 by the Ukrainian Aleksandr “s1mple” Kostyliev and from June 2016 by the Dane Jacob “Pimp” Winneche. In July 2016, Liquid entered the final of ESL One Cologne 2016 and lost there against SK Gaming.

Team Liquid won The International in August 2017 and the associated prize money of almost eleven million US dollars.